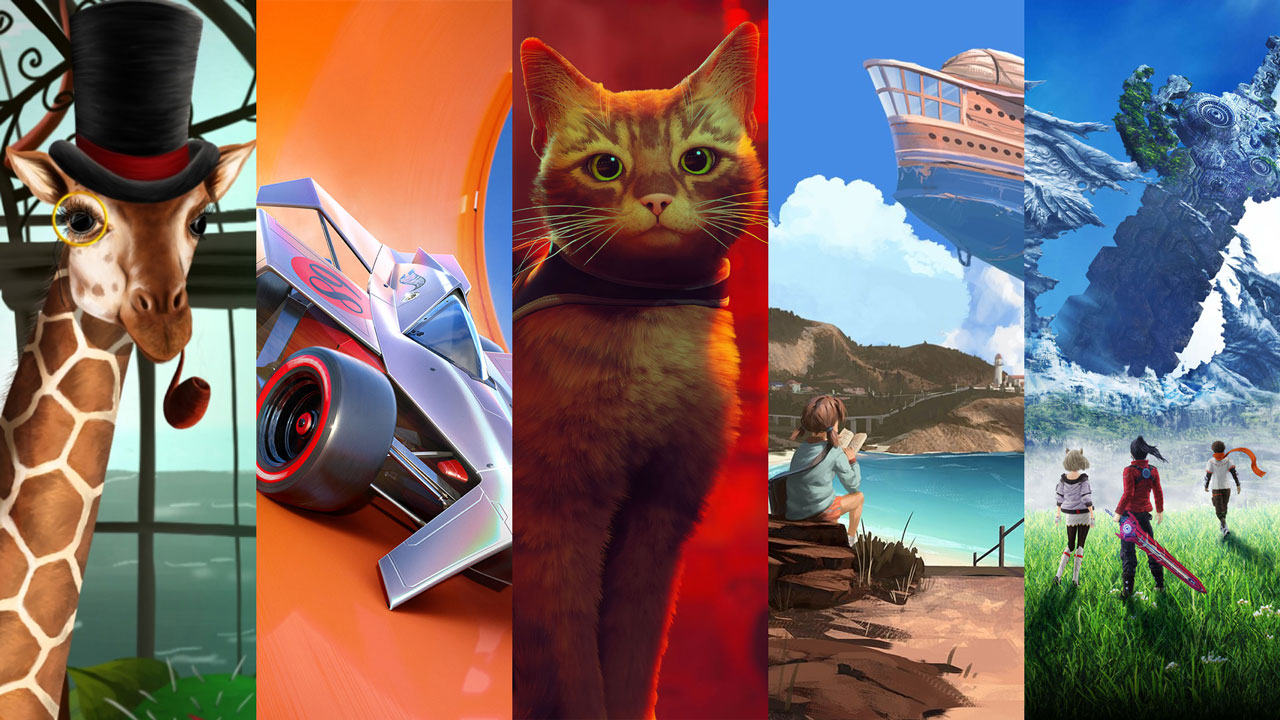 Millennia from now, Internet archaeologists will mine the horrifying depths of the ancient World Wide Web and come to a unanimous conclusion: those guys really dug cats. Whether you like your cats sassy and carefree, overwhelmingly fat or comically laden with a bad case of the ol’ Monday grumps, the Internet has always got you covered for cat-related content. Have video games always catered to the cat-loving crowd though? Sure, Palicos are cute I guess, anime cat ears are great, the cat-based gun in Postal was…controversial…but how often do you get to roleplay as an actual stray cat? Like my houseplants, July is a bit dead, but many will no doubt be unwittingly staring into the butthole of July 19 as it strides around acting like it owns the joint, hoping a feline overlord will bring salvation.

Winter in the Southern Hemisphere is going off this year. Thick socks, hot drinks, heavy blankets, and lengthy Japanese RPGs will get us through. A shame that it is all stuffed in the arse end. The 29th is bringing more good times than these buxom jorts can responsibly handle. In order of descending importance, we are treated to the mysterious-looking Digimon Survive (my #1 pick for July), the hopefully redemptive Xenoblade Chronicles 3, and lastly, the ambitious immersive space-colony sim RimWorld is coming to console. In the meantime, I am keen to burn rubber in lieu of wood and give F1 2022 and the new Hot Wheels DLC for Forza Horizon 5 a rev to scrape through the month. My quiet fear for July, though, is a bit of JRPG burnout. Live A Live crawls out of the SNES era with a sexy 2D-HD remake. Bottom heavy July gets this sexy, multi-protagonist JRPG artifact on July 22. Let’s appreciate the calm before the storm. Nobody has enough hours in the day for all the fun in that last week of July.

The second half of the year officially kicks off this month, and although it might not have many heavy-hitters, July looks like it’ll be a good time for adventure game fans. Things start off spooky though, with MADiSON releasing on July 8 after its delay last month. Like everyone I’m keen to see what Stray is all about, and As Dusk Falls has my curiosity is piqued given it’s from former Quantic Dream devs. The two games I’m most looking forward to however are Wayward Strand, the Aussie-made heartfelt narrative-driven adventure where you play as a budding teenage journalist onboard an airship hospital, which lands on July 21, and Lord Winklebottom Investigates, a point-and-click adventure where you play as a dapper giraffe detective, which releases on July 28. The question is though, if a giraffe wore jorts, how would they wear them?

Yes, Annapurna publishes the kind of games that tickle my pickle. Yes, I like adventure games set in interesting worlds and yes, I love cats, so I’ll absolutely be playing Stray…but so will everyone else, so I won’t gush about it more here. July has more than cute ginger cats weaving through busy, robot-run streets anyway, kicking off the month with a spooky horror game in the same vein as P.T.. MADiSON could well and truly end up being another copycat (I know, more feline references, I’m sorry), but I’m happy to go along for the ride and find out. The other two titles that have my attention this month have the audacity to launch on the same day, which is rude. First there’s Escape Academy, a first-person puzzle game built around the framework of those escape rooms that were massively popular a few years back. Secondly, there’s Loopmancer, a colourful action roguelike set in a cyberpunk world. Both are on my must-play list, but for completely separate reasons, just how I like it. e.

What games are you keen for in July? Let us know in the comments or on social media.