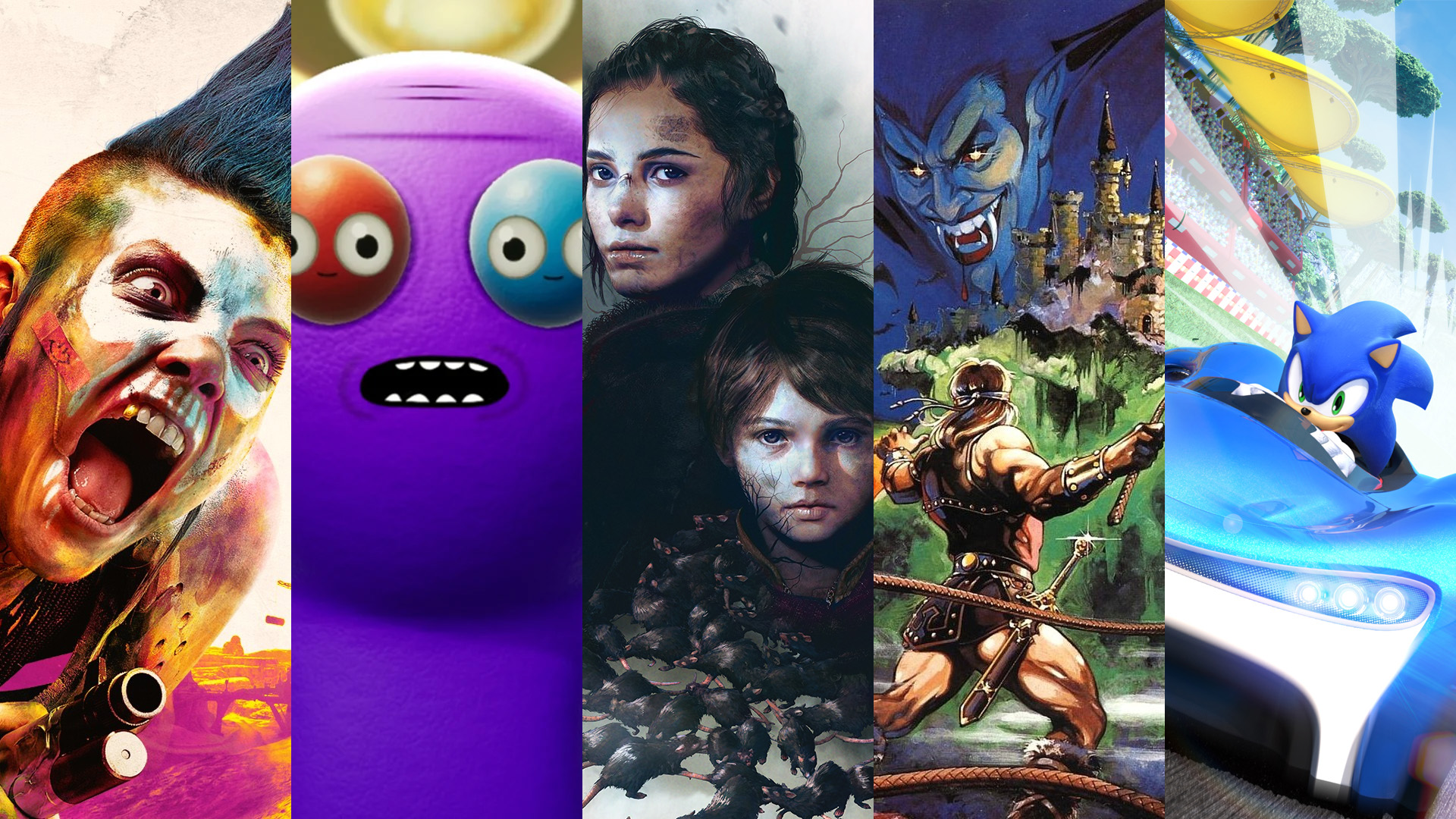 With Days Gone having come and gone, Rage 2 is in the enviable position of being the only major AAA release this month. There have been solid rumours that Half-Life 3 will be released on April 1st though so it might have to share a slice of the spotlight (how did I do?). The Switch also continues to gobble up ports like it’s playing Settlers of Catan, with this month including a heavy dose of Resident Evil. So what’s got the dukes of denim at WellPlayed excited this month?

The only major title I’m waiting for in May is RAGE 2. I’m a big fan of what Id Software have done with their franchises this generation and while I wasn’t a huge fan of the original, RAGE 2 seems to be a step-up in every department, reminding me of a holy matrimony between DOOM and Mad Max.

Outside of that, PSVR appears to have another month full to the brim with a variety of exciting titles. Creator of Rick and Morty is bringing his ridiculously funny platformer Trevor Saves the Universe. Secondly, Sony is set to finally launch its cinematic blockbuster Blood and Truth to PSVR, bringing what looks like a highly polished AAA romp with a hint of James Bond.

For me, this May is a month of pandering to the old. As a 27-year-old, I believe that makes me qualified to be the ‘haha I’m so old’ person at parties. This privilege is revoked when I hear somebody younger than me say the magic words and steal my baton. Only then will I be really old. But until then, I’ll be abusing my powers this month to get stuck into games that cater to my nostalgia. Castlevania is getting an anniversary collection this month, including every game in the series on the NES as well as some extra goodies like the Japan-only Famicom port of Kid Dracula. One of my favourite games on the GBA is Circle of the Moon, so you can bet your bippy that I’m going to crank out those classics again. Shame about Simon’s Quest, though. I think I can skip that one.

I, like a cultured gentleman, had a DS back in the day. That said, I remember this kid back in my wee-one years that had a PSP. She loved to brag about how good it was, how much better than the ‘Doing Shits’ console I held in my feeble hands. I didn’t really mind because I had Nintendogs, a game universally agreed to be ‘the shit’. She, on the other hand, learned to shut her mouth as the PSP’s release schedule grew drier and drier with each passing year. I completely forgot where the segue was meant to be here, but Little Friends: Dogs and Cats looks like Nintendogs. And I like a clean slate much more than the idea of being confronted with my decade-long neglect of my original virtual pets. Finally, Total War: Three Kingdoms takes the series where it’s never been before: China. More specifically, the ‘Three Kingdoms’ period of the third century CE. Finally, I get to be my boy Sima Yan! Rewriting history is always fun, particularly if it’s done in the boundaries of a good game… but look, I’m going to come clean here. I’m not actually that good at video games. The thing, though, is that I’m also a huge sucker for punishment. When a game kicks my arse, I feel alive; I love games that step on my face and make me call it ‘mummy’. Enter Super Meat Boy Forever, a sequel to a game that was so good at what I love that I needed a cigarette afterwards. If it’s anything like its predecessor, I’m going to need to set the mood before I play it. Candles, music, chainsaw…how romantic!

So, with May 2019, we arrive at what can best be described as a ‘lull’ month. A time of fewer major releases and a perfect opportunity for some of us to start clearing those mounting backlogs. Not that there’s absolutely nothing on the horizon, mind. I’m very much looking forward to seeing the next chapter of Sean and Daniel’s journey in Life is Strange 2‘s third episode early on in the month. After that is Rage 2, a game I’m very keen to play (and have played at events in the past and adored). I’ve actually just recently gotten stuck into Far Cry New Dawn which is actually giving off some slight Rage 2 vibes in places, so the hype is ever-present for me.

After I’ve got my sci-fi thriller fix coming from Observation, my Justin Roiland fix coming from Trover Saves The Universe and my art-y horror fix coming from Layers of Fear 2. Best-slash-worst of all though, I’ll finally get my hands on Team Sonic Racing and be able to decide, once and for all, if it can even hope to fill the shoes passed down by the greatest kart racer of all time: Sonic & All-Stars Racing Transformed. My guess is it won’t.

Damn, I’ve actually got a packed month ahead, huh? Backlog will have to wait some more, I guess.

I can’t believe it’s May already – I swear time goes faster the more my backlog piles up, making it almost impossible to catch up. May kicks off with a neat looking horror game called Close to the Sun releasing on May 2. It oozes Bioshock vibes and is inspired by the great man Nikola Tesla. I’m currently reviewing the game so check back in a couple of days for the final verdict. Next up we ditch the jorts in exchange for some budgie smugglers, with our good friends Juicy Cupcake launching their underwear brawler Brief Battles on May 7. We’ve covered the title extensively (they and it were our debut Made In Australia feature dev/game), and from what I’ve played it’s going to be a hit for fans of couch party games.

While it’s easy to get my jorts to crinkle from possible excitement, it’s rare that they completely tighten to the extent that they look like spray-ons. One game that has achieved this rarity is A Plague Tale: Innocence, a game about the Black Plague, French Inquisition, and the survival and relationship of siblings Amicia and Hugo de Rune. I’ve gone hands-on with the game’s first three chapters and said it ‘could be one of the most unique and compelling storytelling experiences of 2019. Let’s hope I haven’t gone the early crow.

Draugen (exact release date is still TBA) has been slated for a May release and it’s a game I’ve been keeping an eye since its release. A mystery-solving walking simulator set in the gorgeous fjords of Norway. Yes please.

In this article:blood and truth, Guacamelee, juicy cupcake, May 2019, Rage 2, Resident Evil, Tight in the Jorts, trover saves the universe