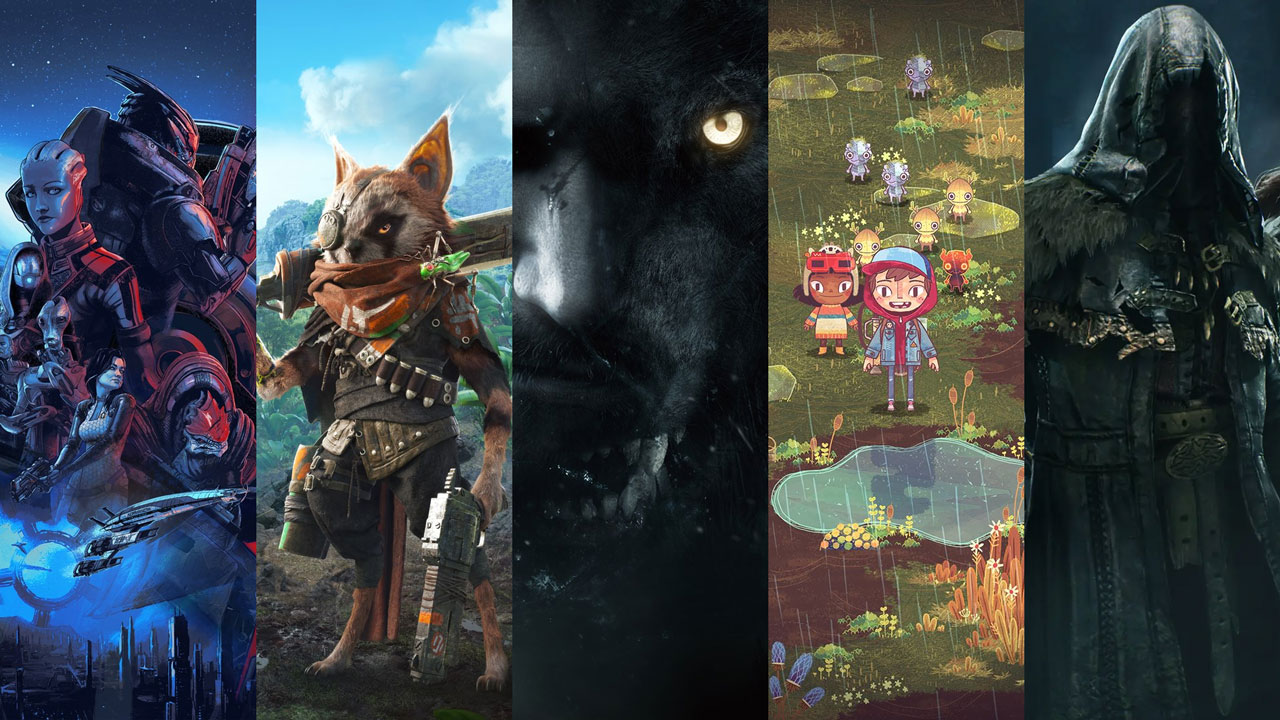 Like a 20-foot-tall vampire, Lady May slinks seductively through a seemingly tiny doorway, until you realise that May is actually massive and it’s the doorway that is tiny. It’s massive mostly because Resident Evil Village gets the chance to howl at the moon, but also because quiet achiever Biomutant finally sees the harsh light of day. Will the oft-delayed title buckle under the weight of expectation, or will it inspire a whole new generation of furries to take up the time-honoured trade of…being a furry? Either way, the one constant is jorts – tight, bountiful, never-ending jorts. So what’s keeping WellPlayed’s jorts tight, bountiful and never-ending in May?

So blessed to be able to share the anticipated titles that have these brand-new, thermal-lined jorts ready to combat the winter shrinkage. Even remembered to pack a spare, because I’m sure Mommy Dimitrescu is gonna mess me up when Resident Evil Village comes stomping on May 7. In case that action gets me sweating at the seams, these purpose-built jorts are prepped for some ice-cold action. Subnautica: Below Zero follows a week later on May 14 and is bound to eat up that week. Or do I put this aside and wait for a VR update after being blown away playing the first game on a Rift? Instead, I’m curious to dip a toe into the new version of Mass Effect releasing on the same day. Like all galaxy-brained ME fans, I’m tickled to see just how smooth the superior first game is in the Legendary Edition. But let’s get serious, now. Calling all my JRPG compatriots. That’s right, the most exciting of the core Shin Megami Tensei games is getting a refresh on May 25th. I will demolish any SMT game I can make time for, and after having only gotten a handful of hours into SMT3: Nocturne, Shin Megami Tensei III Nocturne HD Remaster *gasps for air* has me positively distressed in the denim.

It’s been a while since I’ve been able to rock my denim threads, but it’s been that kind of year, with tasty gaming releases few and far between up until the onslaught that is about to take place in May. Thankfully I’ve got my passport and tourist jorts at the ready as Resident Evil Village kicks things off on May 7, taking us to vampire and Lycan territory in Eastern Europe. As a long-time RE fan, Village is my most anticipated title of the year, so hopefully it can live up to expectations. Then there’s Hood: Outlaws & Legends on May 10 (May 7 if you pre-order), and while I’m not a massive multiplayer fan, Hood’s medieval setting gets me going even with these chainmail jorts on. Lastly, after what feels like forever, Biomutant will finally be in our hands on May 25, meaning I can finally wear that little faux-fur denim number I bought in anticipation years ago. It’s hard to believe given the game’s rocky development history, but I’m confident it’s going to deliver the goods.

Another month, another trip to my local denim emporium to buy myself a new, unspoiled and undamaged pair of jorts. The staff there continue to tell me that they “don’t stock jorts” and “you can’t bring fabric scissors into the store” and yet I continue to walk out of there every time with a fresh set of jeans that cut off well before there’s any danger of them covering my supple and sun-kissed knees. So what’ll I be breaking them in with this month of May? Well where do I start? I’ve grown quite fond of where Resident Evil 8age is headed after trying out the demos on PS5, so I’ll definitely be immersing myself in some spooks there. I’ll also be reliving fond memories of the Mass Effect trilogy sans-jank with the Legendary Edition, but one game stands above all over the next 31 Gregorian calendar days and that’s Biomutant. Ho-ly shit, you guys – it’s really happening. Barring any further shock delays, it’s finally time to get my kung-fur on in the gorgeous, ridiculous-looking world that Experiment 101 has been quietly toiling away on.

After a fairly quiet and chill month, May is making a bit more noise. On May 20 a game I’ve been stalking for a while is finally releasing, The Wild at Heart. This game is what Pikmin would be if it had normal-sized humans and was hand-drawn; it looks truly stunning. I’m hoping this game may make it to Switch one day, I’m sure it will sell like hotcakes. After getting delayed from earlier in the year, King of Seas is finally releasing on May 25. Nothing like a procedurally-generated pirate’s life for me! (there is a demo out now too so check it out). Last but not least, announced earlier this year, World’s End Club follows twelve kids through a suddenly deserted Japan in a 2D side-scrolling adventure with a kawaii art style. Sounds like it will be an interesting journey to round out my May for me.

What games are you excited for this May? Let us know in the comments or on social media.