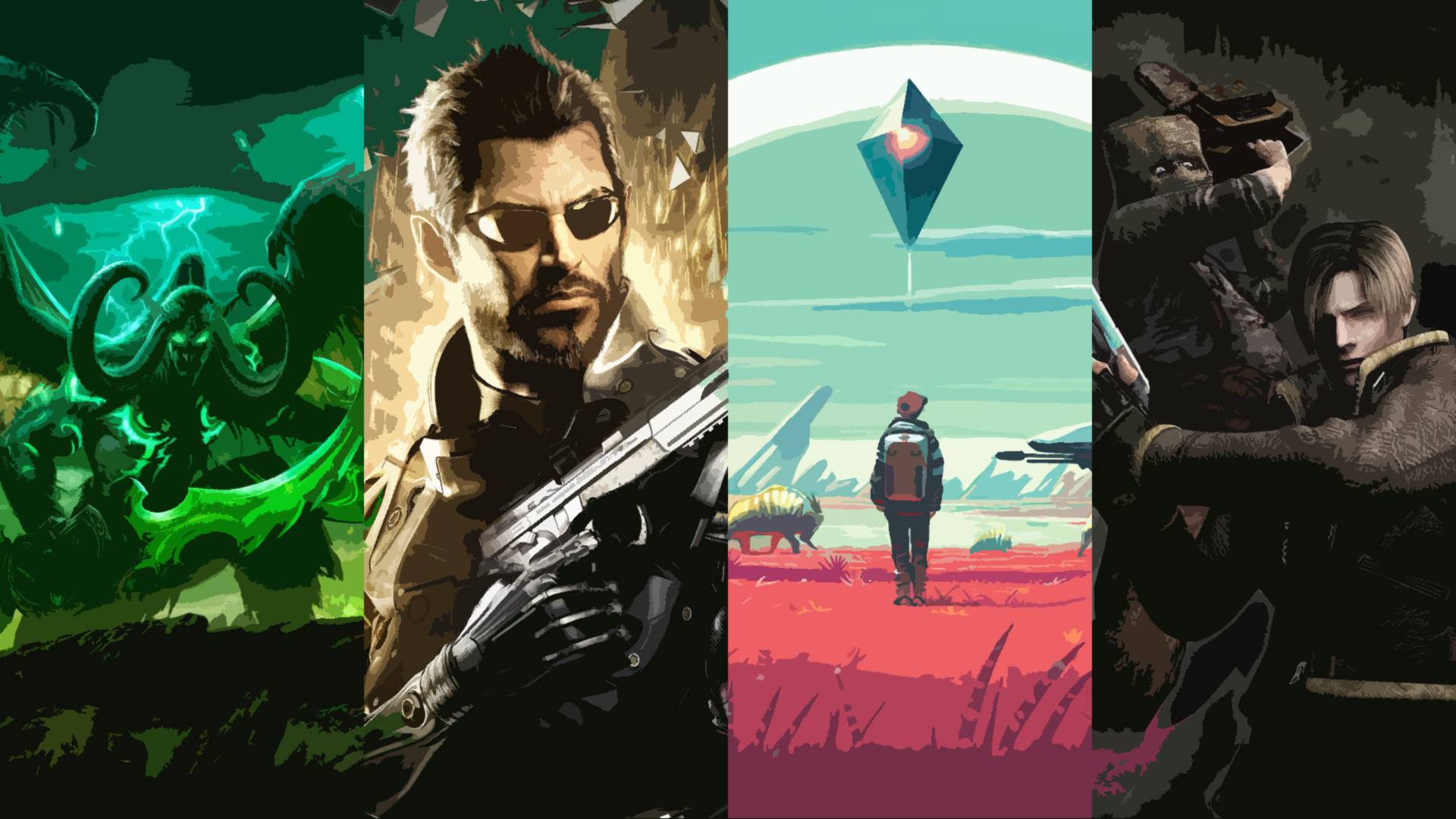 Now that the barren month and the (much-needed) money saving of July has passed, we can look towards the time of year when our financial stability takes a massive hit, as the endless stream of AAA blockbusters make their way onto shelves. Thankfully my jorts will escape August’s line-up relatively unscathed, as it’s hit-and-miss in my eyes. The only purchase that has been locked in with Eddie and the financial team is Deus Ex: Mankind Divided. Obduction would be a lock if I had a PC capable of handling games and I am still flirting with the idea of becoming one of the five million space explorers to get up, inside and around No Man’s Sky ridiculously large universe. Oh, I’ll probably get the console HD port of Resident Evil 4, just to spite Kieran (it’s also my second favourite game of all time).

I thought I was free. I thought I had finally shrugged off the shackles of World of Warcraft, but the crafty buggers at Blizzard have blindsided me with an invite to the Legion beta. Now I feel all these atrophied MMO muscles and impulses roaring back to life and I desperately want to see bars fill up and numbers get bigger. Curse you World of Warcraft, back to the fiery pit from whence you came! Same to you August, for serving as the release date for World of Warcraft: Legion. Alternatively, I am still unsure if I am actually interested in the new Deus Ex game, or whether the game’s marketing has simply sucked me in (I mean really, the cinematic trailers sink their hooks in deeep). That may well buy me a week before World of Warcraft ruins everything I have going for me, because truth be told – I never asked for this.

I’ve been a bit out of the loop in regards the gaming world for the past month or so with buying and moving into my first home (festa!), but in saying that my jorts are still nice and tight with anticipation for exploring the vast universe of No Man’s Sky. I am slightly disappointed about how they’ve gone about multiplayer though as I was most excited about space battles and exploring worlds with friends but apparently because of the massive size of the universe there is only a 1% chance of finding another player. Sounds lonely, but maybe this will change after the game’s release. My jorts are still bursting at the seams regardless. Bring on August 10th!

If it’s one thing that gets these jorts in a quandary it’s futuristic sci-fi with high concept themes. What does it mean to be human? How much of a human can you replace with machine before they stop being human and start being something else? Why do we keep purchasing fresh jorts that we know are destined to live such short lives? So many questions, and there’s only one game brave enough to tackle them: Deus Ex. I’ve been a fan of the series for a long time, and I’m looking forward to stepping back into the augmented jorts of Adam Jensen this month more than anything else. I’m also looking forward to the Resident Evil 4 Ultra HD Remastered HD Ultra Edition of Destiny. Oh wait, no I’m not, that game has been rereleased every generation since the PS2—let it rest.

There’s this woman I love. She’s made me wait way too long, teased me, told me she loved me and that she will be with me soon, sent me sexy photos and described to me how she’s going to make me feel. She’s big, she knows I like ‘em big, she’s been on my mind for many months and after countless zipper replacements on these trusty jorts of mine she’s finally going to be here. Well, I have to share her with millions of other men but I’m sure I can get past that. Daddy’s not the jealous type. Anyway, getting back on track I’ve been holding out from purchasing any other game until I experience No Man’s Sky and only after it’s officially released can I let these jorts retake their original shape and  stop spending so much money on corticosteroid injections (don’t look that up).

Am I tight in the jorts for August? To answer that question we need to ask ourselves what “tight in the jorts” actually means. Does it mean we’re looking forward to an upcoming game or does it mean that we’re going to buy a game? The answer is yes to both but it’s more than that. It’s laying awake at night, unable to sleep because the tightness in one’s jorts is set to bursting. It’s knocking things off the desk at work every time you stand up because of the protruding tightness. Most of all it’s needing to book an appointment every day with the seamstress because said jorts are unbearably taut and the stitching is coming undone. So am I tight in the jorts for August? Not really, just a little keen for No Man’s Sky!