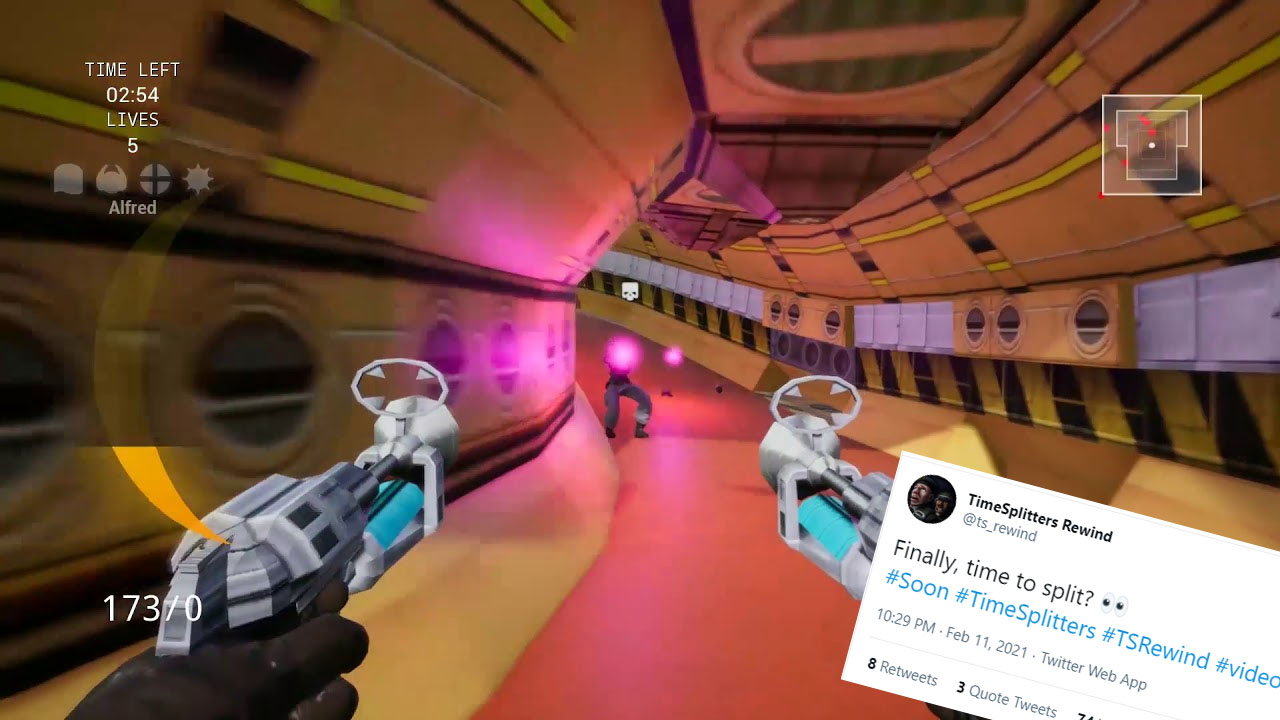 If you’re like me and have been hanging out for a new TimeSplitters game, whether in the form of a new entry, a remake, or the fan-made TimeSplitters Rewind then you’ll be glad to know that at least one of those titles sounds like it could be happening in the near future. While it looks like Koch Media and THQ Nordic are going to sit on the IP for a little longer before, it may not be long until TimeSplitters Rewind is out in the wild.

The game’s Twitter tweeted out a cheeky post that simply said “Finally, time to split?” followed by an eye emoji. I mean if that’s not a little hint at what’s to come then my radar is way off.

TimeSplitters Rewind is currently in development for PC and has been in the works for over eight years. Then IP rights holder Crytek gave the team their blessing and new owner Koch Media seemingly has done the same. Back in September 2020, the game’s lead writer Jake ‘The Voice’ Parr said that the game was “The game is looking and feeling really close,” so a release may not be out of the equation.

Time will tell what exactly the tweet is alluding to, but I agree, it’s finally time to split again.

In this article:timesplitters, TimeSplitters Rewind