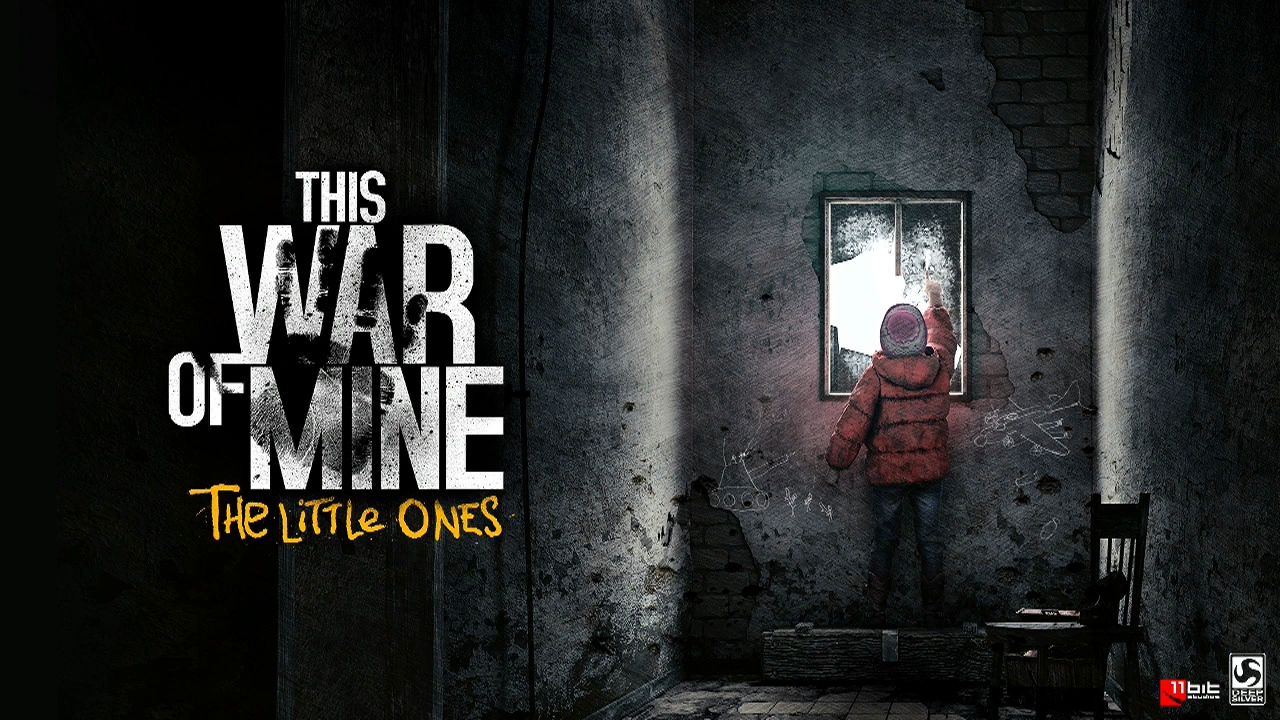 Having trouble getting past the first week in 11 bit studios’ gruelling survive-‘em-up? Well despair no more, these tips and tricks will help see you through even the harshest of situations the game throws at you. Of course these are also applicable to the base game on PC, not just The Little Ones. Let’s begin…

There are a few things that are essential to get right at the very outset and should be prioritised over everything else. On Day 1, while you’re poking about your shelter looking for materials, have one person build two beds. Rest is essential for our stressed-out civilians as their productivity decreases with their level of tiredness. They can sleep on the floor but that’s hardly a way to live is it? You’ll also need to build a stove and the two workbenches as soon as possible as these allow you to craft essential items that build towards self-sustainability. These are mandatory Day 1/Day 2 builds.

It’s a rarity that a game inspires you to whip out a pen and paper but I found it was crucial to my success. You want to have one or two projects on the go and write down exactly what you need to complete them. Focus on and keep track of your goals at all times.

Like most sentient beings, your inhabitants need food. Over everything else you should prioritise consuming cooked food, as you’ll need to consume more raw food to have the same effect and it is a massive waste of resources. Bruno is a good cook who uses less fuel and water to make a hot meal. An added bonus is that food cooked at the stove can’t be stolen by bandits so it’s a great means of safe storage. A bit of tinned food is as good as a cooked meal too and these should also be guarded jealously. A good idea early on is to build a rat trap (requires the first workbench upgrade) which you can bait with food and get double in return. They’re slow (take about 2-5 days to catch the tasty vermin) but just one will ensure you’re getting a steady trickle of raw meat to use in cooking.

Bandits ruin everything and can create devastating situations that can be extremely difficult to come back from. There are two ways of minimising (and eventually completely mitigating) their potentially devastating impact. The first is to always have at least one person guarding and make sure you have at least a knife for them. Don’t be afraid to double up the guard (you’ll also get an achievement for doing so), especially early on when you’ve got very little in the way of defences or good weaponry. While not sleeping will obviously make them tired and maybe a little stroppy, you can always rest the whingers during the day. The best way of keeping those pesky robbers out of your shelter is to build reinforcements. These are obtained after the first workbench upgrade which should be a priority in the back of your mind (the upgrade is quite expensive but the first one is absolutely essential).  At the last upgrade level you can also install a reinforced door but this is largely unnecessary if you have all reinforcements and a single well-armed guard, so don’t waste your resources on this if you don’t have to.

The Winter of Discontent

If you are not prepared for winter your survivors will slowly die. If the shelter is too cold they will get sick very easily and require constant meds, which is ultimately unsustainable. Building a heating system in the basement before winter sets in (the radio will tell you when things are starting to get cooler) is a very good idea. Upgrading the heater is also a good idea as it will use less fuel, which in winter is a resource you should always be thinking about. The more fuel in the heater the hotter the house gets and stocking it with five or six bits of fuel at all times tends to warm the house up enough that people won’t get sick.

The survivors are a dreary, needy bunch and it is difficult (and more to the point, unnecessary) to keep them all 100% happy. The most resource-efficient method of taking care of them is to keep them in a constant state of not being completely fed or happy (sounds cruel but it’s true). Only feed a survivor when it says they are very hungry. A survivor can sit for a few days on hungry without any adverse effects and if you fed them on the first day when they were just hungry, then that’s two whole days you could have gone without feeding them. Same goes with being sick. If a character is only slightly sick then bed rest is often enough to fix them up; you shouldn’t be handing out meds like candy for a sniffly nose. Wait to see if their sickness turns dire, then swoop in with the meds. Depression is something you’ll want to stomp on early, as this is the step before they become broken and will no longer eat, sleep or move without assistance. When someone gets depressed get the happiest person to talk to them and that should raise their spirits. Raising people’s spirits is one of the only things Misha (the child) is good at so use him for this task above the others. I tended to get the talking done in the morning as it takes an excruciatingly long time and you’ll want to get it out of the way quickly. You can also avoid depression by not killing or robbing innocent people. Never kill unnecessarily, it is never worth it.

Bruno will whinge endlessly about cigarettes. You’re much better off bartering with them than enabling Bruno

As the game progresses you’re going to have to venture out into scarier territories to scavenge for supplies. There are some fairly peaceful locations early on such as The Quiet House that should be easy to pick clean, but don’t be afraid of the locations with scarier descriptors. Often these places have a ton of stuff around the periphery of the danger, and if you sneak around and avoid being seen you can easily avoid danger and rob people blind. Places with homeless people are pretty safe and the Supermarket is a good one too. If you’ve got a shotgun and an axe then killing the son at the Small Apartment Block is an excellent choice. It’ll depress everybody when you do it but the amount of resources there that become free for the taking is phenomenal. Be careful though as he is tough. The Hospital is also great, you can get treated for sickness for free there as well as steal anything that isn’t bolted down. The open-palm icon indicates no one will care if you take it whereas the pinched-finger icon means you can only take it if no one is watching. Be warned though, robbing the hospital is a massive downer for everyone and you’ll be having a lot of early-morning talks to pull your survivors back from the brink of despair.

Having things to barter is a great way of getting the specific resources you need. There’s a guy that will periodically come knocking at the house who will swap stuff, and there are location too where there is the possibility of barter (The Military Outpost is a great place to go for weapons for instance). One of the best commodities is unsurprisingly alcohol, so having a moonshine still in the house and at least a couple of bottles to swap is a great idea. Later on you can build another still that turns moonshine into pure alcohol which has an even higher value.

Like when your mum miraculously knew that your temper tantrums were only a manifestation of your tiredness, rest fixes a lot of things. If you have bandaged a wounded survivor or given someone meds, they will only recover if they are resting in a bed. If someone is struggling just let them sleep the day away. Your chief scavenger should always be healthy and well-rested. Don’t make him do unnecessary chores around the house, prioritise his sleep during the day.

Help Thy Neighbours (Or Don’t, Who Cares?)

Even if it’s the right thing to do, helping neighbours doesn’t really help a great deal unless it’s obviously revealed as mutually beneficial in the description. Acts of altruism do not raise anyone’s spirits either so don’t think that helping that guy move some rubble will alleviate sadness in the shelter. Sometimes the people you help out of the goodness of your heart will come back in a few days and give you something in return, but it’s not guaranteed so don’t go giving your last tin of food away to the sad people on your doorstop. War is hell hey?

So there it is, my guide to surviving the siege in Pogoren. Let me know of any tricks you came across in your play through.

In this article:11 bit studios, dyegb, Kieran Stockton, pogoren, sickness, survival, The Little Ones, This War of Mine, tips and tricks, winter