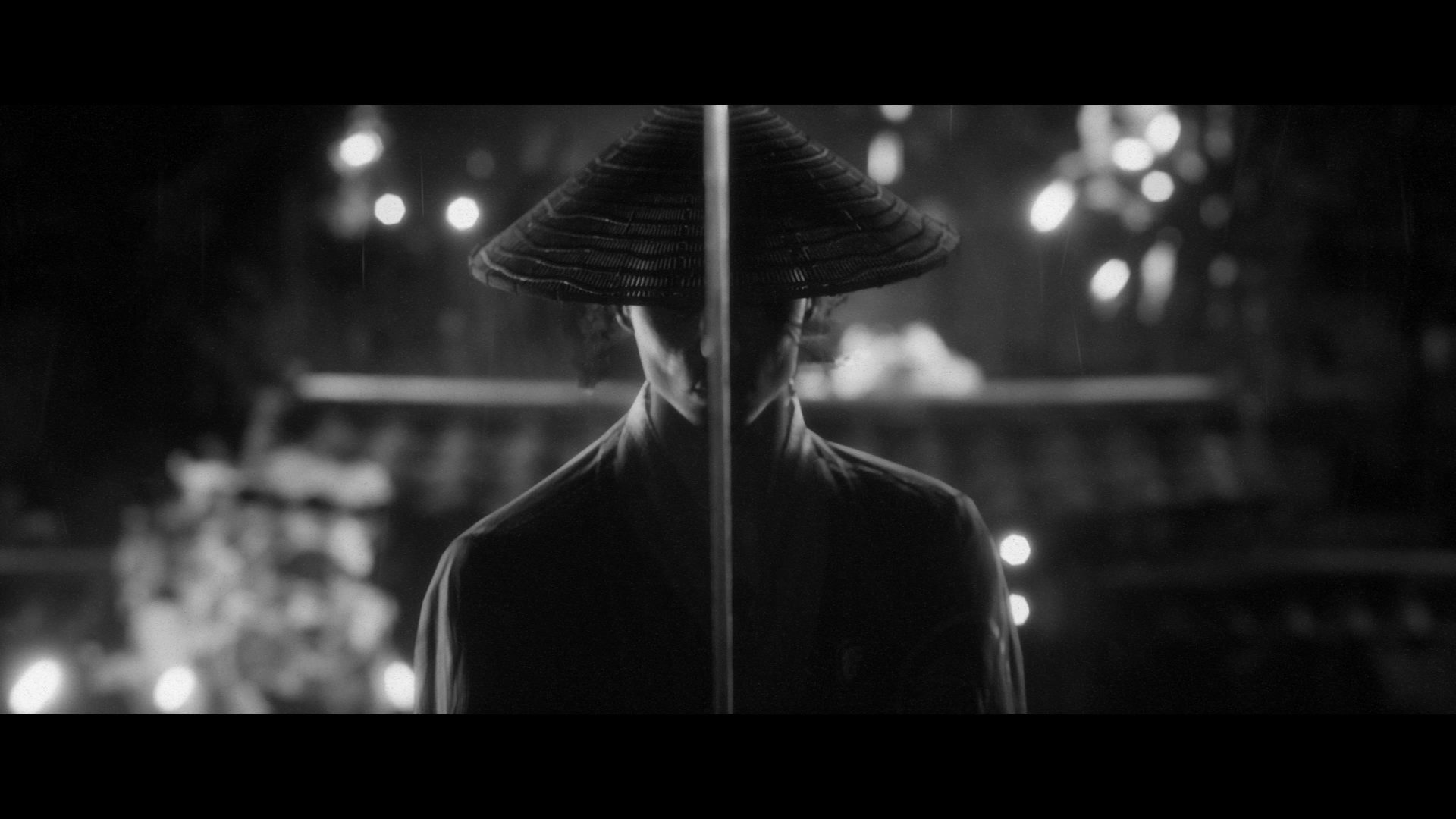 While film adaptations of video game properties may not always bear fruit worth eating, injecting cinematic qualities into games can often yield excellent results. Again, this doesn’t always result in top-tier content, but when elements from the big screen are successfully woven into our interactive entertainment it adds an exciting layer of spectacle that often elevates the experience. One such title that wears its cinematic inspiration on its sleeve is the side-scrolling action game Trek to Yomi. Blending a striking monochromatic visual style with brutal 2D melee combat, does this cinematic samurai title live up to its Kurosawa influence, or is the comparison only skin deep?

It’s impossible to start this review without first acknowledging Yomi’s presentation. The black and white colour palette is enough to catch your eye initially, but it’s the various cinematic stylings that push it even further. A gritty film grain is ever-present during gameplay, giving the game a distinctly aged look, while the framing of each shot adds a sense of grandeur. The visual presentation of Yomi is awe-inspiring, whether you’re running through an unassuming rice paddy, or taking part in a sword duel atop a building as lightning strikes. The great audio rounds out the experience, with the clash of steel and the crackling of the aforementioned lightning further enriching every encounter.

The vistas are truly spectacular

The gameplay of Yomi is split between combat and exploration. While in a non-hostile situation, protagonist Hiroki has free movement and can wander around the environment and discover hidden collectables and interact with NPCs. This not only draws you into the feudal Japanese setting but also provides ample opportunity to uncover lore and unlock upgrades. When you enter a new area and your movements lock into a 2D range of movement, you know that it’s time for action.

In the early stages of the game, combat is simple, too simple in fact. Blocking, parrying, light and heavy attacks and a switch stance make up the entirety of your move set in the early goings. Until you encounter armoured foes in the latter stages of act two, you’ll mainly be parrying enemies and dispatching them with a single counterattack. The parry has a fairly forgiving window of opportunity, but certain animations don’t seem to line up with the input, causing a fair bit of frustration. It’s important for me to note, however, that Devolver has provided details on a day one patch that is set to improve and fix various animations, so this could very well be tweaked upon release.

As you progress, you’ll begin to encounter new enemy types that absorb more punishment, while also throwing some new attacks your way. To counter this, you’ll learn numerous combos that are each effective against different foes. These combos are useful, there’s no doubt about it, but the input timing can be at loggerheads with the animations, so some trial and error is needed.

I’ve already said excuse me, can you just let me cross the bridge, please?

As you cut down your enemies, you’ll also gain access to three ranged weapons options; Bo-Shuriken, a bow and arrow and a devastating hand cannon called the Ozutsu. Each weapon has a different purpose and should be used only when needed, as ammunition is scarce. The Bo-Shuriken is thrown quickly but does little damage, so is best used to interrupt enemy attacks. The bow is slow to draw, but can down most opponents with a single hit. The Ozutsu is a monster and can clear multiple enemies in a row with a single blast, but it takes an age to load, so it should be used with great caution. The variety of these weapons is appreciated and they manage to spice up combat in interesting ways.

As the story progresses, Hiroki will find himself delving into the depths of Yomi, the Japanese land of the dead. The supernatural setting not only provides a visually interesting departure from an otherwise realistic backdrop but also introduces a new set of mystical enemies and threats. Teleporting warriors, spirit-summoning witches and levitating sword throwers block Hiroki’s path to redemption and they are not at all kind.

Yeah, that’s nice. I’m going to go ahead and kill you now

As expected, the difficulty rises as you progress, but this is largely due to the composition of each fight. No one enemy is broken or unfair, but the combinations and placements of enemies in the later stages of the game feel cheap. I can deal with an onslaught of brutal death-dealers, but when a guy who is wielding health-destroying Ozutsu hides behind two armoured heavies and a levitating arse that can kill you instantly if you hit him at the wrong time, that moves from difficult to annoying. With combat taking place on a 2D plane, you’re limited to how you approach fights, unable to prioritise those that you struggle with the most. Obviously, you’re expected to treat encounters like a combat puzzle, but it too often felt like the deck was being stacked against me in unfair ways.

Similarly, the various bosses that you encounter can be irritating instead of engaging. Certain fights hit those climactic highs, but others have move sets that are pushing the friendship a bit too far. Looking past the odd annoyance, the boss design, and enemy design in general for that matter, is excellent. Heavily supernatural and larger than life, the bosses still manage to feel like they’re rooted in Hiroki’s reality.

Unexpectedly, the story of Hiroki battling through the underworld to exact revenge was an engaging one. When I played the preview for the game, I assumed that the tale of redemption would be fairly paint by numbers, but I was pleasantly surprised by an emotional journey that looked at what it means to serve, love and grieve. Several choices can be made throughout the five–six-hour narrative, which will result in you receiving one of three endings. While they don’t differ wildly from one another, I did find myself caring about Hiroki’s fate and the man he became.

The imagery used can be quite striking at times

Trek to Yomi may not be the complete samurai package, but it’s still one that’s worth experiencing. The combat may not be as precise and varied as one would hope and there are definite frustrations felt during boss fights and certain encounters, but that shouldn’t overshadow the game’s stronger qualities. An exceptional visual style, some solid voice acting and immersive audio will draw you into this violent, mystical and surprisingly affecting tale of revenge. 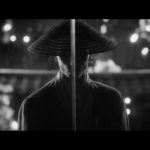