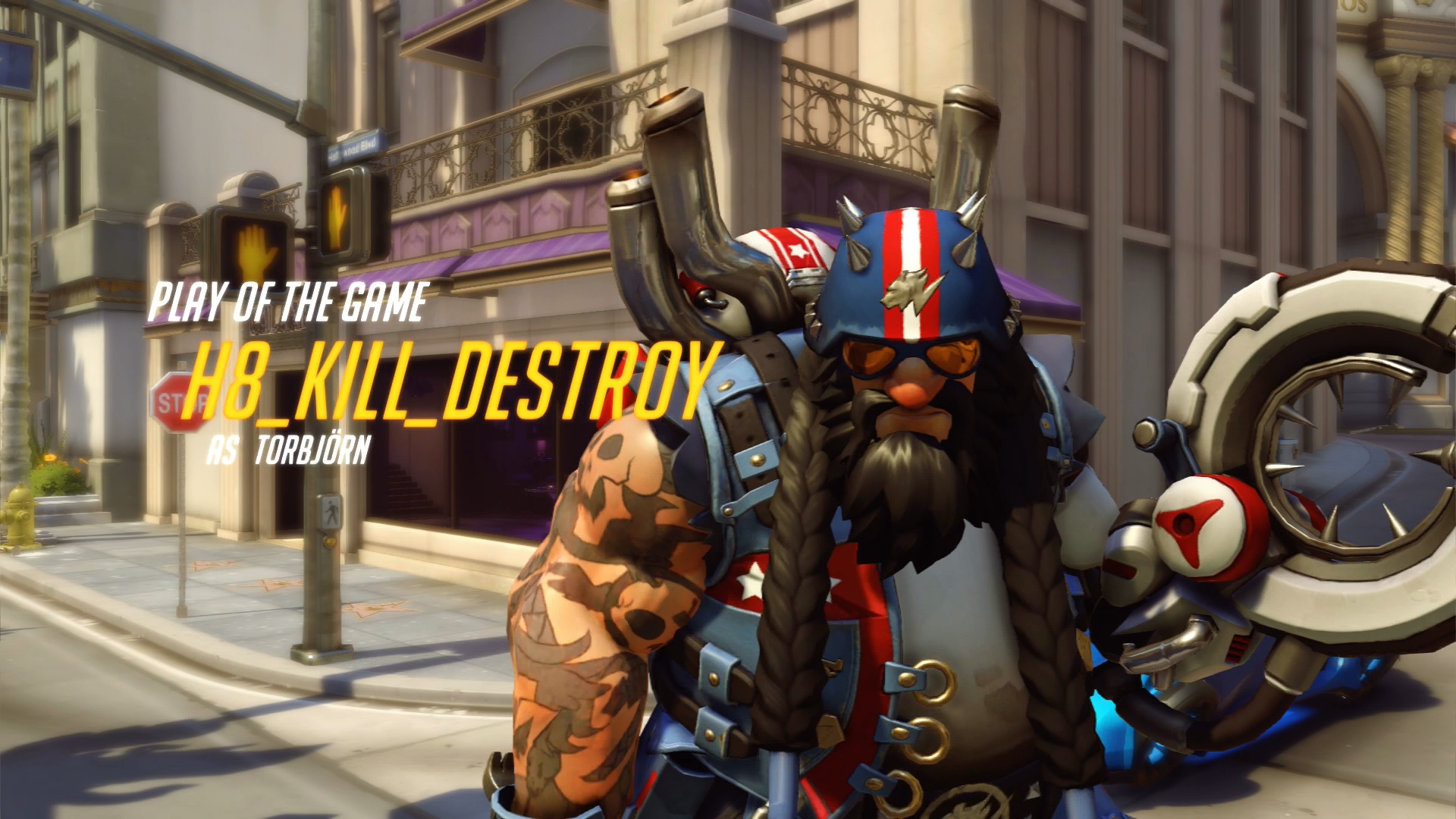 Like many people across the globe I have put a semi-obscene amount of hours into Overwatch. There’s just something incredibly addictive about the gameplay and too often I’ve found myself saying “just one more game” and suddenly it’s eight games later and 1:30 am.  For anyone who has watched the state of play since launch, you can see a certain meta beginning to take form, and the form it is choosing in many instances is a four-foot dwarf with a turret and a hammer. Many people have been up in arms about the ornithophilic robot/turret Bastion, but I believe our dwarven friend might just become the newest turret-wielding public enemy number one. His extremely pesky turret and the ability to stack teams with Torbjörns makes for some ironclad defensive capabilities, and highlights some of the broader issues on imbalance on particular maps.

Torbjörn is an absolute weapon when it comes to defence. He can set his turrets up in key locations and both upgrade it and heal it with his hammer. Upgrading it to level two does take a little time (and the turret must be at full health before it can be upgraded), but if you’re in the setup phase you have ample time to think about proper placement and upgrading. The turret has 360° vision and will quickly target and annihilate any enemy within its significant range. This not only makes it great as an offensive tool, but also serves as a form of reconnaissance where an enemy that you or your team may not have seen trying to flank is immediately identified by your turret’s laser focus. Additionally, Torbjörn’s ultimate supercharges both the turret and his sidearm and turns him into a weapon of mass destruction that can level entire teams in moments. Now imagine we stack a defending team with two Torbjörns and throw in a Bastion for good measure and what you have is a complete and utter lockdown of an area with the added benefit of very good situational awareness. It is a devastating combo that only the most coordinated and communicative team (which have been very rare in Quickplay so far) will be able to thwart.

There are of course counters to Torbjörn, as there are with all characters. Generally a Reinhardt shield with a Widowmaker/Pharah/Soldier 76/Junkrat behind it will make short work of a Torb turret. However a Bastion can shred a Reinhardt shield and leave the team behind it open, and if you’ve got two Torbs with turrets then they’re probably going to only be able to take down one (maybe) before the other Torb/Bastion rips them to pieces. It is quite a simple matter then to rebuild or repair the turret before the next wave comes. Genji is an all right counter choice as well, as long as several people are shooting at him without knowing he is using Deflection. If it’s only a single turret shooting at him, it fires slowly enough that Genji can’t really deflect enough projectiles back in time to destroy it one on one. Another fine choice is Reaper, who can teleport up in the turret’s face and finish it off with a few well-placed shots and then phase out of there. Tracer can also get behind enemy lines and ruin your day, but she’s also extremely squishy and will go down in not too many bullets from any source. As long as you stack a team correctly, these counters are easily… counter-countered… and it will take a small miracle for an enemy team to get the upper hand for any length of time (in the context of them attacking and you defending).

This disparity in attack vs defence is highlighted quite plainly on a few maps, with two in particular being the worst: Temple of Anubis and Volskaya Industries. Temple of Anubis is an absolute nightmare for the attacking team as you have to come through one of two narrow archways to attack the objective, making it nigh impossible to prevail against a team stacked with Torbs, Symmetras and Bastions. It is child’s play to shut down both the front entrance and the flanking runs with this defensive setup, to the point where it feels unfair on the attacking team. Volskaya Industries has a similar chokepoint setup which can be shut down by the same defensive line-up. For a game that boasts 21 Heroes  with unique weapons and skills all working together, Overwatch does an impressive job of balancing its gameplay, but the rise of Torbjörn may just throw the balance off and this in turn may cast other elements into disarray.

Every Overwatch player has seen a Torb get multiple Play of the Games by just standing next to a turret hitting it with a hammer. Using multiple Torbs is a cheesy strategy but it is murderously effective, thus the allure of relying on it as a defensive crutch is strong. The only way currently that I can think of balancing it is to restrict having multiple players choosing the same Hero. This may very well be something that is implemented in Competitive Play, and I think the game will be better for it. For now, your best bet is to mic up (I’m talking to the 95% of people who don’t communicate during matches) and call out his turrets immediately and figure out a strategy, or risk becoming another notch on this formidable dwarf’s belt.