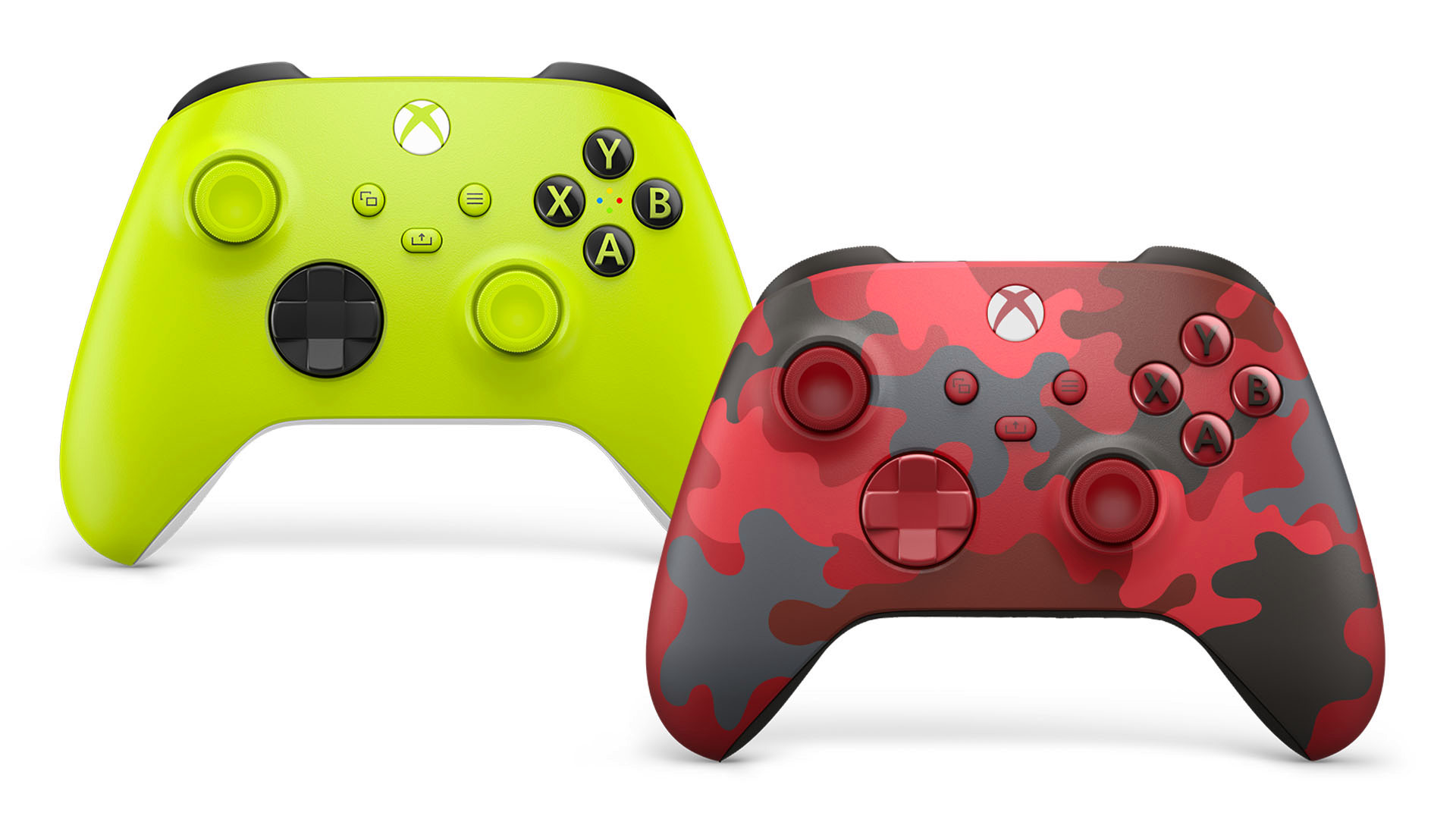 You know what they say, variety is the spice of life. That sentiment is doubly true for controllers, of which I’m sure we can all agree are best at their best when in a cool colour. Microsoft clearly agrees as they’ve just announced two new Xbox Series X/S controllers colours via an Xbox Wire post.

The first of the two is Electric Volt, a fluoro yellow that is said to be inspired by athletic sneakers and sportswear. Similar to the Pulse Red and Shock Blue, the Electic Volt is a two-tone controller that features a white back to offset the bright face. This variation will be available on April 27.

Next up is the Daystrike Camo, which is a red variant of the existing camo series. Joining the Arctic and Night Ops camo colours, the Daystrike will feature textured shoulder buttons as well as textured triggers to make sure there’s no finger slippage. This stealthy unit will be available on May 4. There’s no word on pricing or retail availability just yet, but we would assume that the Volt will be $94.95 and the Daystrike will be $99.95.

Do you like these new colours? What colour would you like to see next? Let us know.