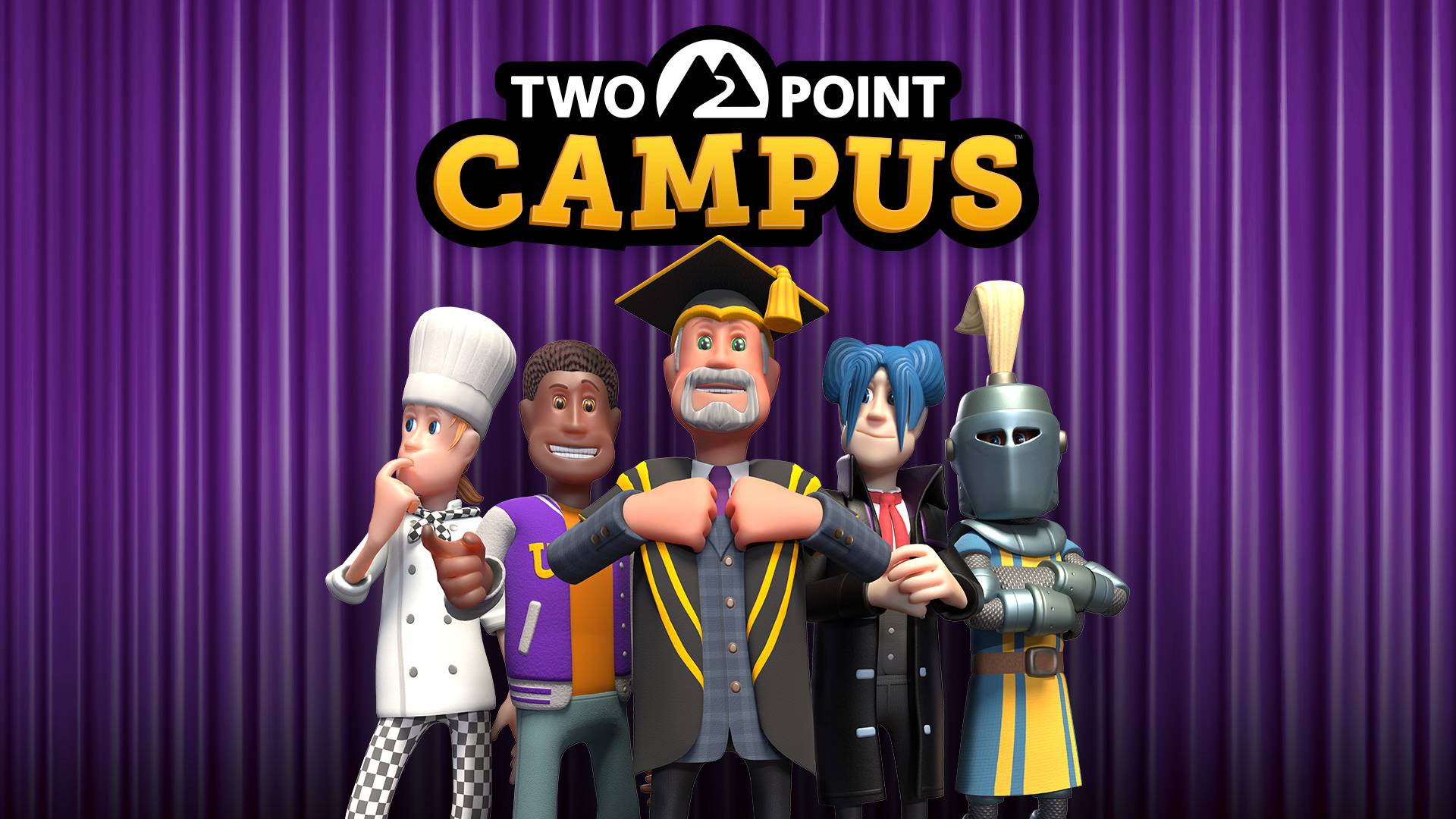 University, that blessed educational institution that profits from the unpaid overtime of aspiring academics and undervalued staff. Where students congregate in slightly more self-aware communities than their high-school posse, only to dissolve over political ideology and handsy manchildren. Have no fear, those funny folks over at Two Point Studios are bringing the good times to the fore with their follow-up to their satire management sim, Two Point Hospital. Having never played this or its spiritual predecessor Theme Hospital, and being an adamant detractor of management games in general, Two Point has produced an excellent and approachable sim in Two Point Campus.

With its tongue stuck so far into its cheek as to be mistaken for a jaw-swinging chad on the disco biccies, Campus wears its raucous British wit on its sleeve. Sardonic to sarcastic and the spectrum between, the laughs here are delivered through outstanding attention to detail. Whether via the ensemble of announcers that speak directly to the player or via the PA systems, or the too-literal interpretation of courses, players will be hard pressed to hold back a smile. Each campus will have its own set of non-intrusive jokes and observations to give each of the twelve unique scenarios their own flair. From the aging Harvard-like campus suffering from cold drafts and limp appeal to the off-brand Hogwarts that features its own Voldemort antagonist wreaking havoc for the player, the game is built from the ground up with an off-beat weirdness that pervades every element of the game.

In the campaign, each of the twelve campuses will ease players in with hands-off tutorials in the form of advisors, mandatory goals and optional tasks. The flow of developing a campus doesn’t punish the player simply because you choose to play your own way. The single driving goal in Two Point Campus is to build prestige, which is achieved through responding to student demands, installing adequate amenities, and sexing up the surrounds with love beds and indoor plants. The three simple groups of employees at your disposal are teaching staff, assistants, and janitors. They require barely any micromanagement other than making sure they’re in good proximity to caffeine and toilets. As the game progresses, more staff types, specialisations, courses, and hurdles emerge. These additions are so gradual over the 20+ hour runtime so as to smoothly ease players in, with a near-perfect difficulty gradient. Once a given campus has passed a couple of in-game years as a functional institution, it earns a prestige star and the next campus unlocks. Players are encouraged to always be playing with the new toys and scenarios. Pick up where you left off with earlier campuses to install newly unlocked courses and increase that university’s prestige to the ultimate goal of three stars.

The nitty-gritty of managing a given campus will prioritise guiding players towards which kinds of rooms to build for the courses that are being offered, with intuitive menus split between rooms, items, staff, and exterior additions. Within these menus are subcategories separating each of the extensive options by their value, such as entertainment, decorations, furniture, or course type. To ease players, menus will also offer a recommended short list of options that is contextually appropriate for the room or area of the campus being observed. A discreet notification system will give players an unintrusive direction to fulfil the most beneficial student and staff demands. Events also arise from visiting characters like the Cheesy Gubbins mascot who will evaluate the various qualities from food to hygiene and entertainment, awarding currencies based on performance. Running short on funds? Take out a loan and worry about it later like a good millennial, the accounting is done in the background.

While this looks like a lot, you are amply prepared for the scale

On the presentation side, this is the most visually distinctive and clean-looking management sim I’ve seen since The Sims 4. The cartoonish visuals lend humorous personality to the environments and characters, which are all customisable for those that want to play in the minutiae. Seeing knights invade from the opposing knight school to come and beat the fuck out of your valuable amenities is hilarious, especially when the janitor who specialises in ‘security’ and ‘aerodynamics’ comes literally zooming across the campus to spray them off the grounds with a water gun. These little, rounded comical inhabitants are speechless but are experts at physical comedy should you desire to zoom in and observe their day-to-day.

Backing all this is a soundtrack that, while not extensive, hits the gleeful vibe perfectly throughout. Running the gamut of jazzy, electronic, and rock embedded with the fun spirit of ska matches perfectly with the bright and cheeky aesthetic throughout. As somebody who is easily infected by the blight of earworms, these tunes didn’t wear their welcome well after they became familiar.

While the menus are praiseworthy on PC, there are no UI concessions made for those wishing to play with a gamepad aside from some contextual button indicators. Crawling through layers of menus while also trying to tweak item placement and edit room layouts is a nightmare, where trying to cancel a dodgy window placement might close a three-layer deep menu. With my playtime split between keyboard/mouse and an Xbox One gamepad, the quality of life between the two is night and day. When laying out a new classroom and putting in the required objects, such as lecterns and seating, there are often conflicts with what can be placed on walls. A desk may sit against a wall with a poster above it, but a window above that same desk may cause a red flag. This warning may not immediately trigger either, meaning you may be deep into another menu and all of a sudden the game locks up until the conflict is resolved. With a mouse, this is a quick couple of clicks. With a controller, this means converting the cursor between menus and context sensitive selections to the actual object of concern. These hiccups are frequent enough to slow down gameplay considerably, enough that players will want to utilise the time-pause function or else lose out on valuable events and objectives while trying to wrangle the cursor.

While overall it’s polished and without any crashes, a couple of minor oddities popped up in the pre-release build. Characters going from A to B might get snagged on a wall or object in crowded, narrow hallways. Easily solved, just pick them up by the noggin and fling them back on course. This is amusing more so than frustrating, as none of these denizens are as bright as their qualifications might suggest. On the other hand, rooms can be picked up in their entirety and moved around campus. A terrific feature to allow players to easily Tetris their layout at any time, but this often left a window or poster hovering in the now-vacant space that was previously occupied. Again, just a quick click and move and it’s all sorted.

Check the gall on this prick!

As much a satire of management sims as of its tertiary subject matter, Two Point Campus is a resounding achievement in opening up this otherwise intimidating genre to players of all persuasions. Whether you want to pore through graphs and margins, or simply enjoy the macro machinations of bringing your microcosm of society to life across the many wacky universities, Two Point has you covered. Every concession is made to curb the intimidation factor without ever compromising the challenge and growth potential that makes these simulators so compelling. Plus, the sense of humour embedded in its DNA never wears its welcome and truly stands it apart from its peers. Student, staff, or nose-thumber of the academic elite, this is a good time worth enrolling your time in. 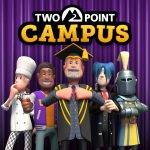