Following a leak by French website jeuxvideo which pictured a collectible keychain depicting the game’s title logo, Ubisoft have swiftly, officially announced the much-rumoured Assassin’s Creed Odyssey with a short teaser on their twitter page. The last entry in the series, Assassin’s Creed Origins, was set in Egypt and heralded the dawning of a new era of the franchise by revisiting and rethinking what an Assassin’s Creed game should be, to much critical acclaim. 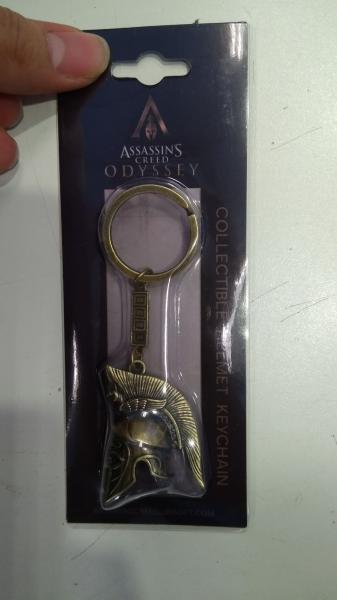 We still don’t know a lot about what Assassin’s Creed Odyssey will entail, other than it’s quite clearly set in ancient Greece, and given the short span between this and Origins will probably share a style and structure similar to its direct predecessor. Check out the teaser below and definitely expect to see more at Ubisoft’s pre-E3 keynote.

You can check the local times for Ubisoft’s press conference and everything else E3 right here at WellPlayed, just head to our swanky E3 hub!

I was there, and it was some massive Marvel mayhem

I hope Armin with a chance

DOOM Eternal Gets A Release Date For The Switch

All it takes is one breathtaking entry