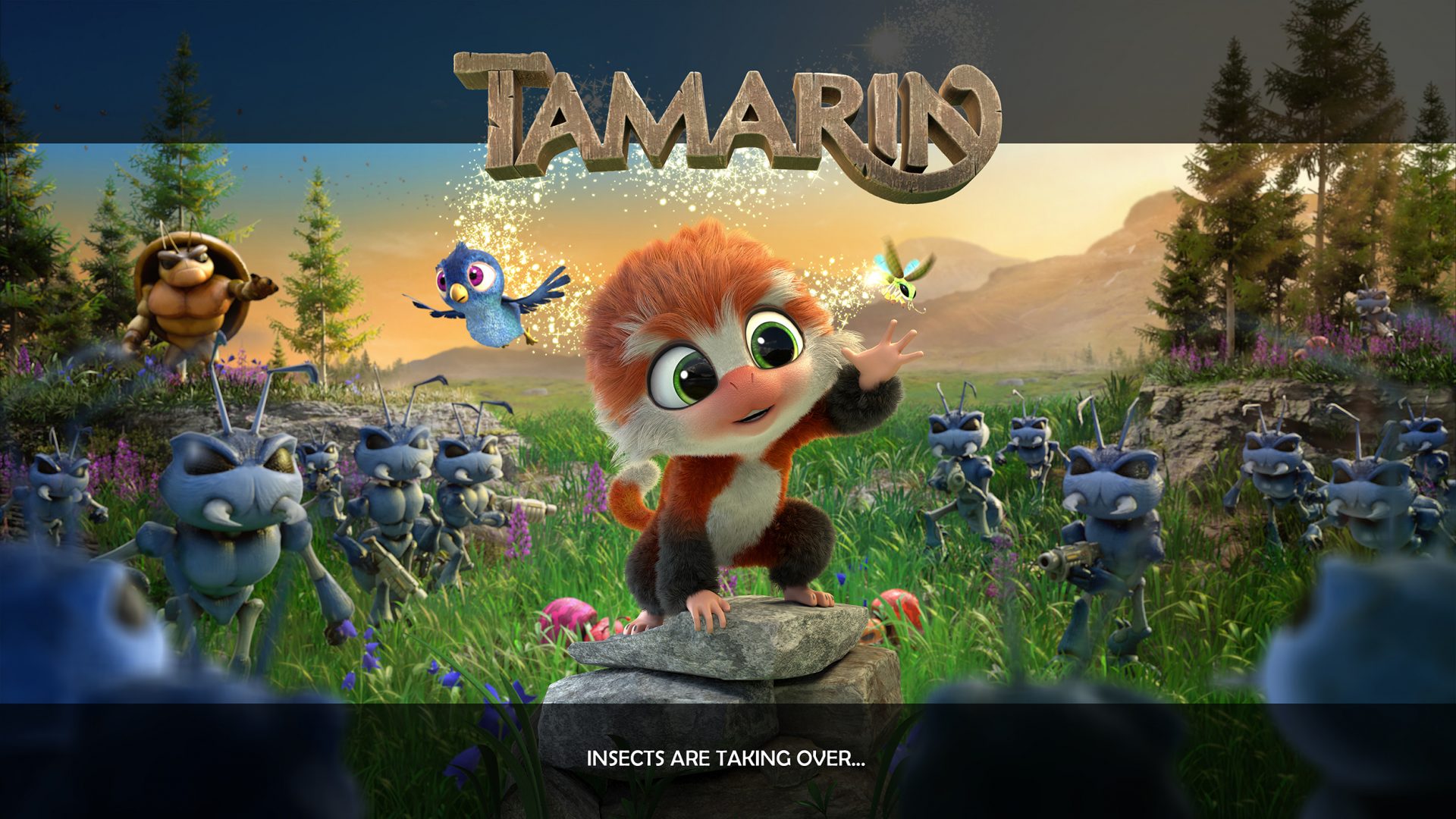 Jet Force Gemini is one of those truly underappreciated N64-era games that I loved as a kid but never remember existed unless I come across something to do with it. Today that something is Tamarin.

In development by Chameleon Games and slated for PC/PS4 later this year, it not only seems to play like Jet Force Gemini – parts of it almost seem to be ripped straight from that game. The overall theme is different of course, but gameplay is reminiscent of the N64 and you can’t tell me those enemies look and sound exactly like the ones in JFG. It’s not all that surprising, given key members of the team just happen to be ex-Rare staffers, but I’m pretty surprised to see a spiritual successor to this game in particular.

Check out the game’s announcement trailer, as well as the full press release and some screenshots below:

[The following press release is unedited and sourced from Gamasutra]

London, United Kingdom – April 24th, 2019 – Leap into action and discover nature as independent developer Chameleon Games announce Tamarin™, a third-person action-adventure game set in beautiful Nordic scenery, starring the world’s cutest monkey. Pollution and destruction from ever-expanding insects sets the agile monkey into a fight for his family’s survival. Scheduled for release on PlayStation 4 and PC this summer, Tamarin channels the energy of 3D platformer classics and explorative Metroidvania shooters, hand-crafted by a team which includes an all-star cast of veterans from Rare’s golden era.

Explore an incredible interconnected 3D world, brimming with primate platforming and bug-splattering shooter action. Leap with the agility of a tamarin as you journey into the Northern wilderness on scenic routes through forests, fjords and mountains. Along the way you will chase mysterious electrical fireflies, discover a secret underground world of dancing ants, rescue innocent birds, and restore the tamarins’ once idyllic natural habitat.

Tamarin is directed by Omar Sawi, who has brought on an all-star cast from Rare’s golden era to help execute his creative vision for Tamarin and recapture the style and magical experiences they were famous for. Creators of iconic characters such as Diddy Kong, Banjo-Kazooie, and Battletoads are responsible for Tamarin’s concept art, pre-production and character design. Donkey Kong 64 artist Richard Vaucher leads the art production and provides energetic, responsive animations. Donkey Kong Country composer David Wise adds to the atmosphere with compositions of melodic beauty and a brand-new style of catchy industrial beats. This is complemented by impactful sound effects by action-title veteran Graeme Norgate (GoldenEye 007, Killer Instinct).

“A lot of species are going extinct and their natural habitat is being lost and I’ve always wished to make a game series inspired by the most wonderful species and scenery on Earth,” said Omar Sawi, Founder of Chameleon Games. “Tamarin combines cute characters, beautiful locations, a catchy soundtrack and a combination of fun exploratory platforming and action shooter gameplay into something that appeals to a wide multi-gender demographic.”

Pre-orders are available now on the official Tamarin website, and include the following bonuses:

– Exclusive first listen to a tune from the game’s soundtrack