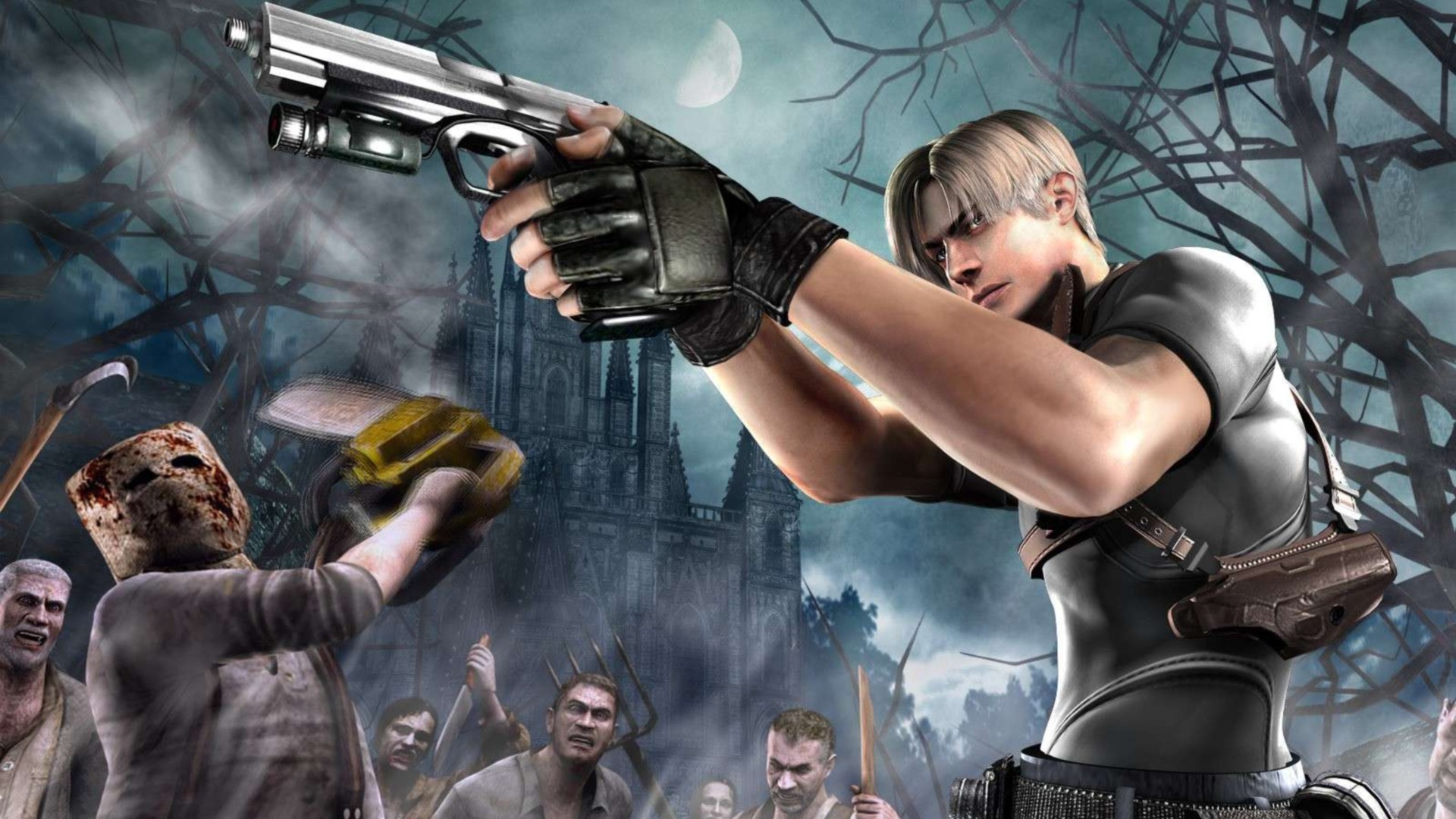 In Capcom’s most recent financial review, the Japanese publisher stated that: “the Company is scheduled to release “Resident Evil Umbrella Corps” (for PlayStation 4 and PC) of the “Resident Evil” series, which marked its 20th anniversary in March 2016, as warm up to the full-scale offensive planned for the second half of the year”. This means that it’s basically a sure thing that RE7 will be announced at some stage before the end of 2016. Yours truly believes we will see an announcement during Sony’s E3 presentation, however it wouldn’t surprise me if both Sony and Capcom waited until Tokyo Game Show. Either way, RE7 is in development and we will hear about it soon enough.

Given that Resident Evil is my favourite series, I decided that it was only fair that I pen my thoughts on what I want to see in the next iteration of Capcom’s flagship title.

Go back to its roots

First and foremost, as someone who holds RE very dear to their heart, it pains me to see what RE has become, which is nothing more than a stock-standard third-person shooter. It’s not that the latest releases (5 & 6) are bad games, it’s just they don’t emit the Resident Evil vibe – at least not the old-school survival horror vibe of the franchise that I grew up with. Ever since RE4 – the first game in the series to flirt with an action-focused approach – the recent entries have focused more on the amount of action rather than the amount of horror elements.

After RE5 took the series from an amalgam of survival horror and action (RE4) to a flat out third-person shooter, fans of the RE of yore started to voice their discontent at the direction Capcom was taking the franchise. Capcom claimed to ‘have heard its fans’ and that RE6 would see the series ‘return to its roots’. In some respects it did; the opening to Leon’s campaign (the university and the underground) had some great modern horror elements. Alas, RE6 as a whole was a clusterfuck of too many ideas and tones where players were forced to replay various scenarios from different aspects, which resulted in a tedious and sub-par experience. In fairness to Capcom, the gunplay in RE6 is some of the best third-person gunplay I have experienced. Despite RE5 & 6 being two of the most disappointing titles in the RE franchise they are the two biggest selling titles from Capcom’s catalogue. Go figure.

The descent into action

So how can Capcom steer the series back into survival horror waters? Firstly, no more ridiculous mutated humans that can shoot guns – that’s not survival horror, that’s action. The  J’avo from Chris’ campaign in RE6 reminded me of Gears of War, just without the cover system (Chris must’ve hired Marcus Fenix as his personal trainer too because Chris now has similar size guns). The J’avo had the ability to use firearms, and not just any firearms, they could use sniper rifles – guns that require skill to operate. This is a far cry from the tense hallways of Resident Evil, or the overrun Raccoon Police Station in RE. If they could somehow reintroduce zombies and maybe a supercharged T-Virus (think Lickers that act like volatiles from Dying Light) that would sure get the heart racing.

Narrative-wise let the story follow one character (please let it be Leon), none of this intertwined rubbish that RE6 tried to execute. Switching between characters and different timelines jars the experience and it’s hard to feel an emotional investment (as much as one can have with an RE game) when the story is spread between several characters. Also, don’t include multiple boss fights with the same boss, it’s just lazy and its only purpose is to (painfully) lengthen the game’s campaign. Remember the big giant fly from RE6? How could you not? You had to kill him three different times.

Another staple of the RE of old is the fixed camera angles. Despite these angles being somewhat more fear-inducing, I hope they stick with the over-the-shoulder view that we’ve seen in RE4 onwards.

All we need is Leon and his hair

“I don’t want no partner, I don’t need no partner and I ain’t never gonna have no partner.” – Chris Tucker – Rush Hour

One feature that has taken a lot of the scare factor away from the series has been the introduction of the buddy system. RE5 was the father of this feature, with protagonist Chris Redfield teaming up with the one-hit wonder Sheva, and in RE6 every lead character (minus Ada) had a co-op partner that either a friend, a stranger or the AI could control. Having a co-op/AI partner system removes any urgency the game creates, knowing that your partner can revive you when you’re down or give you an ammo top-up means that instead of going in with a conservative approach (that survival horrors are supposed to make you do), you can go in all guns blazing.

However, I would be open to having a co-op Mercenaries Mode where up to four players take on waves on enemies. You mean like CoD zombie mode? Yes. Just like that, but with RE characters and in third-person.

Will you take the ink ribbon?

Arguably one of RE’s most iconic features, the ink ribbon save system challenged people to be smart about their saves, as these items could be limited in supply. With the player having less inventory room than Paris Hilton’s handbag with a chihuahua in it, players were forced to weigh up which items were worth carrying; do you carry shotgun shells or ink ribbons? Several times I decided to discard the ink lifeline much to my own peril.

Now as much as I’d like to see the ink ribbon return, I do not believe it would be a well-received feature in the current climate of generous checkpoint systems. However, what could work is an optional feature that gives the player freedom to choose what save system they would like. This would allow players who want a more ‘vintage’ Resident Evil experience to have just that.

To further deliver the vintage experience, other optional features could include a smaller inventory size (6 slots, 10 slots etc), different settings as to amount of ammo and herbs found throughout the game and the inability to shoot while moving. All of these could be optional and would allow fans to customise their playthrough, much like other releases such as Thief have done in recent times.

Better to save than be sorry…

To shoot or to run?

No passport – no worries

Settings can make or break a horror game. In fact almost all horror games are set in a singular location; whether it is a decommissioned mental asylum (Outlast) or an abandoned spaceship overrun by aliens (Dead Space). One of the problems with RE6 is that it tried to go worldwide – which would only be appropriate if the lead character was the (overrated (is he even rated?)) rapper, Pitbull.

RE0-4 excelled in survival horror because they were set in one location. While some settings were larger than others (RE4 being an entire village and then some), you were trapped there until the very end, instead of your own personal airline taking you to wherever the next chapter was situated.

RE1’s mansion and its hallways of horrors

The zombie-infested station of the RPD

My prediction for RE7

As for where I think Capcom will take RE7 – personally, I don’t believe that they will reboot the series, mainly because of their desire to continue to remaster the older releases (there aren’t many left) and develop spin-offs. Take the in-development RE2 remaster for example, which is a full remake and not a port of an earlier remake (as there isn’t one). As a fan, if they announce a total reboot and retell the origins of the series with new or reimagined characters and then release RE2 after, it makes for a jarring juxtaposition – I wouldn’t know how or what to feel. On one hand I’ve got these characters that I grew up with and have an emotional attachment to, but now they’re not relevant as new characters or models have replaced them.

Further enforcing my belief is what becomes of the spin-offs, such as Revelations? Do we get new instalments that feature new characters and new back stories? Rebooting the main series has a butterfly effect throughout the entire franchise – change one thing, change everything.

If I had to take a stab in the dark, I’d say (wish) that RE7 will centre around Leon and Ada. Leon’s last headlining gig was in RE4 and Chris got the call-up for RE5, with Jill and Claire having lead roles in the Revelations spin-offs. The realist inside me glumly accepts that co-op is here to stay and that Leon will no doubt have another gun-for-hire as (useless) backup. I do believe that it will be set in one large location – a town, research facility etc. Given the wide appeal that the new action direction in series has, I believe that there’s a fair chance that a lot of RE fans such as myself will have to come to grips with the fact that Resident Evil will never be true ‘Resident Evil’ again. Capcom know that some sections of their fanbase are disgruntled and long for an RE game moulded like those of the golden glory days. However, the reality is that gaming has evolved and most of the features that made RE what it was would be considered outdated by today’s standards, which is why Capcom is feeding us remasters at the speed of light. Can you imagine turning on RE7 only to find out that it had static cameras and tank controls? The game would have more day one returns than Alien: Colonial Marines. I guess the main hope is that Capcom manage to strike that magical balance between action and horror that RE4 achieved, a man can dream.

In this article:Capcom, Chris Redfield, E3, ink ribbon, Leon Kennedy, RE1, RE2, RE4, RE5, RE6, Resident Evil, Sheva, Zach Jackson