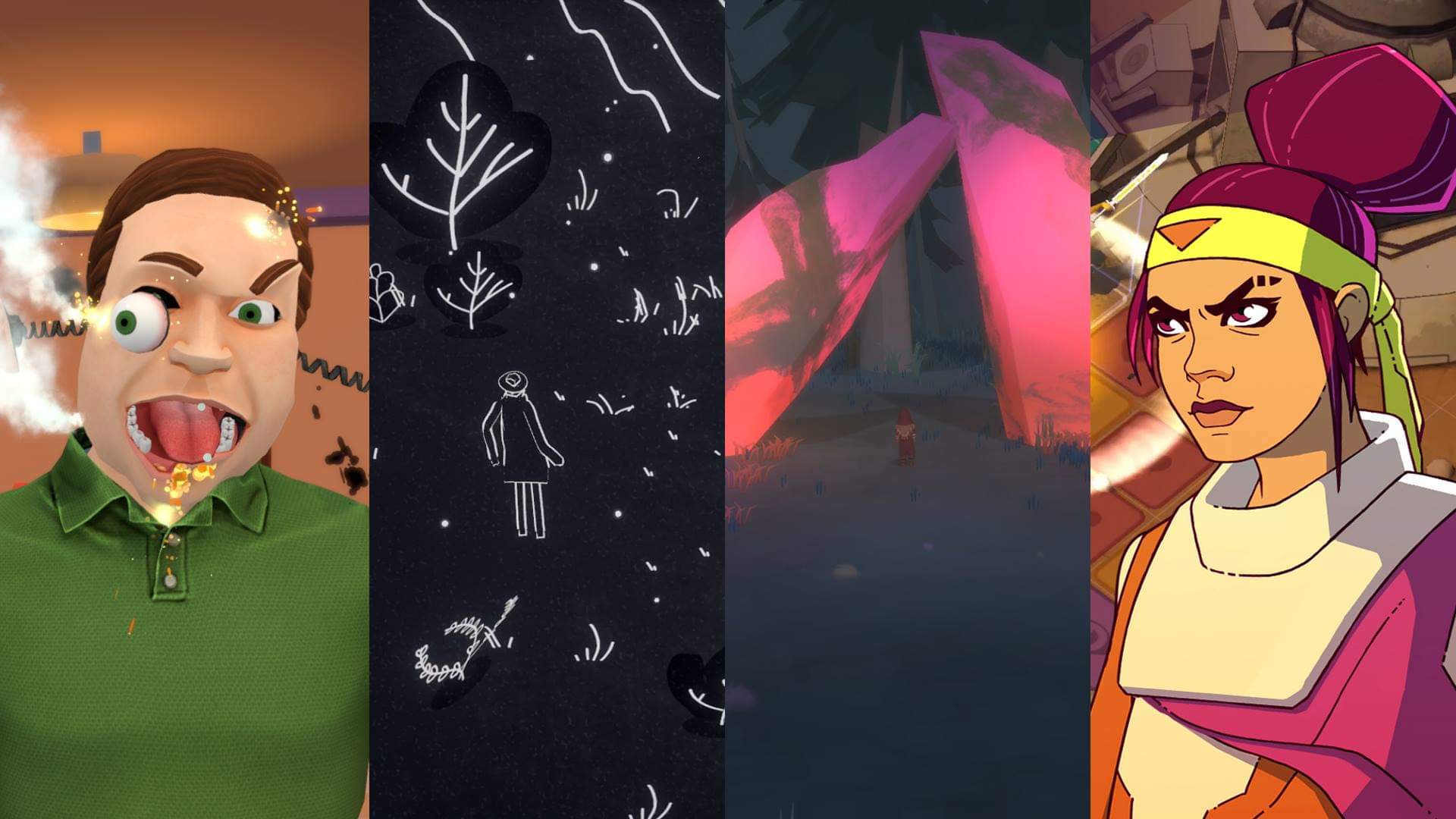 One of the big draws of PAX is its prominent feature of indie titles, and at the risk of sounding like a Melbourne hipster, it’s actually my favourite part. This year, indie developers were front and centre in the venue, and I spent hours wandering from booth to booth, trying out as many titles as I could physically cram into the day. It also gave me an opportunity to chat with the talented devs behind the projects, and a more tenacious bunch of passionate people you simply won’t find. These are people who go through enormous personal sacrifice to do something they love, and my hat goes off to all of them. So I asked my WellPlayed compatriates what they thought were the strongest indie showings of PAX 2018, here’s what we came up with…

Despite the fact I spent the large bulk of my time in the indie section, I feel like I only managed to scratch the surface of what was on offer. One game that really impressed me though was Ticket to Earth, a unique tile-based strategy game with some cool RPG elements developed by Robot Circus.  You play as one of four characters with a set of unique offensive and defensive abilities, with the general gist being to vanquish enemies who appear on the board. Your movement is tied to the tiles on the ground, which come in three different types, and you can only traverse the board by walking along connected tiles of the same type. Walking along these tiles charges up specific abilities which can then be unleashed on your enemies, and choosing how you move based on your available abilities and the threats you face is paramount. These abilities are numerous and are specifically tailored to each character, with more and more gradually being acquired as you complete missions. There is also weapon crafting available and a crazy skill tree for each character too. The Melbourne-based developers told me that creating that addicting sense of slowly burgeoning power and providing a challenge to accompany it was at their core of their design ethos, and it was certainly evident in the time I spent playing.

Although I couldn’t get a full appreciation of the episodic narrative, it has an oddball sci-fi comic feel and strong colourful art direction that’s pretty endearing. Two of the four planned episodes are currently available for download on Steam, iOS and Android platforms, and is something I’d definitely recommend giving a whirl.

Honourable Mentions: Both Brief Battles and Hyper Jam are two awesome titles that I played last year and continue to be awesome this year. Both are very close to a full release, so hopefully we get some news very soon.

I was pleasantly surprised to see a much bigger and well-placed PAX Rising area this year, and I have to say that pretty much everything I played from the smaller developer section was incredibly impressive.  Around 70% of my time this weekend was spent with a slew of awesome indie games, and these two titles made a huge impression and left me wanting more.

If there are two things I appreciate in gaming its weird stories and distinct art styles. Genesis Noir, a cosmic point-and-click adventure game developed by Feral Cat Den, looks set to deliver both of those in spades. The first thing that grabbed my attention was the amazing pulp comic illustration style visuals and the heavy interplay of light and dark. It is honestly one of the most striking design choices I’ve seen in a long time and one that I can’t wait to see more of.

Not only does it look fantastic, it also boasts a strange and wonderfully unique story about love and loss. Celestial beings occupy the space before the birth of the universe, and the big bang (yes, that big bang) is actually the result of your lover being murdered. You are a cosmic gumshoe and must use your powers of time manipulation and investigation to try and stop this tragic event from taking place, no matter the cost.

I predict that Genesis Noir will be one of the most gorgeous and memorable things I’ll play in the near future.

Another game on the show floor that absolutely stunned me was the quirky anime-inspired ‘visual novel’ Necrobarista. Not only are the developers (Route 59 Games) Melbourne locals, they’ve also set their story of Necromancy and Coffee in a strange, contemporary fantasy version of the city. ‘The Terminal’ is a place where the recently departed can have one more night to say goodbye and one last cup of joe.

Once again, Necrobarista stood out to me because of how amazing it looked and how everything in the demo felt like a labour of love for the team. The super cute characters and the almost recognisable backgrounds from the city of alleyway cafes and milk crate chairs were all emphasised by a fantastic and engaging soundtrack too. If you haven’t had a chance to scope this game out yet, I highly recommend that you do!

I didn’t get nearly as much time in the PAX Rising area as I’d have liked to this year, but I was extremely happy to see the space expanded and brought right up to the front of the show floor. The booths were more plentiful than ever, crowds were bigger and the level of excitement was palpable. While many of my favourite games made a welcome return, often with newer and more polished builds, one PAX virgin (booth, that is) truly caught my eye. Speaking Simulator is a new joint by Brisbane-based Affable Games, a studio co-founded by an ex-member of Aussie mobile gaming giant Halfbrick Studios. Playing as an android under the guise of a human, your job is to talk your way through otherwise mundane situations without giving away that you’re a robot. In order to talk though, you’ll need to manually manipulate the android’s mouth with the mouse and his tongue with the keys, to replicate the movements required to sound out the words shown on-screen. If you’ve ever played a game like Surgeon Simulator or Goat Simulator (I sense a theme here), you’ll know what comes next. Through intentionally janky physics and a keen sense of comedy, navigating each situation as naturally as possible while also trying not to knock your own teeth out of your mouth as your tongue flails wildly is as tense and hilarious as it should be.

Honourable Mentions: I finally got the chance to play Brief Battles this year, after the rest of the WP crew raving about it regularly, and it didn’t disappoint. It might just be because I kicked their collective butts, but it’s now firmly on my radar as a perfect future party starter. Also, The Stillness of the Wind by Memory of God/Lambic Studios was just the kind of quiet, understated experience that I needed to break up the craziness that is PAX.

This year was a weird one for me. Despite there being a ton of cool looking indies, I probably played the least amount of indies I have ever played at PAX. Instead I was keen to play cheerleader and watch my colleagues like the voyeur I am, all the while shooting the breeze with some of the devs and gaining insight into their journey to PAX Aus. I also may have been buttering some devs up for a potential Made In Australia feature, so watch this space.

There were a couple games that piqued my interest enough to go hands-on. Where the Snow Settles by Tasmania’s very own Myriad Games is a title I have been keeping a close eye on since its announcement, and although the demo build was very basic, I got the sense that the team are building an emotional journey for players. Details are light at this stage, but essentially you play as Aurelia, who goes searching for her missing sister, and in turn discovers there is more to the world than what she knows. The art direction is gorgeous and the soundtrack already sounds like it’s going to be a key element to the game. There’s no release date at the moment and so far it’s only been announced for Steam, but one to keep a look out for. I was keen to see the progress Juicy Cupcake had made with Brief Battles since the last time we played it (PAX Aus 2017), and it feels a lot more polished and fluid. Although I was pantsed in every round, I had heaps of fun playing and can’t wait for the final release, which according to Andrew Freeth of Juicy Cupcake may not be too far away.

Honourable Mentions: Hyper Jam. Super fun game that I was terrible at. Like really bad. Which simply means I have to buy it when it releases early next year to prove the haters wrong. Also Infliction looks like it serve up all kinds of horror deliciousness. Made by one man, Clinton, it has a very PT-esque vibe. It’s also our feature game (and developer) for November’s Made In Australia. Get excited people.