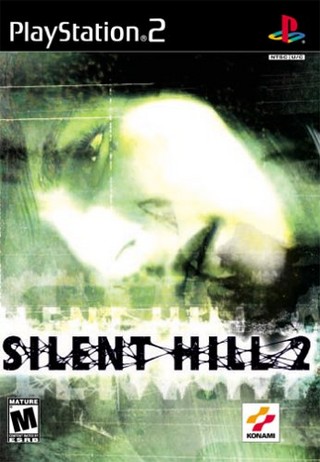 2001 was the year that spawned a game that would be forever seared into my memory, like a night terror you have as a little kid that stays with you long after the lights have come back on.

That game was Silent Hill 2.

SH2 was developed by Team Silent (who sadly disbanded in 2004) as a follow up to the also amazing original game published by Konami.

I was 12 years old when I first played the game in secret on my uncle’s PS2, as I was barred from playing it by my parents, and probably for good reason. I think maybe that created even more tension as I was not only worried about being caught out in the game, but by my sneaky parents too.

Now, it scared the hell out of me back then, But I suppose to be fair it wasn’t until I replayed it a little later (around 2009) that it all REALLY made sense, and all these things that scared me as a young teen had become ten times worse, but not in a shit my pants kind of way (given, I still shat my pants when a hulking Pyramid head was lurking in the hallway of that hotel for example).

No. The thing that really stuck with me were the underlying themes.

Silent Hill 2 really is one of the most depressing games ever made, and one of the few daring enough to actually throw you into some scenarios very rarely mentioned in the gaming world, even still to this day.

It is a bleak tale of a man James Sunderland, who receives a letter from his (now) dead wife Mary, and then heads off to Silent Hill to find her, as this was where she loved to go while alive. It is all quite sad and moving as we see a man devoted to his partner trying to find her.

…That is until we realise she had cancer and James actually kills her as he can’t put up with it anymore.

Talk about a fucking anti-climax of happy endings.

As if this isn’t enough doom and gloom, we come across other characters who have lost their way in Silent Hill (which, is still really up to one’s own interpretation of what it actually is, maybe it’s limbo between heaven and hell? Maybe it’s real? Who knows?)

We meet Angela, a young woman sexually abused by her father, who spawns one of the most physically messed up and darkest boss fights I have ever witnessed in a game, the ‘twisted daddy.’ Angela ends up taking her own life by walking into fire as she is so deep into her own shame and guilt. We also meet Eddie, who murdered a dog and tries to shoot you in the face.

Then, there is Maria, who is really the games second protagonist. She is also up to the player’s own interpretation as she is the spitting image of James’ dead wife Mary. To me, Maria symbolised James’ lust and temptation to cheat on his wife as she battled cancer and became frail, disfigured and weak. But then again, you may have seen her in a different way? Perhaps his saviour?

All in all, every time I played this game I always got the same ending. No idea why. James kills himself by drowning.

…and every time I play, I genuinely feel deeply saddened.

I actually, feel something.

It is very rare that a game can make me feel so down, and show me a perspective on people and how dark they can go. And it is this reason I call Silent Hill 2 my favourite game of all time.

Not so much because I enjoy playing what Team Silent created, it actually repulses me.

But because it is still one of the only games that can punch me hard in the feels. Every. Single. Time.

In this article:konami, silent hill