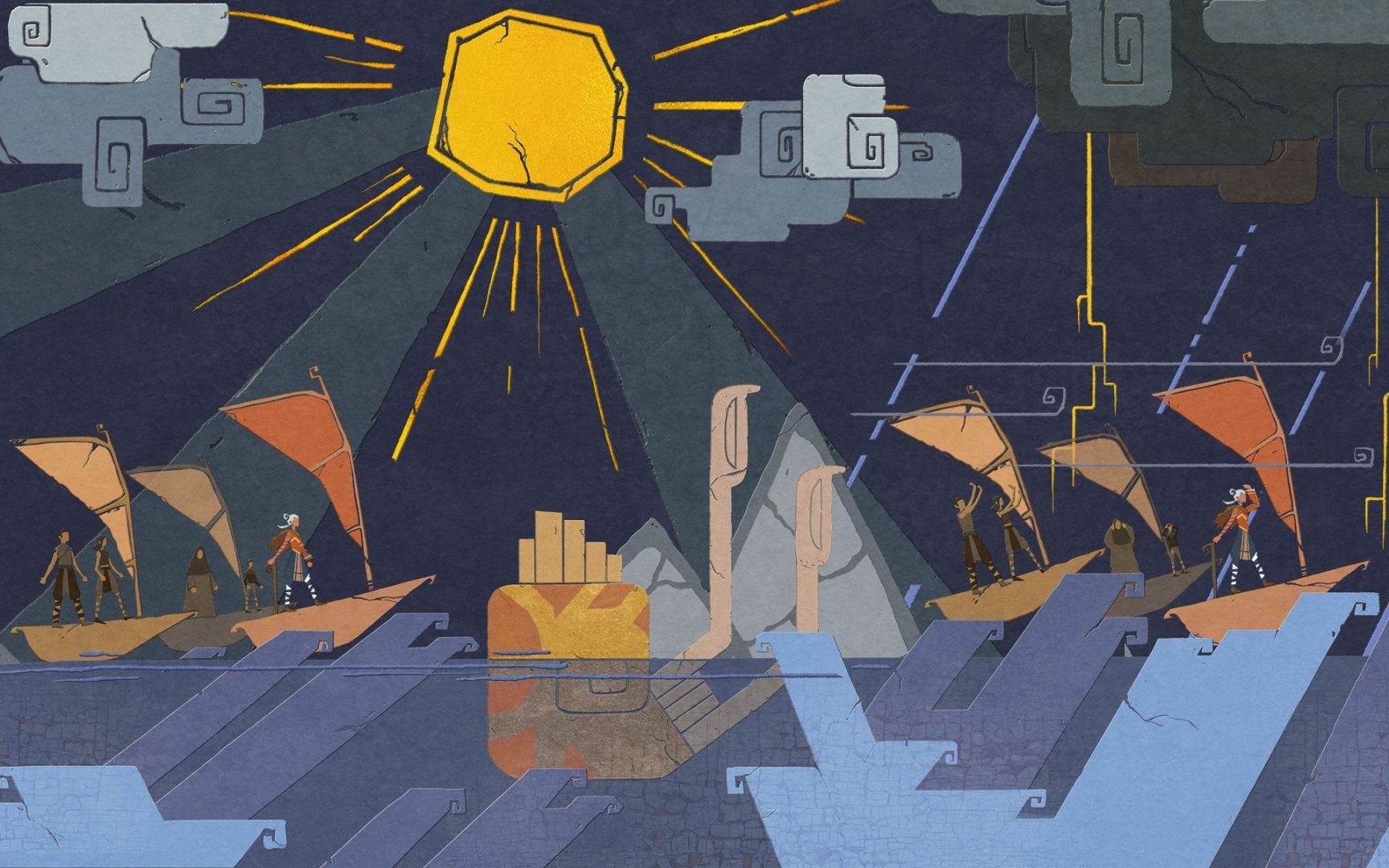 It’s no secret that we love a bit of Windbound here at WellPlayed – it’s our feature game for this month’s Made In Australia segment, after all. The Brisbane-made survival adventure game is sailing toward release this week, which means we’ve been treated to a brand new story trailer as well as some info on previously-unannounced pre-order bonuses.

The Mural Story Trailer shows off some gorgeous mural-style animation that ties in with Windbound’s in-game storytelling motif, chronicling some of the tale of Kara and her journey after being separated from her clan by storms and the mysterious Nautilus. It also features some splashes of late-game footage with Kara decked out in armour and riding a fairly well-equipped raft. Check out the trailer below:

Publisher Deep Silver has also unveiled a smattering of preorder bonus content for Windbound, available across all platforms (according to their various restrictions). The bonus Ancestral Gear DLC includes:

Ancestral Attire
This treasured garment – fit for either a warrior or a priest – has been handed down from generation to generation, and now the time has come for Kara to honour her past.

Ancestral Oar
The Oceanic Gyre was revered in times past, though its true significance is enigmatic to Kara’s people today. Nevertheless, this salt-treated wooded oar remains sturdy and functional, despite its age.

Ancestral Knife
How or where the ancestors acquired these Sea Shards remains a mystery, but few would deny their efficacy. Luminous, durable and impossibly sharp, this blade cuts as well today as it did a hundred years ago.

PC players who pre-order Windbound on the Microsoft Store, Steam Store or Epic Games Store will get this DLC at launch. It’s a slightly different story on Switch where the DLC will be granted to players who pre-order or purchase within two weeks of the game launching, and then PlayStation 4 players (where there is no pre-order listing for the game) simply need to buy the game within two weeks of launch to nab these items.

Windbound releases this August 28 for PlayStation 4, Xbox One, Switch and PC. Look out for our review later this week, and if you’re keen to know more don’t forget to check out our Made In Australia coverage including interviews with Brisbane developer 5 Lives Studios.