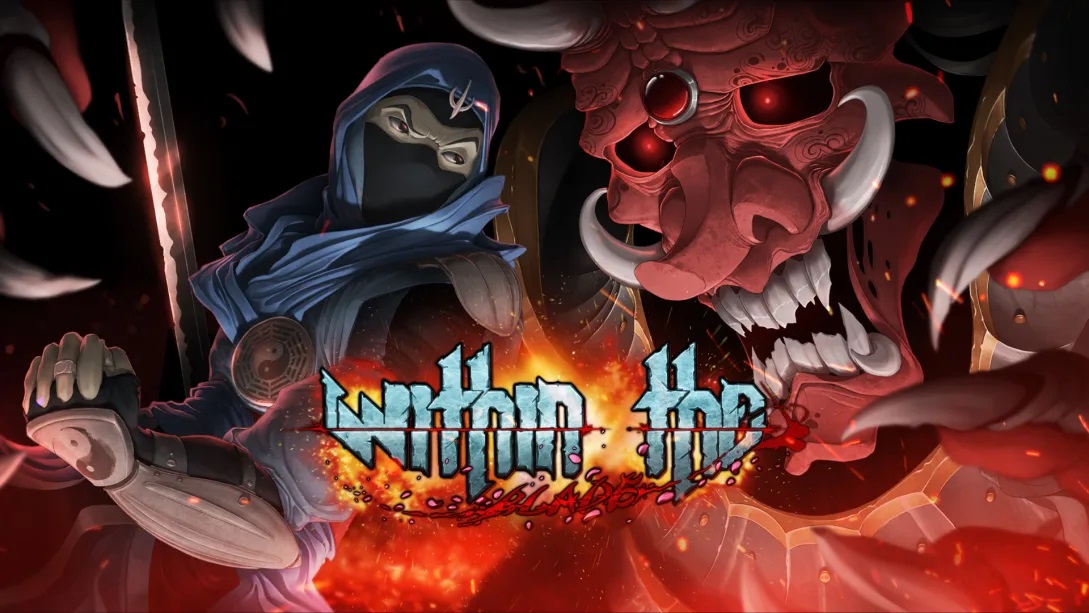 Ninjas plus video games equals difficulty. It’s simply one of the laws of (gaming) physics, right next to movie license games being stinkers and couch multiplayer being objectively more enjoyable than its online counterpart. From 1987’s Shinobi to 2004’s Ninja Gaiden Black, any game influenced by ninja folklore seems destined to be as controller-breakingly hard as possible. Within The Blade, from Latvian indie developer Ametist Studio, continues this illustrious tradition – both willingly and not.

Within The Blade first appeared as Pixel Shinobi: Nine Demons of Mamoru in 2017, making its way to PC under its new (better) title in 2019. Now ported to consoles, Within The Blade channels every drop of its late 1980s influences in a number of ways. The first, and most obvious, is in its pixel art visual direction. Colours, especially that of blood, are bright and colourful without losing their edge thanks to some delicious shading. Animations aren’t afraid to implement more modern effects such as motion blur, making each action smoother and more rewarding. Enemy designs are clear and crisp, always telegraphing exactly who you’re up against. Visually, Within The Blade is one of the better games of its style I’ve played. The music isn’t half-bad either.

However, I’ve said it before and I’ll keep saying it – pixel art doesn’t scratch the same itch it did 10 to 15 years ago. This may be due to my entry into games coming during the early polygon graphics era, denying me that increasingly elusive nostalgia for 8 and 16-bit systems. But, like I love to puke about, the memory of the tidal wave of pixel art games at the turn of the last decade remains burned into my brain. Within The Blade may be visually impressive, but the art direction is just too tired on a personal level. That said, I won’t mark the game down for that considering budget and influence.

Despite these double-dated visuals, Within The Blade provides gameplay that’s both frantic and slow simultaneously. Much like the SEGA ninja offerings of old, Within The Blade has you mastering combat combos and movement mechanics in order to succeed. Approaches to each of the game’s 25 levels are plentiful as a result. You can slowly pick off every enemy without being spotted, throw caution to the wind for some real action, or you can simply rush past everything in a mad dash for the goal. A gameplay loop that puts agency in the hands of the player is always a treat, especially when it’s in a shorter and more focused experience.

In fact, it’s a bit too focused. Not being able to replay levels is disappointing, especially if you’ve missed out on one or all of a level’s extra objectives. An overworld, or even a select screen like the game has for its extra Challenge levels, would have done wonders for replayability. In addition, Within The Blade criminally underutilises its stealth aspect. Unless you’re playing with Permadeath you’ll be swinging more often than stabbing, especially with such demanding windows of input. Momentum is also often a greater enemy than those with weapon of their own. It takes some time to slow to a stop from moving, which is fairly normal for a 2D platformer – 1985’s Super Mario Bros. is the most prolific early example of this – but the length of this ‘braking distance’ will take some getting used to. I suppose that’s what the pungi pits are for.

Indeed, learning to control the game is its own trial. Within The Blade’s movement and inputs in general are finicky and will take some getting used to. My early time with the game consisted almost entirely of stubbornly trying to activate a double-jump when I wanted to – its input window is woefully short – and falling into bamboo pungi pits to lose a good chunk of health. Then I’d get back up, return to my problem point, and bugger up a wall run to fall into another part of that same pit.

Look I know you’re not washing your hair to try and make it thicker, but please wash it now

After overcoming that trial, I’d attempt to assassinate an enemy but fail because I wasn’t in the correct spot. Repeat ad nauseum, with a growing roster of enemies and obstacles. It’s understandable that Within The Blade should pursue difficulty perfection, but failing duties because of forgetting an input (or the controller forgetting it for you) is a ninja nightmare. The game’s crafting system is fairly redundant as well. There were a mere handful of instances in which I needed to gather ingredients to craft an item, and they were usually boss fights. 200+ recipes is also boasted, which seems like a ludicrously large number.

That said , Within The Blade does reward dedication to your training with satisfying combat and movement…when it works. As a console port, Within The Blade has its fair share of UI bugs in the Switch version. The Skills menu – think a command list in a fighting game – shows nothing but a dimmed screen. Handy for leaving the game idle sans fear of screen burn, not much good otherwise. The inventory menu, too, often won’t work properly. I put my trusty kodachi in there while fiddling around with it and had no means of retrieving it, as controller inputs had decided to clock out for the day. Luckily, this occurred early on in my first playthrough. If I had discovered this roadblock in later levels, I would have been quite miffed. Rustled, even.

Despite bugs and my innate suckage at video games, I did end up enjoying my time with Within The Blade. Its visual direction is dull, but its distinctive features help to ease the pain. Difficulty is only partially attributable to sometimes-responsive controls and a jarring momentum, and eventually proves rewarding to become decent at. Plus, being a ninja is cool. 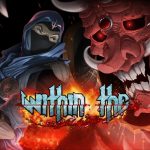 Within The Blade Review
While You Were Getting The Girl, I Studied The Blade
Within The Blade is a love letter to the 'hard ninja game' tradition, drawing inspiration from titles of the pixel age in particular. While it may take some getting used to, the game's difficulty curve becomes more rewarding than not...sans a few minor setbacks.
The Good
Player agency in progression
Rewarding learning curve
Short and focused
The Bad
Touchy controls and input
Buggy release build
7
Good

Within The Blade Review
While You Were Getting The Girl, I Studied The Blade
Within The Blade is a love letter to the 'hard ninja game' tradition, drawing inspiration from titles of the pixel age in particular. While it may take some getting used to, the game's difficulty curve becomes more rewarding than not...sans a few minor setbacks.
The Good
Player agency in progression
Rewarding learning curve
Short and focused
The Bad
Touchy controls and input
Buggy release build
7
Good
In this article:2021,ametist studio,pc,pixel,ratalaika games,review,switch,within the blade