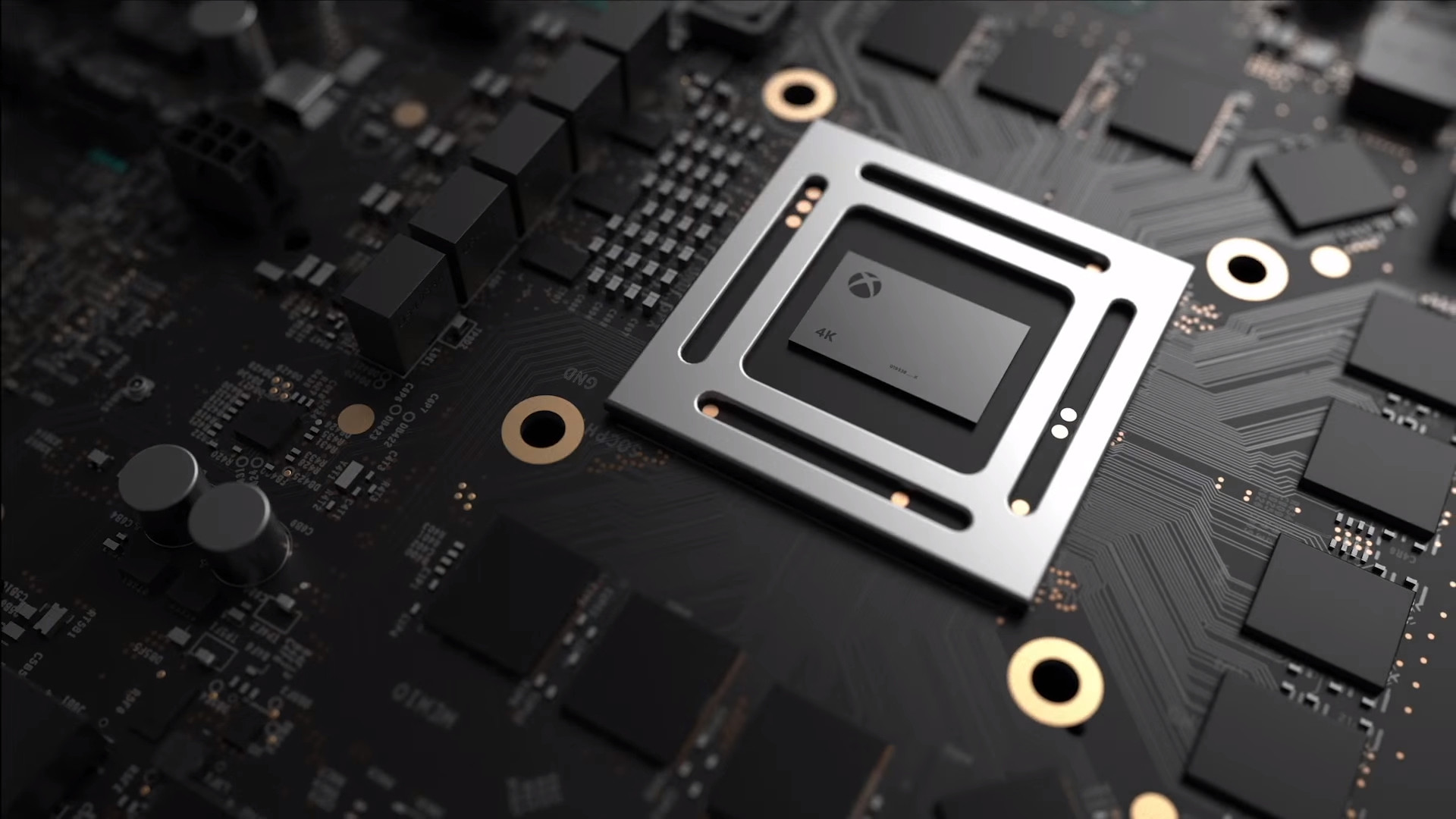 Whoever you ask, most will agree that this generation has not been kind to Microsoft’s Xbox One. The problems started pre-launch, with some invasive sounding anti-gamer DRM policies and mixed messaging establishing a decidedly negative tone early on. Sony successfully managed to capitalise on this build-up of ill will towards the Xbox brand, and on the battlefield that was E3 2013 when both next-gen consoles were truly put on display, Sony emerged a clear victor; their machine was more powerful, their messaging was clearer and more direct, and most importantly their focus appeared to be squarely on the gamer. Microsoft on the other hand was attempting to diversify by introducing the Xbox One (whose name was also quite baffling) as a multimedia machine that would not only play games but could also take the place of a set top box. This is fine in principle, but by trying to appeal to a wider audience they appeared to be leaving gamers in the cold. Yes, I could finally watch the latest match of American handegg but what about the games man?!

This is a decidedly different picture from last-gen, where the Xbox 360 in my opinion reigned supreme. While this is of course a contentious claim and highly subjective, personally when I think of the thousands of hours I spent with my 360 it brings a smile to my face, whereas when I think about my fat boy PS3 I get phantom hand cramps and horrifying flashbacks of Uncharted 2 and 3 disappointment. I did appreciate some of Sony’s other exclusives though, particularly the God of War series and the utterly brilliant The Last of Us, but at the end of the day Xbox was my main jam. One major factor was the PS3 controller, an uncomfortably small and ridiculous device that was seemingly designed to be as terrible as possible for first-person shooters in particular. While it wasn’t all bad news, the PS3 was by far the least favourite of my console children.

Sony has completely changed the playing field this generation, managing to manoeuvre its console well out in front of its arch nemesis by a confident margin. It has sold vastly more units, and much like the 360 last gen, PS4 is now the best place to play multiplatform releases. Most multiplats run slightly better on PS4 compared to Xbox One, plus the player base is generally larger on Sony’s console making it more often than not the superior choice. Importantly, the controller is also much improved, with a slew of common sense changes such as having proper triggers and concave thumbsticks as well as an overall larger size and more solid feel. While I’ve never claimed sole allegiance to a console since my unfortunate days as a Sega Megadrive fanboy, the truth is that the majority of my time is spent with my PS4 while my Xbox stares disconsolately at me waiting for me to say those two magic words: “Xbox On.”

Perhaps the most telling sign of PS4 dominance (in case you’re not convinced) is the Call of Duty franchise jumping ship from Microsoft to Sony (in the odd practice of timed DLC exclusivity). While I can imagine that sentence will elicit much rolling of the eyes from gamers who have long washed their hands of CoD, I still believe it to be a good general indication of the status of the current-gen consoles. I have previously made the argument that Sony appears to be resting on their laurels this generation though, and their current stable of quality AAA exclusives (in the West at least) is not altogether impressive. Personally I think Bloodborne and Uncharted 4 are the standouts, but the rest have been… thoroughly average. Of course it will come down to personal taste, but I believe that Xbox’s underdog status has spurred Microsoft to try harder with their exclusives in order to entice players to embrace their brand. Ryse, Dead Rising 3, Halo 5, Quantum Break, Sunset Overdrive and Titanfall (one of the best FPS to grace any console) are all memorable AAA titles that aren’t available on PS4 (I’ve avoided labelling them exclusive as some are available on PC).

As is the way with these things though the battle lines are again set to be redrawn, with both major console companies poised to release their mysterious mid-gen upgrades. These consoles will support High Dynamic Range (HDR) and allow streaming of 4K content (if you have a TV that supports it and aren’t relying on Australia’s tin-can-and-string internet infrastructure). They will also feature more powerful hardware that will apparently enable native 4K output, although given their specs many are dubious of this being possible at an acceptable frame rate in the absence of other graphical compromises. Xbox got the jump on PS4 when they unveiled Project Scorpio at this year’s E3, and it was definitely the highlight of the fairly lacklustre MS press conference. Still, compared to the Xbox One the Scorpio looks to be an absolute beast, even able to (currently) stand toe-to-toe with high-end gaming PCs. Of course PCs have an open, modular design and evolve at an incredible rate that consoles’ closed systems can’t hope to match, and it’s more than possible that the Scorpio won’t look quite as mighty next to PCs when it finally releases in 2017. One thing’s for sure though, it’s going to be much more powerful than the PS4 Pro in terms of raw GPU power and memory bandwidth. How much this means in terms of tangible differences across the two rival consoles is a matter for debate, but as we’ve seen with the ongoing PS4 vs Xbox One war, perception is everything. If you have the option of buying/playing a more powerful console that runs games with greater graphical detail and at higher resolution with a more stable frame rate, which would you choose? The PS4 for the most part has been the obvious choice so far this generation (even if the improvements are fairly minor), but the Scorpio will most likely shake this up considerably.

This power of perception is no more evident than in observing that the PS4 Pro is being directly compared by the gaming masses to the Xbox One S. The fact remains that despite the Xbox One S’s much lower specs (it’s about four times less powerful than the Pro and is more or less equivalent to the power of the vanilla Xbox One), it still has more features than the Pro, specifically in its ability to play 4K Blu-rays. I imagine most people arguing about this odd omission on the Internet don’t even own a 4K Blu-ray disc and probably don’t plan to start a collection, but that’s not the point. We’re talking about the power of perception, and what some see in the PS4 Pro is a console that is supposed to be superior but can’t do as many things as a weaker, better looking, smaller and cheaper rival console.

There’s more questions than answers at this point and we certainly don’t know the full extent of what these machines will be capable of or what their presence signifies. What sort of real differences will we see in graphics between the mid-gen consoles? It has already been stated that neither the Scorpio nor Pro will have exclusives so what compromises will have to be made to make sure that games run optimally across both original and upgraded models? Perhaps new console titles will embrace the style of PC game design where sacrifices can be made between graphical detail (like shadow/lighting detail and anti-aliasing), resolution and frame rate. Probably one of the more exciting bits of Xbox messaging that’s trickling down is the fact that MS are keen on a future that frees itself from the prison of console generations. This would seem to mean that they may be able to keep the advantages of console gaming while still offering those interested the ability to freely swap out components to boost overall performance. The logistics and consequences of such a bold move are unknown quantities, but it’s an interesting concept that might go some of the way to future proofing the console gaming model.

I for one believe that Xbox have stumbled this gen, but they are certainly not down for the count. Sony have proven themselves a more than worthy opponent, and one that perhaps MS initially underestimated. But MS have proven in the past that they are forward thinkers who are willing to take risks, push boundaries and shake up the status quo. This is evident in their push for true quality online multiplayer with the OG Xbox, the introduction of things like achievements (a practice that was then adopted by Sony in the form of trophies), their desire to foster cross-play with PC and PS4 (something Sony have refused to commit to) and the fact they are getting behind mods for popular titles such as the ever-popular Elder Scrolls and Fallout series (something Sony also won’t commit to). With this in mind I believe Xbox will rise again, and Sony may once again find themselves on the back foot. Sony of course will continue to dominate the Japanese market, but they’ve also put of lot of eggs in their VR basket. If VR flops (and there’s a chance it will) then where does this leave them? The good news in all of this is that competition breeds excellence, and the only people who are 100% guaranteed to profit from this are the gamers. So for the moment I’m content to sit back with a bag of popcorn and watch the sparks fly. When the dust settles I’ll do what I’ve always done: I’ll go where the games are.