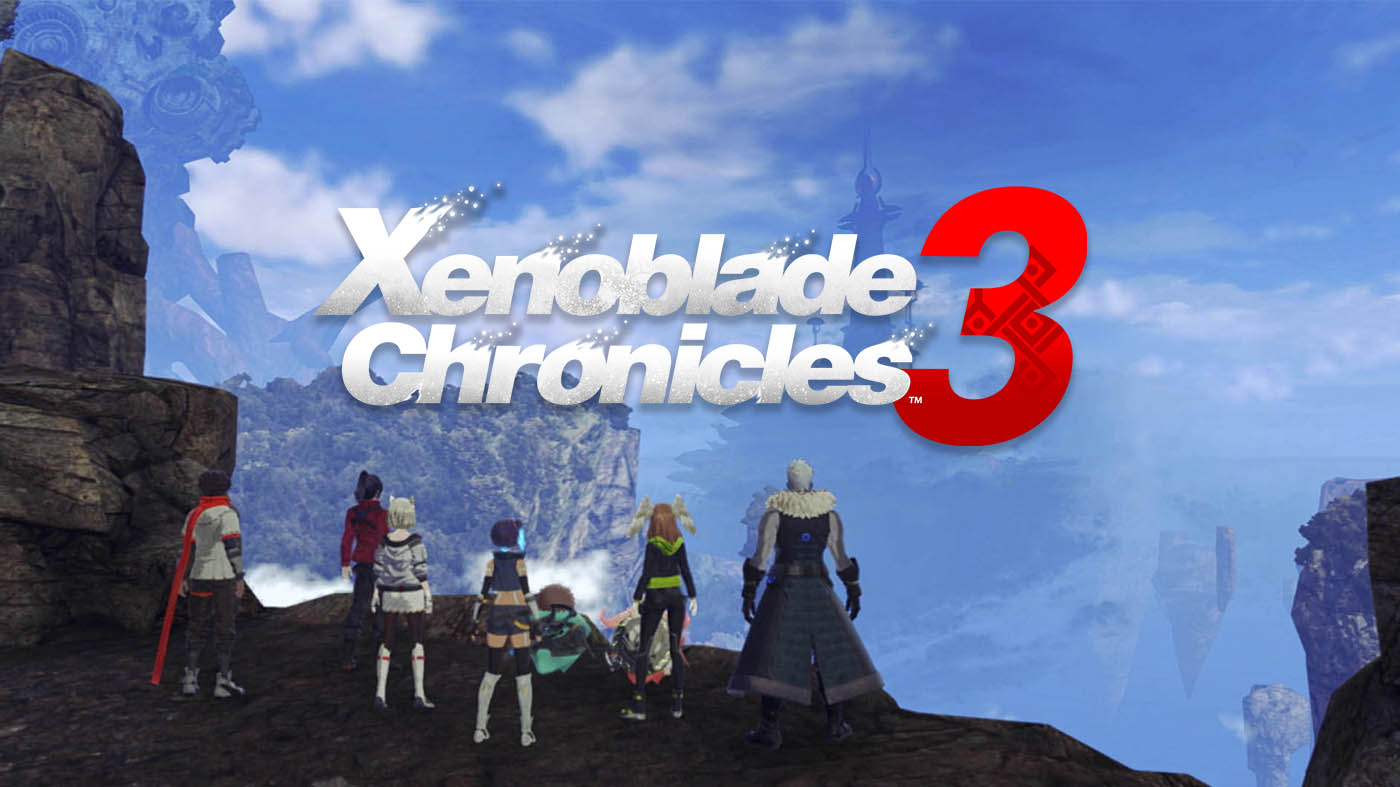 When I think of Xenoblade Chronicles, a name that has quickly become a staple among the libraries of Nintendo’s home and handheld consoles, I immediately feel exhausted. I’ve thoroughly enjoyed every entry in the venerable JRPG franchise but damned if they aren’t dauntingly huge and impenetrable things that require time and dedication to truly master. Going into the latest entry, the sensibly-titled Xenoblade Chronicles 3, I was fully prepared for the same. After spending a little over a week with the game so far though, I reckon this might just be the best jumping-in point for the series yet.

In case you haven’t been paying attention thus far (or haven’t cared to), Xenoblade Chronicles 3 sets up a narrative where the two nations of Keves and Agnus are locked in a perpetual war over an ethereal energy resource that’s recovered from the slain bodies of their foes. With their lives completely engineered, shortened to a maximum of ten years and devoted to constant battle, it takes little more than a spark to set off a chain of events that sees the game’s six main protagonists – three from each nation – set off on a journey to uncover the truth of their world and the faces pulling the strings in the background. There’s not a lot we can talk about beyond the game’s first chapter so I’m going to leave it all there but granted there’s going to be a lot here to chew over, especially for franchise devotees.

The opening hours of Xenoblade Chronicles 3 are suitably stuffed with onboarding and exposition for a game this dense with both narrative and systems. That said, it does a remarkably good job of keeping things moving along at a snappy pace and giving each new mechanic introduced ample time to breathe and sink in. With enough time to put things into practice and understand the nuances I always felt ready to wrap my thinking gear around the next challenge or story beat without feeling like I was being overly coddled.

Like its predecessors, one of the biggest joys in Xenoblade Chronicles 3 is wandering its huge environments and picking up copious amounts of loot while fending off all manner of native fauna. This entry makes that easier than ever by trimming the fat from a bunch of systems while better integrating others into the world building and character work. There’s a harmonious balance of systems pushing progression along from top-level main quests to side missions that are organically discovered through eavesdropping in human settlements and sharing the information with your companions, and once-tedious collectible fetching lists are neatly stripped back to a remote messaging system with one-click delivery.

My favourite feature and a huge relief after Xenoblade Chronicle 2’s terrible waypointing is an optional navigation system that lays down a subtle guiding line over the environment to show you the shortest (but not necessarily safest) route to your currently selected destination. I’ve actually found myself using it pretty much permanently, not necessarily to have the way laid out for me but to more easily regain my bearings after I inevitably find myself distracted by shiny objects off the beaten path. There’s a lot going on beyond what we can say just yet, but XC3 also quickly introduces the idea of managing your party’s affinity with the various Keves and Agnus colonies around the world of Aionios by getting to know their inhabitants, completing quests and seeing off the ether of their slain allies across the open world. It’s this micro-loop, supported by the streamlined collecting and questing as well as incidental events out in the wilderness, that I’m most excited by in this new entry and the biggest reason that it feels so good to play so immediately.

Combat in Xenoblade Chronicles 3 feels like a smart mix of recognisable elements from XC1 and XC2, tightened and expanded to make controlling a party of six characters manageable. It’s still the same real time, auto-attack flavour as before with a focus on positioning and timing of special moves, but this time you’re able to choose the class of every one of the core protagonists from a steadily-growing selection that all fit into the three archetypes of attacker, defender and healer. The core strategy introduced early on is that you want your defenders to constantly be pulling the attention of enemies so that attackers and healers are free to do their thing, with everyone supporting each other with AOE buffs and combat attacks.

Whether it’s these base principles, the introduction of a new Chain Attack system or the exciting ability of set pairs of your party members to fuse into powerful Ouroboros forms, the one thing that’s struck me from the beginning is how natural everything feels. There’s absolutely a skill ceiling to reach for as the game goes on, especially if you decide to brave the encyclopedic tutorial and gameplay tip menus included, but even on the default difficulty setting things come across as incredibly well-balanced for varying levels of comprehension. The keys to success are communicated and signposted so effectively and so thoroughly from the outset that even if I lost track of how a particular system worked I was always keenly aware of what the result should look like.

While the UI in combat (and everywhere, really) can seem overly busy at first, it’s actually a far sight better at communicating important information than previous Xenoblade games. Being able to see, at a glance, whether your defenders are effectively pulling aggro from your healers or which of your Arts will cause or benefit from a particular enemy state is incredibly helpful. It’s especially satisfying to see a multitude of intersecting rings on the ground indicating where you should be standing to receive the full extent of the buffs being thrown around by your support members. After seeing initial gameplay reveals I had concerns I’d be setting myself for some serious eye strain trying to keep track of up to seven characters all throwing glowing lines and numbers around the battlefield but (at least so far) it’s been nothing but a joy.

All in all, Xenoblade Chronicles 3 proves right out of the gate that it’s attempting to take the best of what’s come before and amalgamate it into something special. It shows in the game’s presentation as well, with the early areas showing off exactly the kind of expansive and gorgeous environments and lavish designs that you’d expect. The ‘anime-ness’ of XC2’s characters has been toned down considerably though, with this new entry feeling a lot more like the Definitive Edition of the original game. The initial chapter’s human settlements are largely limited to mobile colony camps, which aren’t much to write home about, but later locales are sure to veer into classically gaudy territory.

While I’m absolutely on board with where this entry is sitting aesthetically, I’m less enthused about the technical side of things. Things don’t seem quite as horrendously blurry as I remember XC2 being, especially in handheld mode, but it’s still enough to render a lot of enemies and visual elements difficult to discern at times. It definitely seems that Monolith Soft has reached the peak of what its capable of squeezing out of the system for as long as its ambitions of scope persist and what’s been achieved is still impressive (and runs well), but I’d love to tear this game free of its hardware shackles and continue my playthrough on a more capable platform. It’s still beautiful and I’m still sitting in quiet awe with each new area that I discover, but that awe could be even more, well, awesome in a better world. The music so far is universally excellent though, as is the voice work, though it only took less than a dozen hours for me to be absolutely done with everyone’s field and battle barks.

While I’m still plugging my way through what’s undoubtedly a mammoth JRPG experience, my initial impressions of Xenoblade Chronicles 3 are hugely positive. It’s been a long while since I’ve slid so effortlessly and comfortably into such a dense and mechanically nuanced title, and that’s a huge credit to the studio for showing a mastery of pacing, balance and feedback. The jury’s out on whether I’ll feel the same once the game’s narrative really kicks in and I become swamped in new gear, classes and heroes, but I’m sure as hell keen to find out.

You’ll be able to get your hands on Xenoblade Chronicles 3 when it arrives exclusively on Nintendo Switch on July 29, 2022. If you’re excited for it, shout out in the comments below and let us know what you’re looking forward to most in the game.