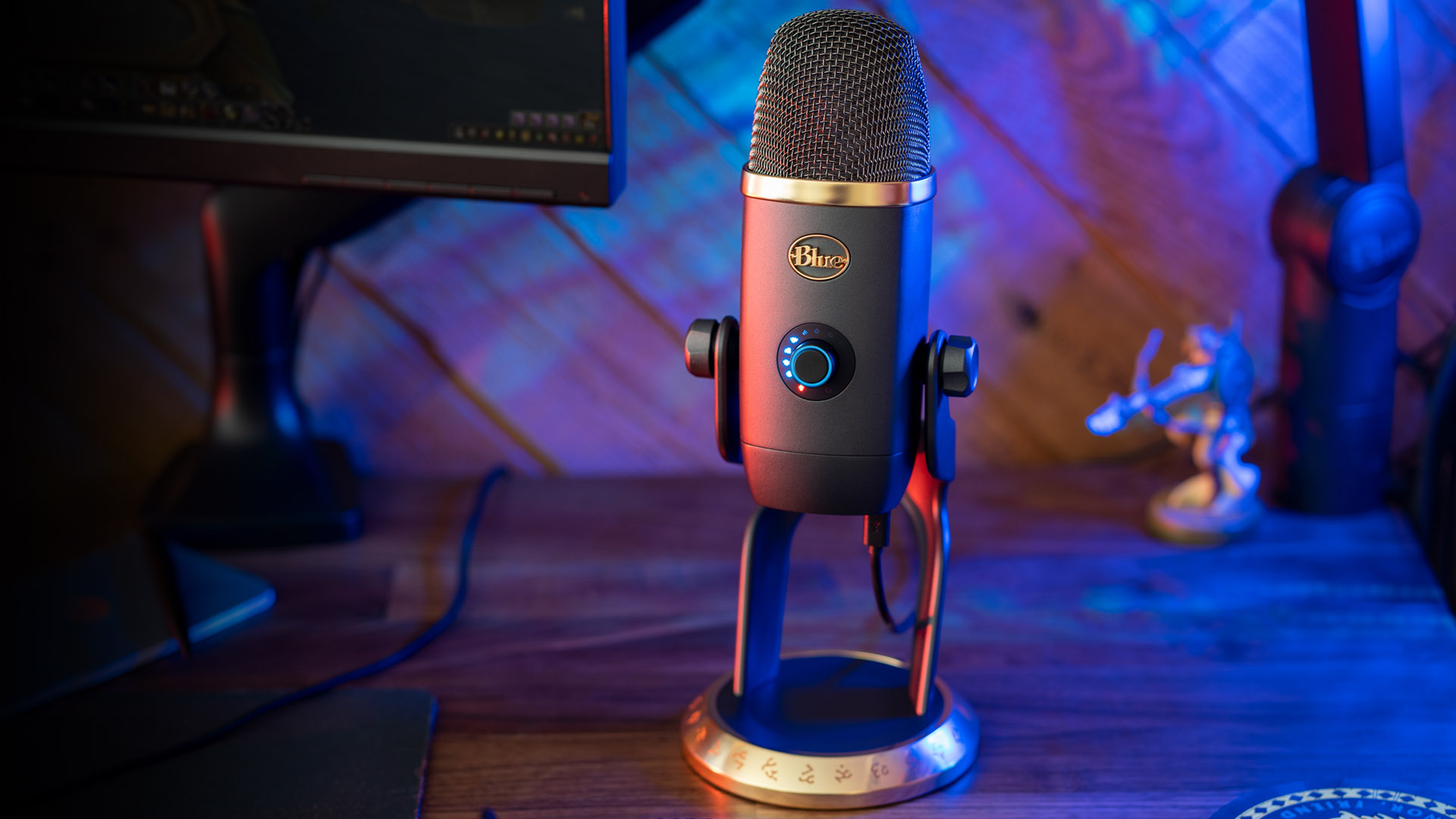 It’s an ongoing flaw of mine that I will refuse to upgrade from a peripheral until it has long kicked the bucket. So many dodgy repairs, duct tape jobs and Hail Mary treatments from the medical school of ‘comment I found on reddit’ have allowed me to keep using my purchased goods long after they became obsolete. My Blue Yeti microphone is one such trooper – having served me dutifully for over eight years – surviving a number of drops, cable faults and the odd mysterious crackle that seems to vanish the moment I investigate it.

It’s been such a workhorse that I completely neglected to notice that Blue had actually released a ‘sequel’ to its flagship microphone – the Blue Yeti X. It just wasn’t on my radar, obviously because old faithful was still plugging along.

Immediately the Yeti X ticks every box that the initial Blue Yeti managed to. Simple plug-and-play set up, affordability and versatility in use were all present and accounted for. This was a fantastic start to my experience, because it meant that everything past this point would be new and exciting for me.

The microphone has a number of mechanical upgrades to its predecessor, present on the unit itself. Initially the front knob of the device was originally dedicated to headset volume for a wired set of headphones – helpful for a playback loop, but entirely useless for the average user who solely used the mic for audio capture online. This has been changed to a dynamic gain knob, providing a convenient option for a user to adjust their gain immediately without the need to reach around the rear of the device. This is accentuated by the presence of a live ‘levels’ meter – displayed as a circle of lights around the gain knob – that show immediate feedback to your volume. The duo of this simple display and immediately accessible gain knob means you can review and adjust your sending volume on the fly – without the need to access any additional software or apps. Though I am not a streamer myself, I can imagine these features to be a godsend for troubleshooting stream volume during moments of high intensity or enthusiasm.

The gain knob can also be pressed to immediately mute the input on the mic, or held down to toggle between other adjustment options such as headphone volume level, metering and pickup blend – all welcome additions.

The rear of the mic includes the same capture-pattern options that were included on the original Yeti, leading me to believe that you can’t really improve on perfection. The real change comes from the fact that the clicky-knob for changing patterns has been changed instead to a button press to toggle which capture form you wish to use. Internally, the actual condenser mics used to gather the sound from your noise hole have been upgraded from the original three units to four – and while I am no audio expert, I think it’s safe to assume that more is always better.

The base of the unit includes a MicroUSB output for connection to your PC and 3.5mm headphone jack (to be used for monitoring). The MicroUSB is a definite upgrade, considering the Yeti of years past was still utilising the same MiniUSB cables that we originally charged our PlayStation 3 controllers with – clunky, and in my experience, prone to failure.

So generally, the unit is a solid upgrade across all things that made the Blue Yeti great. Considering its original pedigree as the ‘go-to’ desktop microphone for all manner of YouTubers, Streamers and Gamers – this cements the Yeti X’s place as the new benchmark for anyone who wants to take their audio capture seriously… without spending a bundle.

But what of the World of Warcraft side of things? It’s prominently marketed/displayed as a full-blown tie-in – and the answer is that the Blizzard influence is applied on two factors, software integration and aesthetic.

The Yeti X is the first Blue microphone to have full integration with Logitech’s G Hub software – a nerve centre of options to manage your Logitech-related peripherals. Within this Hub you can then tweak a plethora of software-related mic options, ranging from noise suppression to granular tweaks to your input. An added feature of the Yeti X World of Warcraft edition is the enhanced Blue VO!CE technology that allows a user to apply post-processing to their voice to mimic a range of World of Warcraft NPCs, ranging from Orcs, to demons and even Gnomes. Within this area you can even author your own voice effects, and then share them online to other users for their own use. You can then configure these vocal effects to kick in when pressing specific hotkeys across your other Logitech input devices, like your mouse and keyboard. It’s a gimmick that is rooted in silliness and fun – the practical use of it is entirely on the imagination of the user – but I can at least see streamers, or perhaps online Dungeons and Dragons sessions finding great value in it.

The other Blizzard-supplied resource is a library of sampled sounds that can be played via your output channel. These range from character quotes from the upcoming Shadowlands expansion for World of Warcraft, to iconic sound effects of abilities from the game. There is also a fantastic range of ‘ambient’ noises that represent different soundscapes – such as waves rolling at the beach, while gulls call out overhead. These in particular feel like a great addition to anyone engaging in online roleplay during their COVID lockdown, as it would elevate a digital Dungeons and Dragons scenario to a masterful level of immersion.

Finally, the aesthetic is present in the ‘prettiness’ of the unit. My original Blue Yeti is a very clinical piece of equipment – silver and chrome, and little else. The Yeti X World of Warcraft edition however is a deep charcoal flavour, with a beautiful flecked-matte finish that captures light and rebukes all attempts to leave fingerprints on its surface. This is framed by gorgeous gold bands separating the body of the mic from its input grill, as well as on the very base of its desktop stand. A range of runes are also present on this golden base, etched into the metallic surface to separate it. These same runes appear on the live ‘levels’ meter lighting, replacing the standard dots on a regular Yeti X. This is all accompanied by a gold ‘World of Warcraft’ logo on the rear of the microphone, like a baroque lower back tattoo. It’s pretty to look at, and gives the microphone a very ‘collectible’ feeling – the visuals all culminating in a piece that would appeal to any of the millions of WoW players who need a voice upgrade to yell at their raid leader.

I tried to decipher the runes, but the mic started floating

While I am not a natural hardware reviewer (and I am definitely not an audio equipment expert), I can safely say that the Yeti X World of Warcraft edition is a very easy recommendation from me. It represents a new baseline standard for exceptional audio quality, appealing to a broad range of applications, while still sneaking in at a very affordable price. Well worth considering the upgrade if you use an existing Blue Yeti Mic, or if you have been waiting for an opportunity to jump from a headset mic to a desktop/mic arm option, this is a great option to consider.

A sample product was supplied by Logitech for the purpose of this review.

For more information on Yeti Microphones visit their official website.