World of Warcraft’s last expansion had a pretty bad rap. Battle for Azeroth promised to reignite the age old Horde versus Alliance narrative that carried the old Warcraft RTS games, and maybe shelve the continued trope of WE MUST UNITE AGAINST A COMMON FOE that had permeated so many major WoW story moments.

Only it didn’t quite hit the mark. I know I personally have been guilty of ongoing trash talking regarding how the story ended up – spoiler, we united against a common foe (actually, two foes). Even part-way through the story for the expansion, you could find me rambling in my rocking chair to any player who would listen about how trite the Horde versus Alliance narrative felt when the stakes of the expansion were so much bigger than the petty pissing match between the factions. A dude the size of a planet had stabbed the world we lived on, and our planet was fucking dying, so tell me again why we are having a slapping match? 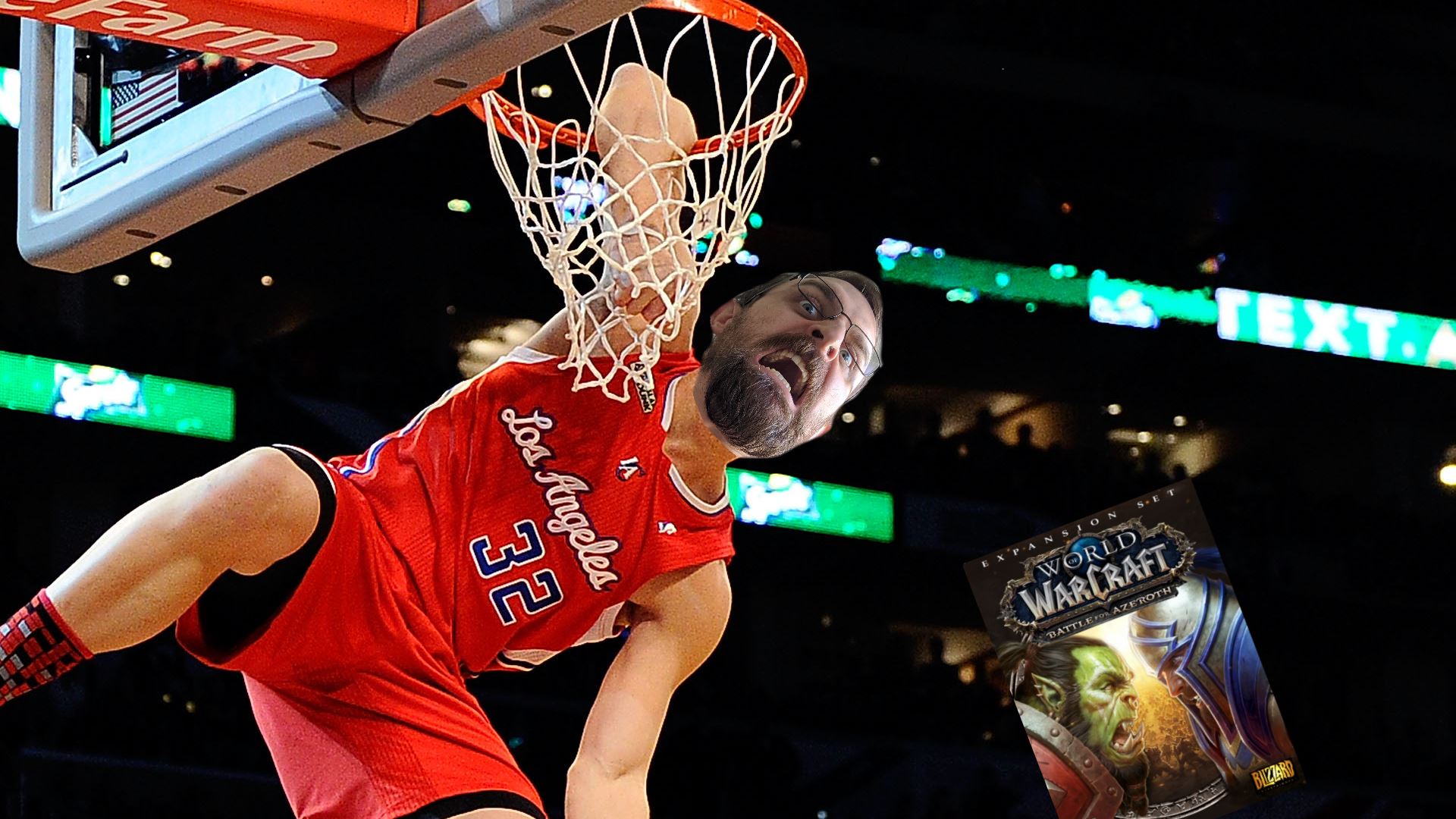 Pictured: Me literally dunking on Battle for Azeroth nowadays

But I digress – Battle for Azeroth was perhaps a victim of scope. It had so many radical ideas up its sleeve that in practice it maybe felt a little like it couldn’t do all of them the full justice they deserved. And now we are on the doorstep of WoW’s next big chapter – Shadowlands. So, who cares! Let’s talk about that.

I have recently been playing the alpha test of World of Warcraft: Shadowlands. I must admit, I entered it with a terrible mindset – mainly because:

So imagine I actually installed the client with a furrowed brow and a negative attitude. I have seen only surface-level content regarding this expansion, such as the cinematic trailer from Blizzcon and the smattering of highlight videos that the Blizzard Development team have released. My expectations were low, but at the same time they were definitely tainted by my own negativity.

For those not up to date with the storyline of WoW… last time on Dragon Ball Z. Sylvanas, the sudden yet perennial overarching ‘badguy’ of Battle for Azeroth has travelled to the throne of the Lich King, crowned lord of all dead things, and smashed his special hat. In doing so, the fabric between life and death itself has been destroyed and we can now freely enter the realm beyond the living – the titular Shadowlands. So far, Blizzard have not revealed why the player is heading there – bets are on that we are chasing after Sylvanas – but the expansion starts with you heading into the realm of the dead.

Within moments of stepping foot into the new zone of Bastion, I was begrudgingly admitting to myself that I was being captured. And honestly, the biggest drawing point for me as I became more and more invested? How little I knew about the setting and the characters. 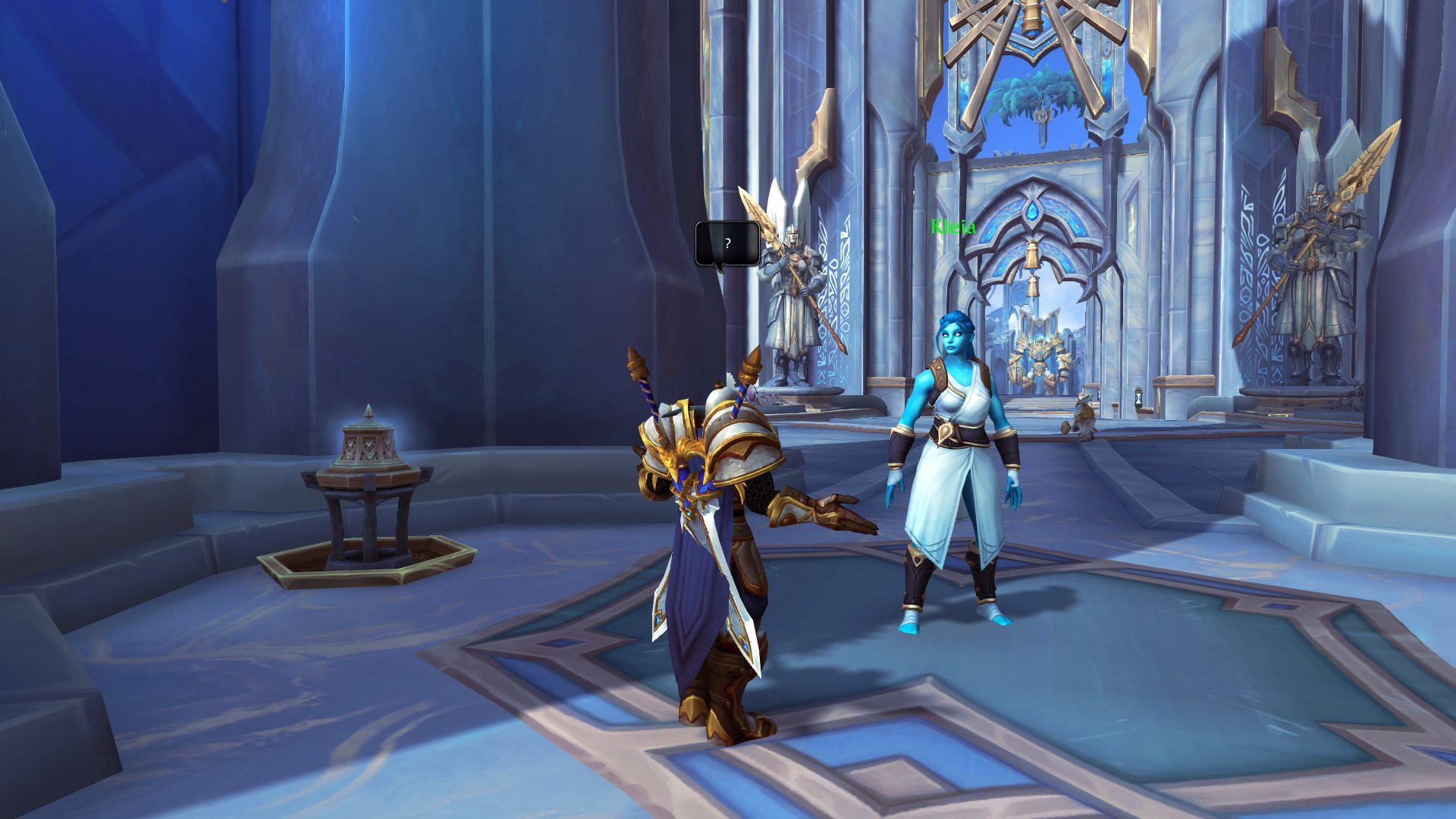 Uhh, reservation for ‘Midknite’? Might be under ‘Defender of a Shattered World’?

Each World of Warcraft expansion has taken us either to a place we have seen before in other Warcraft media, or against a foe that has a long rooted history in the backstory. With Shadowlands, I set foot in a place populated by people I knew very little about, in a world I was seeing for the first time – and their motivations were a mystery. The Kyrians welcomed me as another noble soul crossing over from the world of the living, and set about helping me start the rest of my afterlife. They apologised that the place wasn’t quite as impressive as it once was – you see, things have been going downhill over God knows how long, but they are still happily doing their best to accommodate my needs. They even laughed it off when I tried to explain that I wasn’t really dead, just visiting – apparently they have heard that one before.

A fairly considerable narrative weight that I felt forced to carry throughout Battle for Azeroth was my familiarity with the NPC characters. By interacting with these established lore people, I had a hefty dose of internal baggage to deal with before trying to understand their motivations. At times, I felt like the story being told to me by Blizzard was completely at odds with the overall Warcraft story. People got mad at each other, or even forgave each other at times where I was rolling my eyes and imagining a totally different scenario playing out. After a few hours in Shadowlands, I am far too busy mentally noting down all of the new (and actually interesting) stories I am encountering, rather than dredging up ancient lore to try and prove that what ESTABLISHED CHARACTER X said is UTTER BULLSHIT (if I sound particularly bitter, BfA saw the return of Jaina Proudmoore, one of my favourite characters and the namesake of my actual real-life daughter – I felt I was allowed to be a little bitter). 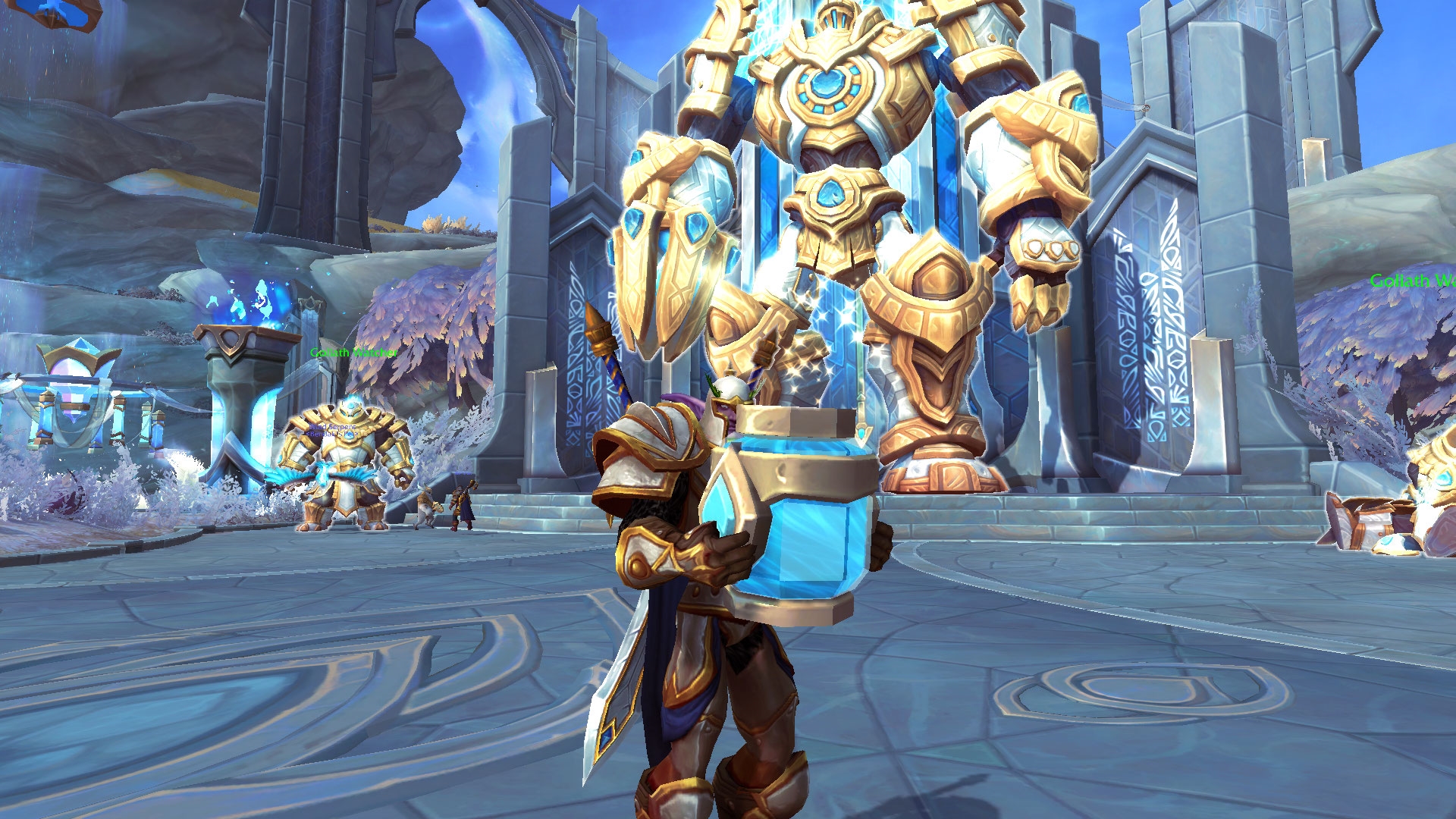 But the only character I am fully aware of going into Shadowlands is Sylvanas, and her cartoonishly evil heel turn has me guessing what comes next. Even the flaky tease of her serving some darker power has me drawing no real conclusions – apparently he is known as ‘The Jailer’? Whoever the heck that is. Maybe he won’t be an old god this time. Either way, he has my interest locked up.

Even the visuals at play did a lot to finally promote some ‘Show, don’t tell’ narrative devices. The quests I was initially doing led to me restoring some of the functionality that was missing within the Kyrian’s home areas, repairing strange other-worldly machines and assisting folks in getting their duties back into working order. I could see the place improving as I did things – and found myself asking the question as to why it had reached the level of disrepair it had. There was no big bad evil boss laughing at me from a distant mountain, just a genuine interest in where this road was taking me. My own player agency was moving me forward, not an invisible conveyor belt shunting me from one set piece to the next. I was thrilled.

In conclusion, so far Shadowlands is massively unique and engaging. I am finally back to drinking the WoW Kool Aid, and I can attribute so much of it to Blizzard finally creating a unique flavour that hasn’t been done to death …which is ironic in a narrative setting where death is a centrepiece.

Blizzard Releases Amazing Lo-Fi Beats To Chill To While Waiting For World of Warcraft: Shadowlands

Now you can hurry up and wait with a backing track

It’s Easy To Be Keen For Shadowlands – Featuring Kevin Martens, Lead Designer on World of Warcraft

There's a few reasons why we are buzzing for it