AMD has been absolutely killing it in the CPU space and, more importantly, keeping Team Blue (Intel) in check. There are always arguments over who is better as Intel moves towards its 14nm+++++++++++++++++++++++ architecture to gain a 10% performance delta over AMD (while outputting an absurd amount of heat). Overnight, AMD hosted a presentation which unveiled the 5000 series CPUs, the third generation of Ryzen. There are some very impressive claims and changes, so we’ll go over them now.

So there is an overall price increase in each tier, as each CPU in the previous tier is about US$50 less than these 3rd-gen CPUs. However, there are some impressive numbers that AMD has put out as well as some architecture changes. They still use a chiplet design, so there will be quite simple feature parity, but there are some deeper changes which are what is of note here. The core design has been changed to create eight-core, 32mb L3 cache compared to Zen 2’s 4+4 configuration which had two sets of 16MB L3 cache. There are improvements for core-to-core communication as well as core-to-cache communication as claimed by AMD, with certain marketing material claiming it will boast improvements for gaming. There are also improvements in memory latency.

All these improvements can theoretically make great improvements in gaming, especially the memory latency, which has prompted AMD to crown the 5900X “The World’s Best Gaming CPU”, though we will need to wait for reviews to see if that claim is true (Intel won’t be too happy if it is true).

When asked about the power consumption, AMD had this to say to Steve Burke from Gamers Nexus:

“Another point we wanted to make is taking system wall power at full load versus the performance delivered; we continute to advance our performance per watt story. The new Ryzen products with Zen 3 do not increase their power consumption at all. We’re talking 24% improvement in performance per watt from Zen 2 versus Zen 3, with no change in socket power, no change in TDP. We’re extracting better efficiency simply through better architecture and better design methodology. We haven’t touched the power variable in this at all.” – AMD to Gamers Nexus

Now for the bad news. While X570 and B550 motherboards already have some bios rollout for 5000 series CPU support, support for 400 series boards like the popular B450 series is currently planned as a beta in January 2021, with the AGESA version to look out for being version 1080 and newer. 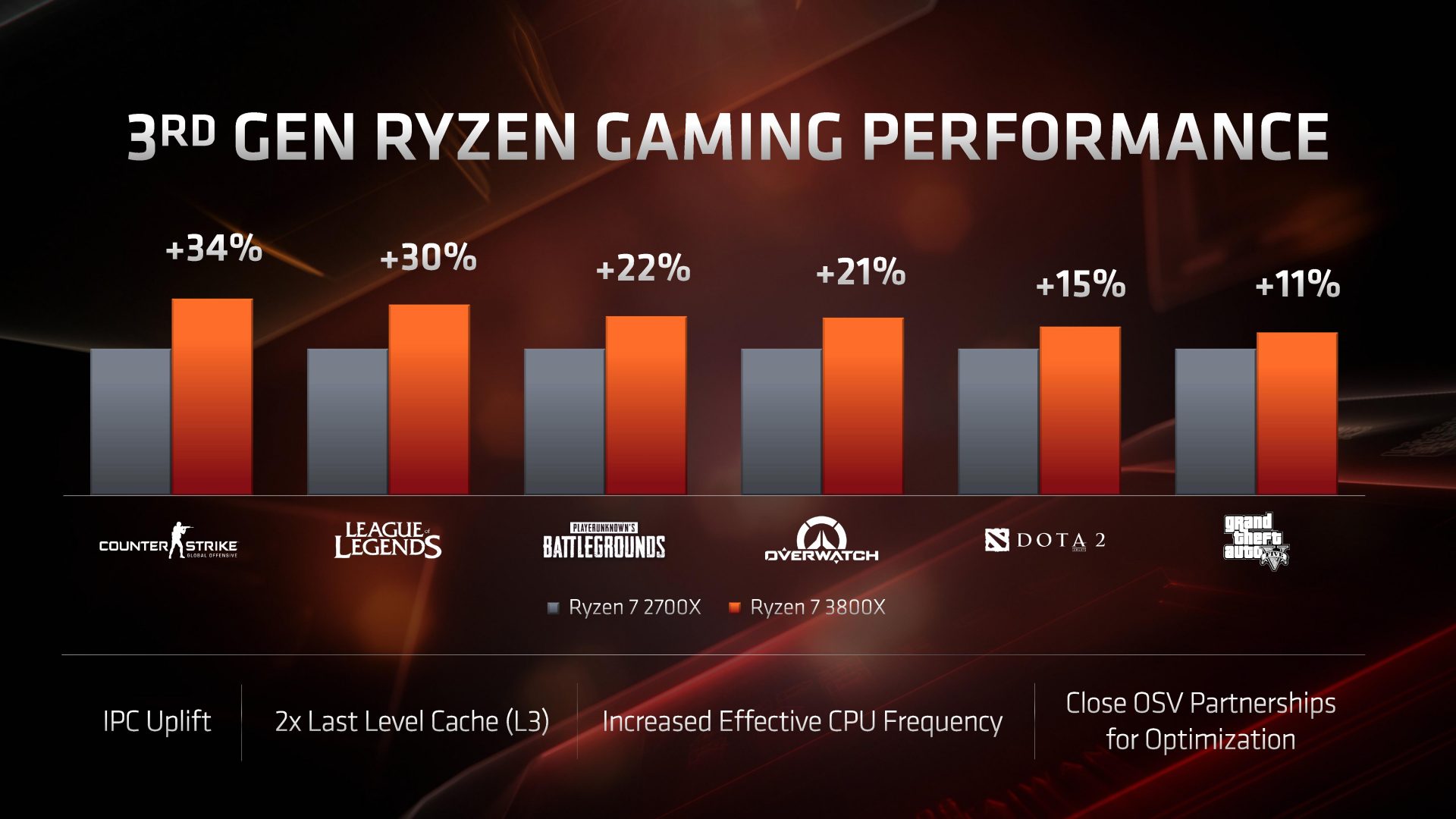 As you can see, AMD are boasting pretty significant performance uplift and still hitting a really good price point. As of right now, AMD has stated that there are no plans to expand the product stack past the four announced CPUs, but we all know this will more than likely change down the line.