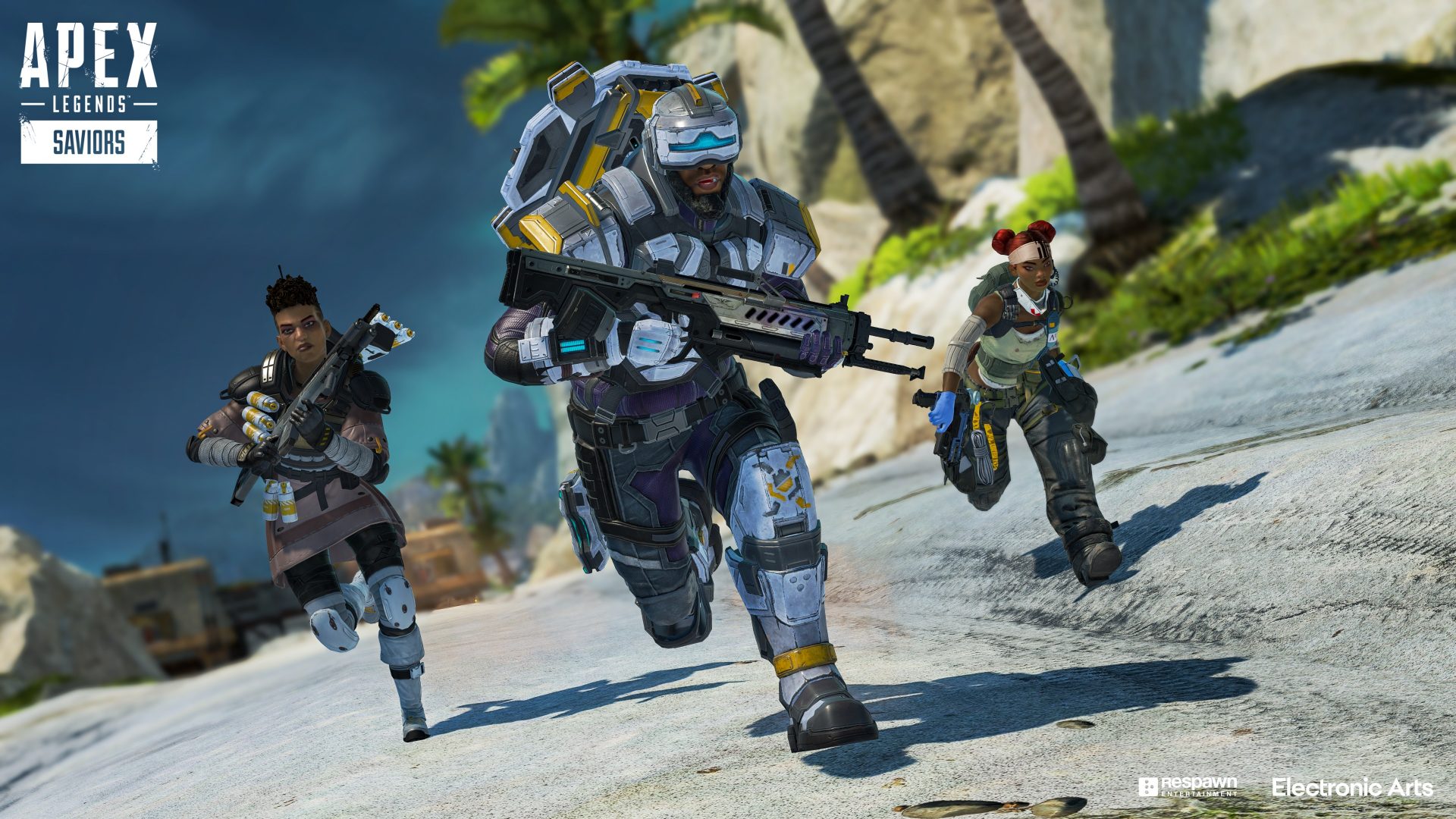 A new character trailer for Apex Legends Season 13 – Saviors has dropped, detailing the abilities of the game’s newest Legend, Newcastle.

Following on from the launch and gameplay trailers for Season 13 – Saviors, this character trailer gives us a deep dive into Newcastle’s abilities, while showing them in action. Narrated by his sister and fellow Legend Bangalore, this short trailer shows that this new member of the roster is going to be all kinds of dominant.

Newcastle’s Passive, Retrieve the Wounded, will likely make Lifeline mains shed a tear. While reviving a downed teammate, Newcastle is able to move them out of harm’s way, all while providing cover using a wrist-mounted shield. His Tactical, Mobile Shield, keeps the team protection going, creating an energy shield that can be moved and adapted on the fly to deflect incoming fire. Lastly, Newcastle’s Ultimate, Castle Wall, sees the Legend launch forward into the air in order to crash down and construct a large barrier that can be used as cover.

A defender through and through, Newcastle draws from many past abilities used by the likes of Lifeline and Gibraltar, making him a powerhouse worth having in your squad.

Give the new character trailer a watch here:

Are you an Apex fan? What do you think of Newcastle? Let us know in the comments or on our social media.