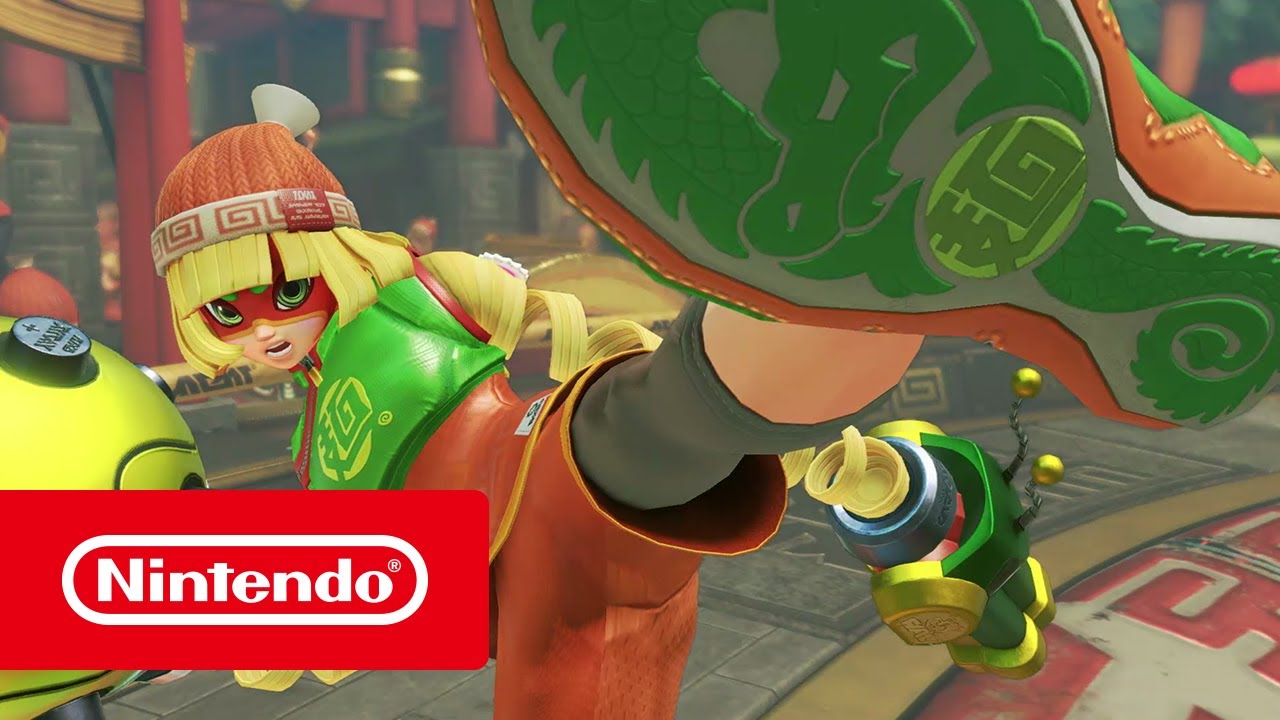 Last night, we got a Super Smash Bros. Ultimate live stream about the new Arms character, the first fighter in the second Fighters Pass. This stream is extra special as it’s straight from Sakurai’s own home! After a quick look at Sakurai’s sweet setup we got to see an awesome announcement trailer of which Arms character got chosen and it is…Min Min! She was requested by Arms producer Mr. Yabuki himself.

Min Min has great range with her extendable arms, is particularly good against heavy characters and each arm is tied to the A and B independently which leads to some awesome combos. Though she can change her right arm to either the Dragon, Megawatt and Ramram, her left arm stays as the Dragon. Depending on how you attack she can almost reach the entire sideways range of the stage and she can even kick projectiles back at other players!

Spring Stadium is the newest stage. It features electronic billboards and jumping platforms from the ground and the ceiling arches. You can actually damage others if you land on them. They have added 18 tracks from Arms.

You can buy Min Min separately on June 29 or as part of the second Fighters Pass.

They are also adding a rematch function to the Spirits Board, allowing you to replay spirits you have previously beaten, adding to your total score. Sakurai also gives some tips for some of the most challenging Spirits.

The amiibo for Joker and Hero are shown off and will be available in Spring this year. There will be amiibo for the other DLC fighters, but they may be limited in quantity, so make sure you preorder!

Were you happy with the choice of Min Min? If you haven’t already, make sure you pick up the Fighters Pass from the Nintendo Switch eShop so you can play her as soon as she is released! If you missed the announcement check out the presentation below!