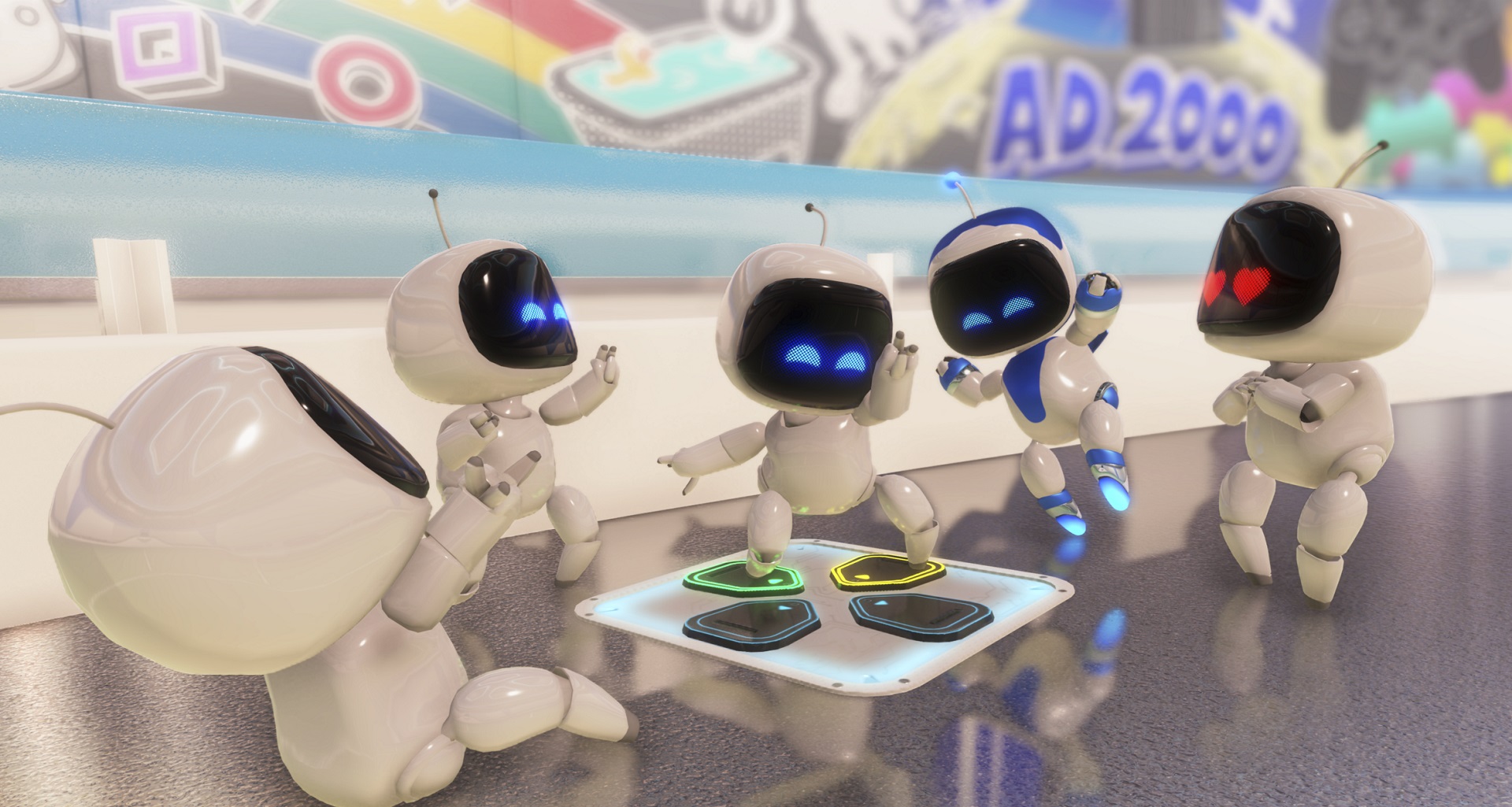 The practice might be dwindling somewhat, but brand-new video game console releases have a history of packing in free games that either showcase what the new hardware is capable of or add value to entice potential punters. Wii Sports and Tetris are probably the most recognisable examples of this. Wii Sports introduced gamers and non-gamers alike to the possibilities of motion controls and catapulted the console towards huge mainstream success. Tetris became a killer app for the Game Boy, eventually moving over 35 million copies and making both the Tetris franchise and Nintendo’s portable household names.

Which brings us to Astro’s Playroom. It’s surprising that, despite being a de facto mascot for PlayStation to a degree (y’all can keep Sackboy), Astro Bot’s third outing will also be his second free pack-in title. After the sublime Astro Bot Rescue Mission on the PlayStation VR, I thought for sure that the next time we’d see Astro would be in some kind of follow-up to that. Here we are though, with a return of sorts to Astro’s roots as a showcase for the unique capabilities of a new generation of PlayStation hardware, and honestly I’m not mad about it.

While you might have been forgiven for expecting Astro’s Playroom to be a brief experience, it’s actually fairly substantial at roughly three-to-four hours and change depending on whether you shoot for that sweet platinum trophy. That’s approaching the length of a ‘proper’ game, and in my eyes a pretty sweet spot for a smaller title, but with the added bonus of being completely free. Spread across four main worlds and a couple of hub zones, the adventure takes Astro Boy across the history of PlayStation consoles as represented by a variety of abstract platforming landscapes full of things to see, do and collect.

If you’ve had the pleasure of playing Astro Bot Rescue Mission on the PlayStation VR, you’ll already have a good feel for what to expect from Playroom – tight platforming in gorgeous, whimsical worlds chock-full of secrets to discover. Astro controls much the same as before with a jump, attack and jet boosters that work as both. This time around though, much use is made of the unique features of the DualSense controller. After all, this is as much a showpiece for that new bit of gear as it is a game. Along the way Astro will find a variety of gadgets and special robot suits that give him new abilities and make heavy use of the adaptive triggers, microphone and motion sensors of the controller. The motion stuff can get a little fiddly, if I’m honest, but wow moments like the first time Astro picks up a bow and you feel the resistance in the triggers make it worth it.

It’s hard to dive too deeply into the content of Astro’s Playroom without spoiling a ton of surprises, but the important thing to know is that this is just as much a celebration of the history of PlayStation as it is a souped-up tech demo. Each world is based on one of the four prior generations of PlayStation, and has its own aesthetic and gimmicks to match, but the real fun is in spotting the astronomical number of classic PlayStation game references throughout each level. You’ll find ‘bots in all sorts of cosplay, doing all sorts of things that I really wish I could talk about here. There’s also a special room in the game’s main hub called PlayStation Labo that houses special ‘artefacts’ you’ll find hidden in each level that are stunningly-rendered 3D models of the entire history of PlayStation consoles and peripherals. Walking around the lab, you can ogle these from every angle and even interact with some of them in small ways. It’s an interactive museum of PlayStation disguised as a game disguised as a tech demo and it’s awesome.

And of course, being something of a showcase for the new PlayStation 5 means Astro’s Playroom is gorgeous, Running at a flawless 4K60 it’s a technical stunner, but more importantly it’s bursting with charm and personality. From the aforementioned smorgasbord of clever references to the bouncy and energetic animations of Astro and his pals to some great set-pieces this game is a joy to witness. Every time I see Astro pull out his little robot umbrella in the rain or don floaties to go swimming I’ll admit I get a little emotional. It’s also got some banging tunes – if you don’t come out of this experience with the GPU song stuck in your head you’re a stronger soul than I.

Just when you think you’ve seen it all as well, a corker of a finale comes along just to make it even better. No spoilers!

Astro’s Playroom excels as both a fantastic introduction to the capabilities of the PlayStation 5 and its DualSense controller and a celebration of five generations of PlayStation. Not only that, it’s a stellar platformer in its own right that adds some welcome extra value to that expensive new piece of hardware. The PlayStation 5 has launched with a very decent slate of games to tempt early adopters, but I urge everyone making the jump to this new generation to make Astro’s Playroom priority number one. It’s free, after all! 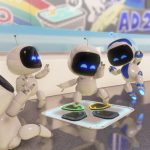 Astro’s Playroom Review
PlayStation's Bot Talent
More than a tech demo or a fleeting curiosity, Astro's Playroom is a phenomenal game in its own right that paints a bright future for both the PlayStation 5 and Astro himself
The Good
Gorgeous, vibrant worlds
Decent chunk of content for a free game
Great showpiece for the DualSense
Historic PlayStation references and models are a delight
Some absolute belter tunes
The Bad
Motion control sections can be annoying
I NEED MORE
9
Bloody Ripper

Astro’s Playroom Review
PlayStation's Bot Talent
More than a tech demo or a fleeting curiosity, Astro's Playroom is a phenomenal game in its own right that paints a bright future for both the PlayStation 5 and Astro himself
The Good
Gorgeous, vibrant worlds
Decent chunk of content for a free game
Great showpiece for the DualSense
Historic PlayStation references and models are a delight
Some absolute belter tunes
The Bad
Motion control sections can be annoying
I NEED MORE
9
Bloody Ripper
In this article:astro boy, astro's playroom, demo, DualSense, free, kieron verbrugge, next gen, playstation 5, PS5, review, Sony, wellplayed