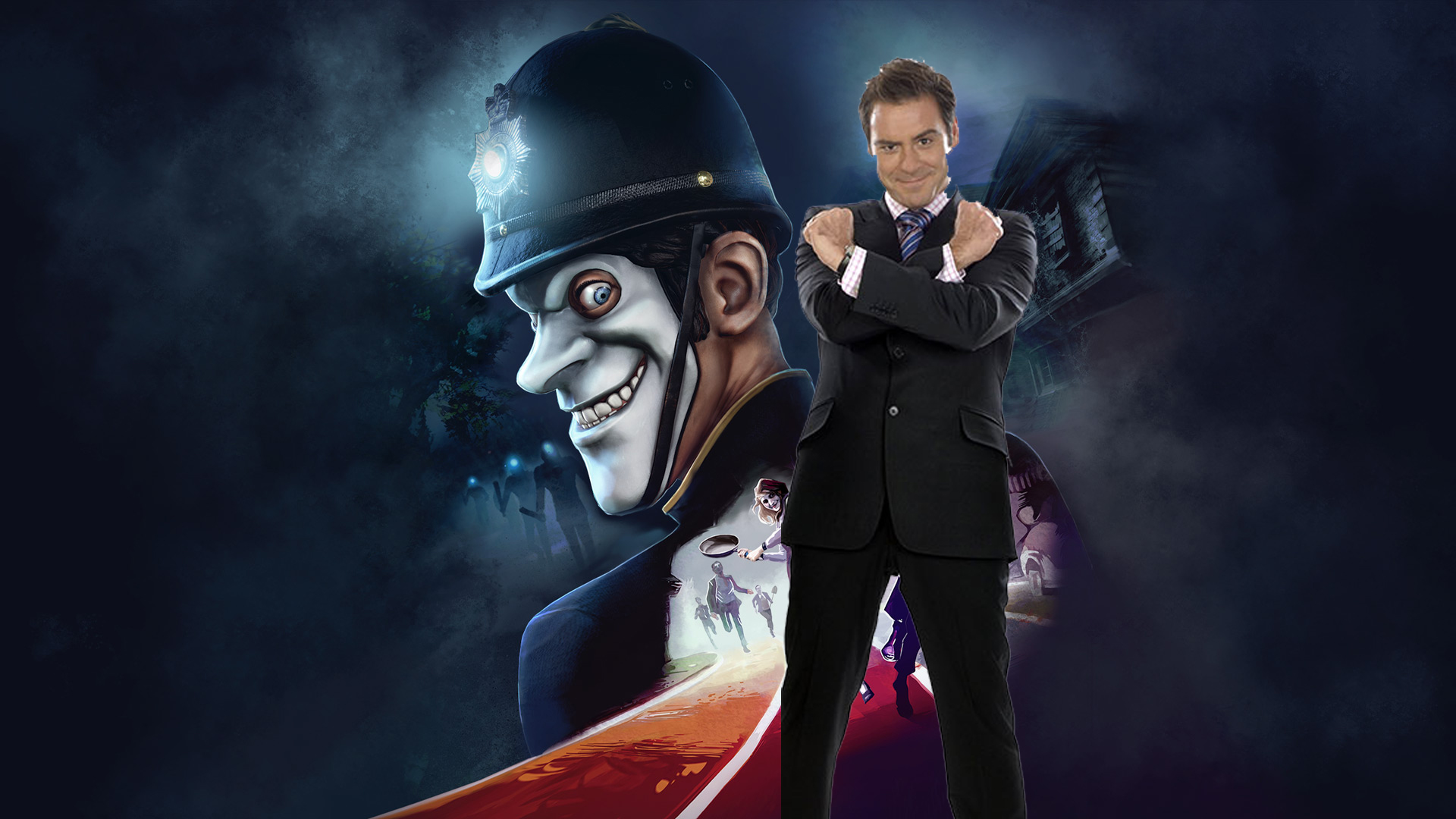 UPDATE 23/05: We Happy Few developer Compulsion Games has responded to the game being refused classification in Australia with a statement on their website. You can view the statement below:

As many of you may know by now, yesterday the Australian Classification Board chose not to classify We Happy Few, effectively banning We Happy Few from sale in Australia.  We are looking into it, and have asked for more information on the decision.

To our Australian fans, we share your frustration.  We will work with the ACB on the classification. If the government maintains its stance, we will make sure that you can get a refund, and we will work directly with affected Kickstarter backers to figure something out.  We would appreciate if you give us a little bit of time to appeal the decision before making a call.

We Happy Few is set in a dystopian society, and the first scene consists of the player character redacting material that could cause offense to “society at large”, as part of his job as a government “archivist”.  It’s a society that is forcing its citizens to take Joy, and the whole point of the game is to reject this programming and fight back. In this context, our game’s overarching social commentary is no different than Aldous Huxley’s Brave New World, or Terry Gilliam’s Brazil.

The game explores a range of modern themes, including addiction, mental health and drug abuse. We have had hundreds of messages from fans appreciating the treatment we’ve given these topics, and we believe that when players do get into the world they’ll feel the same way.  We’re proud of what we’ve created.

We would like to respond to the thematic side of We Happy Few in more detail at a later date, as we believe it deserves more attention than a quick PR response.  In the meantime we will be talking to the ACB to provide additional information, to discuss the issues in depth, and see whether they will change their minds.

Furthermore, we asked the Montreal-based studio what would happen to the Early Access version of the game purchased by people in Australia. You can view their response below:

It's too soon to tell but as soon as we have all the info, we will release a follow up statement.

Furthermore, Kotaku Australia was provided with the ACB’s report on why the game was refused classification. The report states the following:

Computer games will be refused classification if they include or contain ‘drug use related to incentives and rewards.
A player that takes Joy can reduce gameplay difficulty, therefore receiving an incentiv by progressing though the game quickly. Although there are alternative methods to complete the game, gameplay requires the player to take Joy to progress.

In one sequence, an NPC is viewed on the ground, convulsing owing to a reaction from taking a Joy pill, which has subsequently turned bad. After several NPCs encourage her to take Joy and she refuses, fearing that it will have an adverse effect, they beat her with steel pots and a shovel, until she is implicitly killed.

In another sequence, the player is seen in first-person view, entering a telephone box that contains three large pill dispensers, each holding a different flavoured Joy pill. The player consumes a Joy pill and a swarm of brightly-coloured butterflies appear as well as rainbows and coloured pathways on the ground, improving speed and visibility for the player.

What happens now is anyone’s guess, especially with Joy being a key element to We Happy Few’s gameplay and story.

The Australian Classification Board are up to their old tricks. We thought we’d shed the tag of strictest classification board going around, I mean Agony, the upcoming first-person horror game set in Hell laden with sexual violence, cocks and vaginas was granted classification earlier this year, despite some censorship concerns. Then we refused classification for We Happy Few and order was restored, wondering why we bothered to have an R18+ rating in the first place. The game has received an 18+ rating in Europe and a Mature (17+) rating in the US.

In a somewhat baffling decision, the Australian Classification Board (that old chestnut) has refused We Happy Few classifications in Australia due to what is assumed drug-related themes. The listing  states the following reason for refusal:

Reason: Games 1(a)
The computer game is classified RC in accordance with the National Classification Code, Computer Games Table, 1. (a) as computer games that “depict, express or otherwise deal with matters of sex, drug misuse or addiction, crime, cruelty, violence or revolting or abhorrent phenomena in such a way that they offend against the standards of morality, decency and propriety generally accepted by reasonable adults to the extent that they should not be classified.

If you don’t remember We Happy Few (we don’t blame you), it was first revealed back at PAX East in February 2015 before a Kickstarter was launched in June of the same year. The following year the title was shown off as part of Microsoft’s E3 showcase before launching as an Early Access title not long after. Since then not much has been heard about the title, aside from the announcement of a full release in 2018. It was set for release on PC, Xbox One and PS4.

The game’s Xbox online store page currently has a greyed out ‘Coming Soon’ icon. What that means for those that already own the title we’re unsure.

The game is set in a 1960s British-inspired dystopian world, where players are encouraged to take a drug called Joy in order to contribute to society. Your character skips his daily dosage and as a result sees the world for what it really is; rotten and corrupted. Your goal is to escape the hellhole and kick the Joy habit in the process. We previewed the game back in 2016, stating that:

We Happy Few is a game that needs a lot of work before its full release. Visual inconsistencies, bugs and glitches aside, the gameplay and the way in which the world is conveyed have to receive some serious attention. In particular, the rapid passage of time in the game world and the character’s endless need for food, drink and sleep needs to be toned down considerably. If Compulsion fail to balance these issues and to make the game actually fun to play, then the name of this title might end up being a self-fulfilling prophecy.

That was 2016 and it’s now 2018, and no doubt the game has improved since then. Whether we get to play it ourselves though looks unlikely.
In this article:acb, australian classification board, denied, no deal, soz not soz, We Happy Few