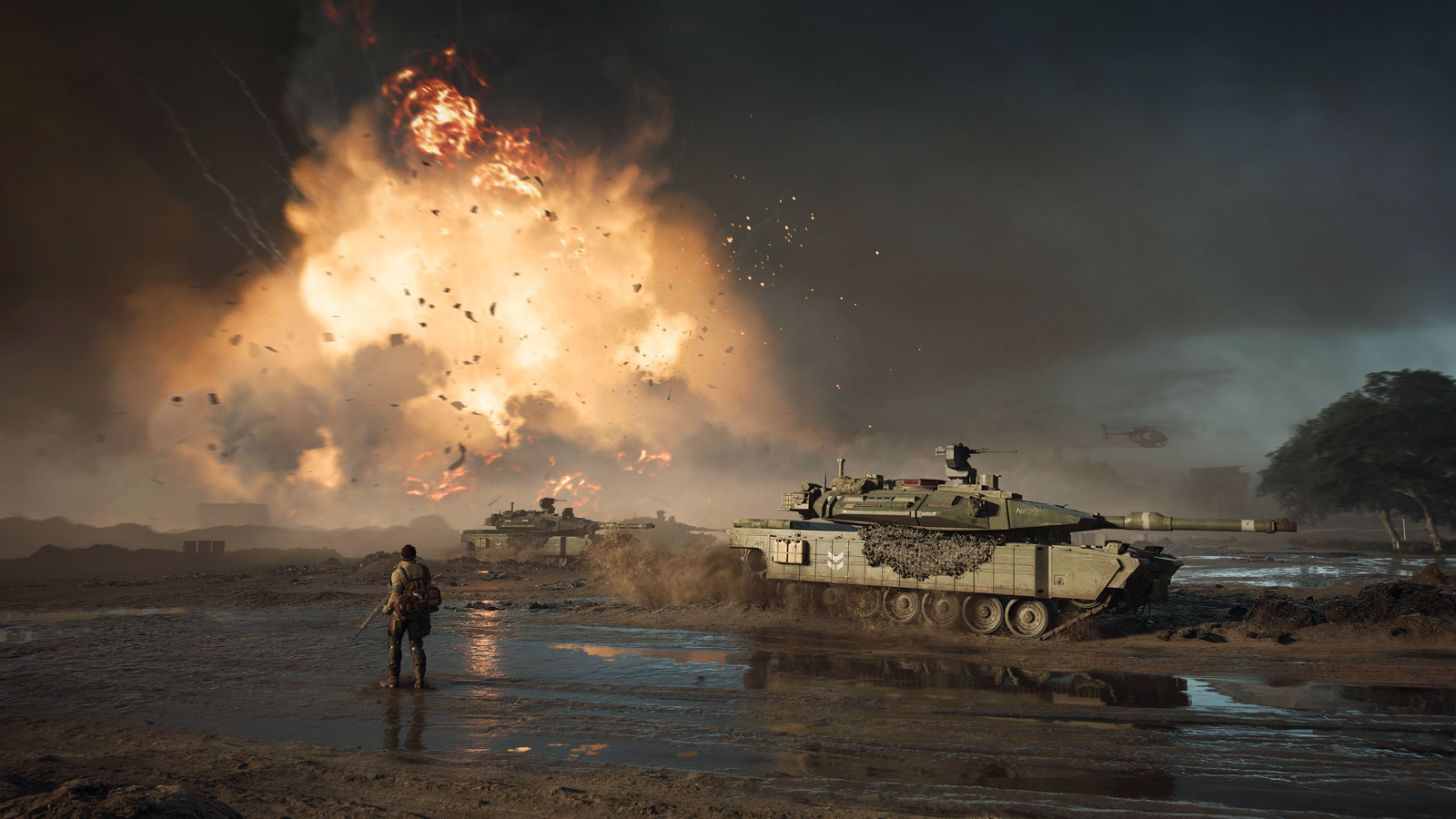 There’s no denying that the learning curve for games such as Battlefield can be steep. With an array of weapons, vehicles and classes to learn, becoming a force to be reckoned with on the…battlefield… takes a lot of training and skill. Personally, I’ve always struggled in Battlefield’s multiplayer, with seasoned players feasting on my lack of ability. But it’s not for a lack of trying – every game I have the best intentions of turning myself into a competitive beast, but unfortunately I never end up having the time required to invest in sharpening my skills.

It’s why I have always preferred the campaigns over the multiplayer, and while Battlefield 2042 may not have a traditional campaign mode, DICE hasn’t forgotten about players who may want to simply play at their own pace.

In Battlefield 2042, DICE will give players the option to play the game’s multiplayer modes against (or with) AI either with friends or completely solo. The idea behind this inclusion is to give players the chance to develop their skills and understanding of the game’s mechanics. This isn’t a watered-down version of the multiplayer experiences either; this has just as many tornadoes and sandstorms as the regular multiplayer modes, meaning that players won’t miss out on any of the action.

Maybe I’ll finally learn to fly one these things

Battlefield 2042’s design director Daniel Berlin tells me that this feature is perfect for players who are new to the series, returning to the series after a long layoff, or simply want to learn the ins and outs of certain elements of the game, such as flying a helicopter, soldiers or some of the gadgets.

“We wanted to make sure that there is something for players who don’t necessarily want to head into a competitive space,” says Berlin.

“That feeling you get when you jump into previous Battlefield games and go like, “ok, I’m the driver of the helicopter” and there’s a bunch of people behind you and there all like “you better know how to drive this thing,” and then you just fly it straight into a building. This mode means that learning the ropes is going to be easier this time around.”

This isn’t something that Battlefield veterans will give much of a thought to, but for someone like myself who wants to experience the bombastic nature of Battlefield 2042’s warfare without the pressures of multiplayer, the ability to play against AI and learn how Battlefield 2042’s varied arsenal works in the process is a huge boon.

It’s great to see a developer like DICE, who knows that its best work is in its multiplayer offerings, giving all players the opportunity to experience the warfare it’s crafting. Who knows? It may even give me the confidence to become a killing machine against 127 other players in the real deal.

In this article:Battlefield, battlefield 2042, daniel berlin, dice, EA, getting it easy