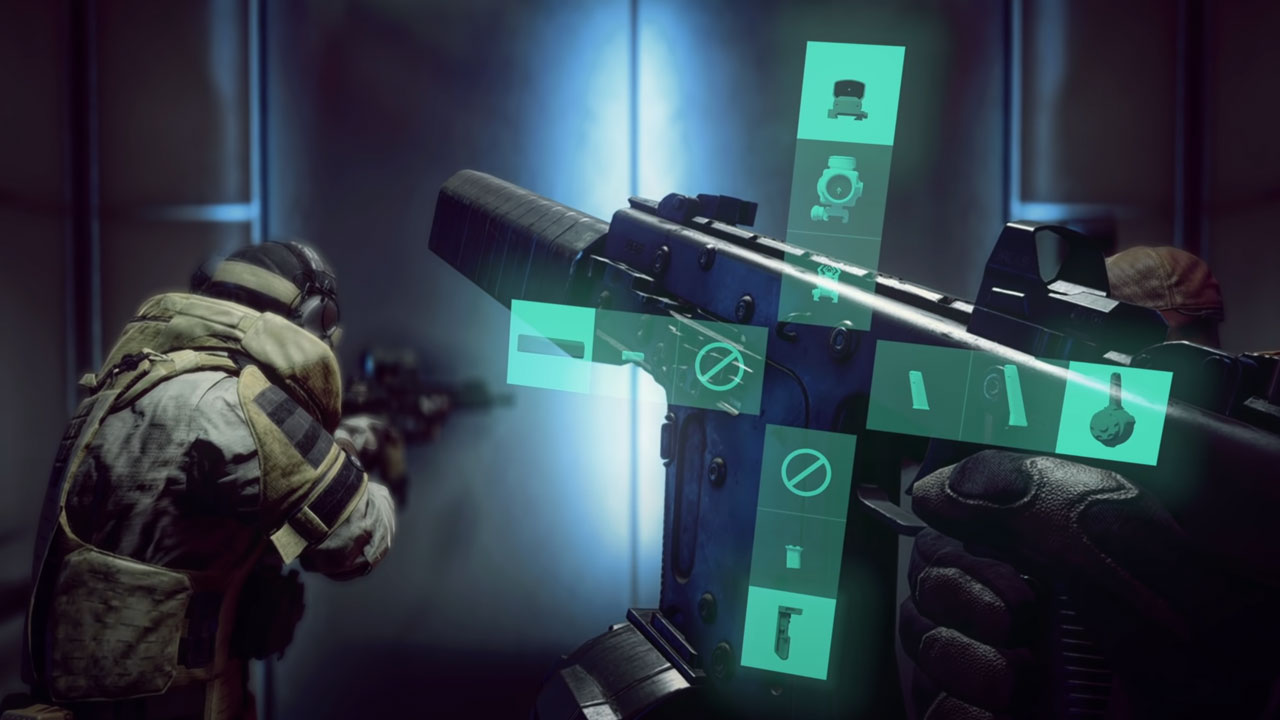 Now that Battlefield 2042 has officially been announced, we can start to discuss and dissect all the details that DICE shared with us either in the reveal trailer or during our media session last week. One of the juiciest revelations that has been lost in the Battlefield news squeeze is that Battlefield 2042 will feature an in-match weapon customisation feature called the ‘Plus System’.

In what Battlefield 2042’s design director Daniel Berlin calls a “quality of life improvement,” the Plus System is a feature that has never been seen before in a Battlefield game. Utilising the Plus System, players will be able to customise their weapon and change their loadout on the fly by using a weapon wheel-style system. As Berlin explains it, you can be in the middle of a close-quarters shootout, dive behind cover and quickly change weapon attachments like your scope, barrel, under-barrel and ammo type to increase fire rate and improve hip-fire accuracy while never leaving the game.

Berlin tells me that the near-future world of Battlefield 2042 and the technology and weaponry that is found within it allowed the team to have a little more creative freedom when it came to the design of the weapons and their systems.

“We’re removing a little bit of that loop where players need to go die and respawn and then come back in with a different loadout,” says Berlin.

“This time around you can modify your weapon to some extent while boots on the ground. It adds another layer to the sandbox in terms of how you can deep dive into the creativeness of how you want to play.”

I asked Berlin if players would have the ability to assign presets without the need to change every attachment to make changing loadouts on the go even easier, but the team aren’t ready to reveal that level of detail just yet.

Given the breadth of warfare that DICE is aiming for with Battlefield 2042’s large maps, the Plus System will give players greater flexibility to engage in different styles of combat all with the flick of a few buttons. It may not be the biggest addition the series has seen, but it could certainly be one of the more impactful.

In this article:Battlefield, battlefield 2042, daniel berlin, dice, EA, plus system