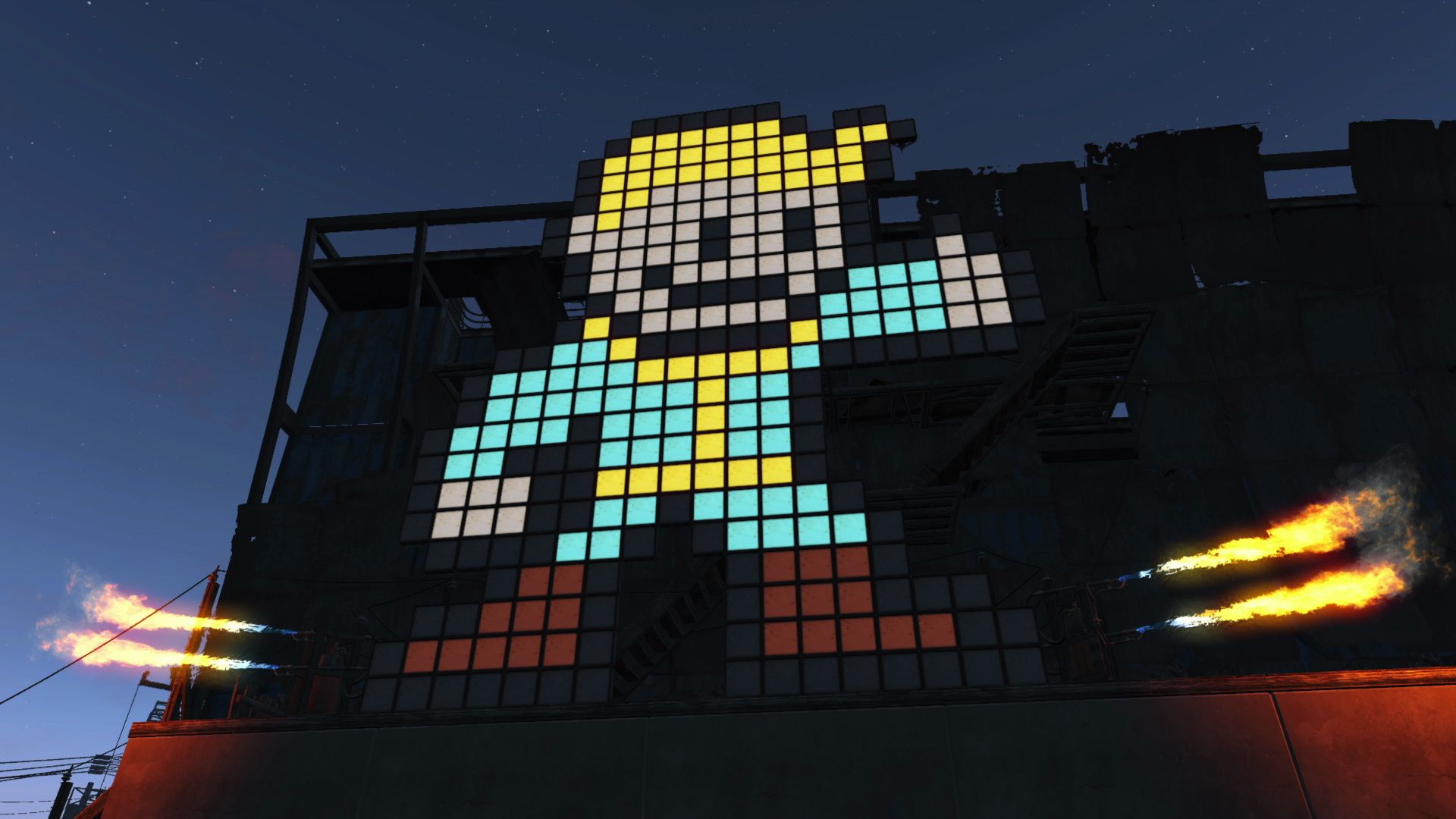 Today I joined over half a million online viewers on Twitch to witness Bethesda’s first ever E3 press conference at the packed Dolby Theatre in Los Angeles. Quality gameplay footage was in abundance as Bethesda showcased the reboot of DOOM and a little game called Fallout 4. We got official confirmation that Dishonored 2 is happening, and we saw more of what is to come from The Elder Scrolls Online and Battlecry. In their capacity as both powerful publisher and one-of-a-kind developer, Bethesda’s first showcase had thousands of gamers fumbling for superlatives as they retrieved their jaws from the floors (as difficult as it sounds). Their presser has set an incredibly high benchmark for all acts to follow over the next couple of days. So sit back and relax as we take you through the unbridled epicness of the conference game by game…

DOOM is a bit of an oddity. Everyone knows it’s been in the works for quite a while (officially since although development was apparently restarted in 2011), but no one had actually seen it in action in any state until now. A beta had been promised for those that preordered Wolfenstein: The New Order (which Bethesda published), however this never came to fruition and the whole thing just seemed to be swept under a rug of shame. Perhaps it is fitting then that this is the game that Bethesda chose to open with, firmly putting any doubts of its existence to bed. As part of the series that revolutionised FPS and gaming in general forever, this current iteration had big shoes to fill. Luckily, DOOM was positively electric on stage, and took those shoes it had to fill and promptly beat you to death with them. Two lengthy single player demos showed us blistering action on a UAC facility on Mars as well of a level set in the bowels of Hell itself, with a host of weapons on display. The demo had buckets of gloriously frantic ultra-violent mayhem, with grisly melee finishers a new addition that provided more than a few “holy shit” moments. In keeping with id Software’s style, the game looks absolutely stunning running on id Tech 6 (see for yourself below). There is also a multiplayer mode that bears more than a passing resemblance to Quake, as well as customisable maps. The so-called SnapMap system is touted to be deep but intuitive, allowing you to create and share on the fly. This is one game that jumping neck-snapped its way back on to my radar.

Battlecry, which was announced last year, seemed a little out of place on the huge stage. Even after watching the E3 trailer reveal it hasn’t really piqued my interest, and to be honest it was a bit of a confusing low point of the show. To be fair, anything short of the entire Game of Thrones crew (including GRR Martin) naked ninja-flipping across the stage to the tune of Waltzing Matilda would have topped the DOOM reveal in terms of sheer spectacle. The game looks like a class-based, online brawler of some sort but the Twitch chat was more interesting to look at at this point (continual references to someone named Gary and chants of Fallout 3 confirmed) and I zoned out.

The rumour mill had spilt this title prior to release as it was known that Arkane Studios had been hard at work doing something, and Dishonored 2 seemed like a safe bet. The first title was a real breath of fresh air, and despite being slightly flawed in some aspects, was adored by many because of its unique approach to the stealth genre. In a time when imitation was safer than innovation, it had an utterly original execution and style that elevated itself above the humdrum. The E3 demo primarily showed a female protagonist, Emily Kaldwin (daughter of the Empress from the first game). The footage definitely benefited from the vertical slice treatment, being a blend of CGI and stylised gameplay. The presenter (a nervous Frenchmen with fear in his eyes) assured us that you could play as one of two protagonists (Emily or Corvo Attano from the original), and that each would have a unique set of abilities. As a huge fan of the original I am keeping my eyes on this, if only so it doesn’t teleport from the shadows and stab me in the back of the head.

We were also informed that like every other last-gen game on the face of the planet, the original Dishonored is receiving a definitive edition for current-gen consoles. With improved graphics and all the DLC, PS4 and Xbox One owners can expect this towards the end of the year.

With the popularity of games like Magic: The Gathering and Hearthstone (and Gwent if you’ve been playing The Witcher 3 for the past two hundred hours), Bethesda has decided to throw its considerably large hat into the ring by announcing a trading card game. No hard details were given on the actual mechanics of such a game, but apparently you play the role of someone whose destiny is yet to be written (like the story for the game Destiny). It’s hard to see this not succeeding given the lore-rich universe of Tamriel from which it draws inspiration. Will it be deceptively simple like Hearthstone, or more complex like Magic: The Gathering? Either way, wise neck beards are sure to quickly become better than you at this game and make you cry tears of shame when you go online.

And that’s where the conference ended…

Or so they tried to tell you! In a painfully thin ruse the presenters attempted to close the conference without speaking about the game that had bought all the gamers to the yard…

For a game that so little was known about in terms of detail, this segment was a huge tidal wave of information. Presented by the legitimately funny, larger-than-life-but-shorter-than-Frodo Todd Howard, the Fallout 4 presentation capped off everything nicely and had the crowd in veritable throes of ecstasy. We were given massive amounts of detail on gameplay and setting, including character and weapon customisation as well as a Minecraft-style base building mechanic (full video below). In the new Fallout you will be able to create a community replete with livestock, crops and makeshift defences to guard against various arseholes who try to destroy it. Todd also acknowledged publicly that preorder bonuses were gimmicky, but proceeded to unveil a fully functioning wearable Pip-Boy as incentive. The Pip-Boy is a full second screen experience from which you can access all your in game stats and inventory (just as you would in the real game), as well as play weird retro games. While I hate exclusive preorder bonuses in general, I had to admire the sheer dedication and weirdness that was on display here. I’m also happy to say that the game looks fantastic given its size and scope, with a vibrancy and colour that has previously not been seen in the Fallout universe. The game is slated for release on November 10, 2015 but this author still has his money on a 2016 release (literally, I have a bet and there’s $20 at stake). November is a very interesting time to release a game considering many gamers will be doing the Dew and sacrificing bags of Doritos to the great lord Activision at that time. Could one of the most popular Western RPGs of all time be the COD killer the Internet has so long awaited?! I hope not, I kind of like COD.

Bethesda has cemented their reputation as an unstoppable God-like publisher/developer demon that preys on the wallets of gamers looking for something only they can provide. I am particularly looking forward to getting fired from my job because they won’t pay me to sit in my home with no pants on playing Fallout until my eyes fall out of my head. Stay tuned for more E3 madness!

In this article:Bethesda, do you even game bro, DOOM, dyegb, E3, Fallout 4, Kieran Stockton