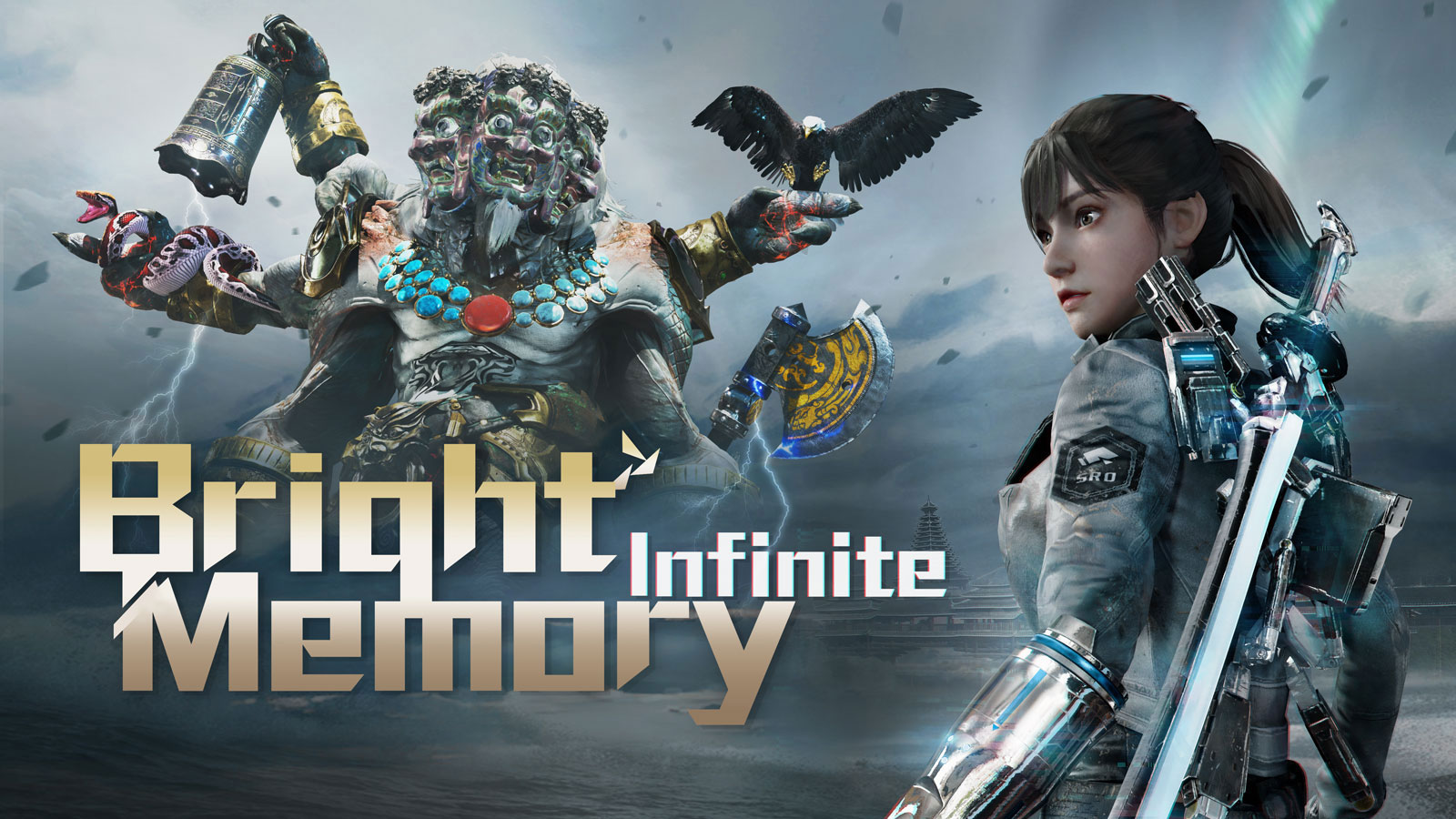 When first-person shooter Bright Memory: Infinite was shown off at Xbox’s Xbox Series X May 2020 event it sent the gaming world into a spin. Not only did the game look incredible from a visual and gameplay standpoint, but it was developed by a single Chinese developer under the moniker FYQD-Studio. Most people, including myself, weren’t aware that Infinite is a sequel of sorts to Bright Memory, a teaser experience that gave players a taste of what FYQD was aiming for with Infinite. It showed promise but it wasn’t without its technical flaws. Despite that, I remained excited about Infinite’s potential and now that it’s here I am happy to report that FYQD delivers on its vision for Bright Memory: Infinite. Mostly, anyway.

The calm before the storm

While there’s a story and a reason for the events that transpire, saying Bright Memory: Infinite has a story is like saying John Wick has a story. I mean, we know the basic premise, but it’s simply justification for killing a shit ton of enemies, and in the end who cares about the why when the how is so much fun?

The year is 2036 and you play as Shelia, an agent of the Supernatural Science Research Organization who has been sent to investigate extreme weather that is happening across the world (spoiler alert: it’s a massive black hole of sorts). Turns out that the black hole has opened a portal between our world and another, and it’s all linked to an ancient mystery. Being the bad arse agent that she is, it’s up to Shelia to close the black hole and save the world.

There’s not much more to it than that and I’d be lying if I said I had the faintest idea what was happening narrative-wise throughout my three-hour playthrough, and I’d wager that FYQD didn’t either. It doesn’t help that the voice acting is about as average as it comes, but that shouldn’t come as a surprise if we’re being honest, given the bulk of the resources were likely used elsewhere.

It doesn’t matter though, because the gameplay is where the game really shines. Its DNA is a fusion of games like Bulletstorm, Titanfall and Devil May Cry, and it yields gameplay that mixes frenetic gunplay and brutal hack ‘n’ slash action with a Salt Bae sprinkling of magic to boot.

Your arsenal is made up of four guns: an assault rifle, shotgun, handgun and a sniper rifle, all of which can be upgraded to unlock different ammunition, such as tracking shells or shrapnel bombs. The gunplay feels tight and meaty, although reloading is a touch slow, however that adds an element of strategy, with players needing to switch between weapons to make a victorious exit from a hectic donnybrook.

Other weapons include your trusty sword, which acts as both a killing tool and a means of defence – time your block right and you’ll be able to inflict more damage to your opponent or you’ll deflect their ranged attack back at them. Blocking will also allow your health to regenerate if it becomes low.

The last weapons at your disposal are your abilities, which are powered by your Exo Arm. These let you deal devastating damage at close range with an EMP blast, summon enemies from a distance and freeze them in position (think Scorpion from Mortal Kombat), a charged punch and more. Used in tandem with your sword you can hit people into the air to hack them to pieces, shoot laser beams and other attacks. Both your sword and Exo Arm are linked to a usage meter, meaning you can’t spam the same attacks over and over, however the cooldown is generous, so it doesn’t take long for it to recharge. Like your guns, you can upgrade these too to unlock new abilities and improve their impact.

This mix of weaponry creates incredibly fun and visceral combat scenarios that make you feel like a total bad arse. For example, in one sequence you might summon an enemy and make them explode with an EMP blast, then kill another enemy with your assault rifle while taking out another with your sword abilities, all before finishing off the fight by summoning the last enemy and hacking them to ribbons. It sounds like a chaotic mix, and it is, but when it all comes together it’s slicker than my hair on a night out and the satisfaction levels are up there with first-person shooter royalty such as Doom and Wolfenstein.

There’s not a ton of enemy variety on hand, with military adversaries coming in either standard infantry type or those who prefer to tussle with futuristic bō staffs and deal (and take) more damage. Then there’s the ancient Roman enemies, some who wield shields and swords, and others axes, both of these types take longer to put down. Much like Bright Memory, there are a couple of boss fights to be had, and while they are nothing more than bullet sponges, it adds a decent challenge to the proceedings.

If the gameplay is the main drawcard, the visuals are a close second, as Bright Memory: Infinite is a stunning video game – in fact it’s one of the best I’ve ever laid my eyes on, and playing on a tidy rig with a 3060ti the level of detail in the environments, whether it’s the rain-soaked ground, the grassy areas or the skyline, is something to be marvelled at considering the manpower behind it. Developing a game in a team is hard enough as it is, but to do it all yourself is an amazing effort

Aside from the odd hiccup, the game’s performance was pretty solid. I did have to play without ray tracking enabled, because even at the lowest setting it caused the frame rate to be choppier than my swordplay. Still, even without ray tracing it’s a treat for the eyes.

If you have any reservations about the game’s length there is an element of replayability, as you can unlock extra difficulties and skins for your character and weapons. Besides, the whole experience is priced at around A$30, which is a pretty fair price for what you get in return.

The visuals are something to behold

Sometimes all you need is a good action romp, and much like John Wick, Bright Memory: Infinite is the perfect panacea for when you want to feel like an action hero without needing to invest yourself in a game’s narrative. Plus, it’s backed by some truly next-gen visuals that would rival big-budget AAA titles, and although it’s a touch on the short side, for A$30 you really couldn’t ask for more, especially considering it’s made by one person. 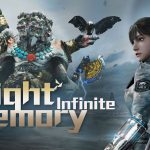 Bright Memory: Infinite Review
Action To Remember
Backed by breathtaking visuals and incredibly visceral combat that holds its own against some of the genre’s elite, Bright Memory: Infinite is a fun and bombastic jaunt for action fans to revel in.
The Good
Mix of weaponry creates incredibly fun and visceral combat
The visuals are truly stunning
Good amount of weapon upgrades
Tasty price
The Bad
The story is as threadbare as it comes
Ray tracing hampers performance
8.5
Get Around It

Bright Memory: Infinite Review
Action To Remember
Backed by breathtaking visuals and incredibly visceral combat that holds its own against some of the genre’s elite, Bright Memory: Infinite is a fun and bombastic jaunt for action fans to revel in.
The Good
Mix of weaponry creates incredibly fun and visceral combat
The visuals are truly stunning
Good amount of weapon upgrades
Tasty price
The Bad
The story is as threadbare as it comes
Ray tracing hampers performance
8.5
Get Around It
In this article:bright memory infinite, fyqd studio, Playism, Zach Jackson