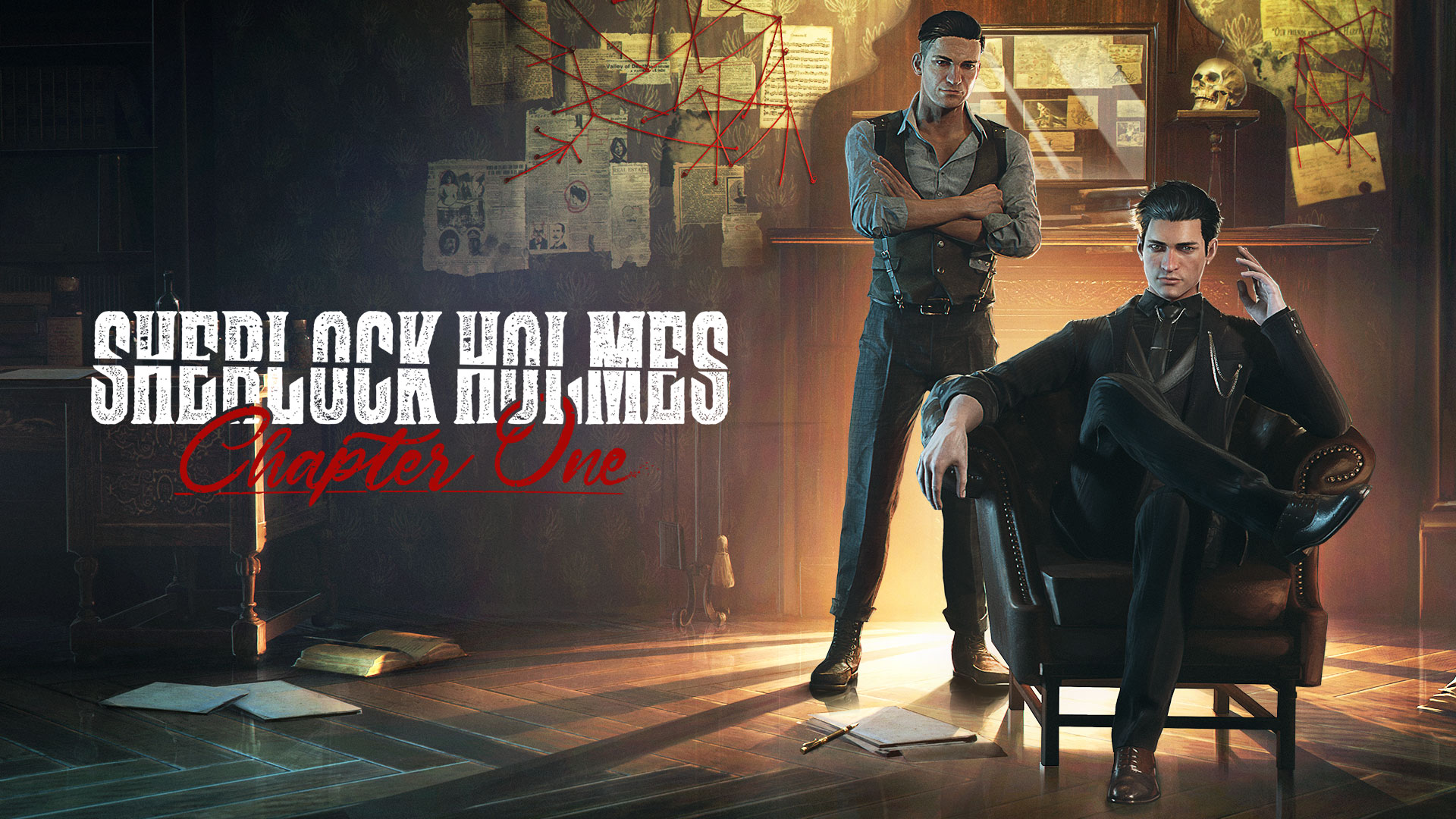 Much like the partnership of Sherlock and Watson, it’s hard to imagine another developer other than Frogwares tackling the video game adaptation of Sir Arthur Doyle’s famous private eye. However, after six entries in the series featuring the famed duo, Frogwares has decided to change it up and delve into a time before Watson and Baker Street with Sherlock Holmes Chapter One, a game that tells the story of Sherlock’s detective origins and gives fans a fresh and welcome take on the much-loved gumshoe.

Set in 1880, Chapter One takes players into Sherlock’s past to the open world Mediterranean island of Cordona, where Sherlock spent part of his childhood. Returning to the island with his best mate Jonathan to pay his final respects to his deceased mother, Sherlock, a handsome, young and budding detective, discovers that there might be more to her death than first thought and vows to uncover the truth.

It’s a bold move taking an established character and putting your spin on them, especially one with such history and fandom as Sherlock Holmes. But Frogwares delivers a story that doesn’t feel out of place alongside Doyle’s tales thanks to some quality voice acting and writing, with the relationship between Sherlock and Jon particularly well done. The two, who are very close, work together on Sherlock’s quest for truth and will often reminisce about their childhood together, talk about the events unfolding and partake in the occasional banter. While Sherlock and Watson have always had great chemistry, the bond between Sherlock and Jon has a layer of emotion that gives it a whole different meaning, and the way it’s written and voiced acted feels authentic and made me feel invested in their relationship.

While the narrative is about uncovering the truth behind Sherlock’s mother’s passing, it also feels very much like Sherlock’s coming of age. The story itself is a little darker than first expected and has a rather poignant finale. It shows Sherlock as more than a sassy and charismatic genius, and more as a young man dealing with the trauma of his mother’s passing.

Sherlock’s base during his stay in Cordona is Stonewood Manor, his old family home. Sherlock may be a clever man, but like everyone he has his demons. Instead of accepting what happened in the past, Sherlock has buried those memories within his mind. Each room in Stonewood Manor represents a suppressed memory and each time he gets closer to the truth he’ll unlock access to a room in the manor and the memory that goes with it.

Chapter One will feel familiar to anyone who has played Frogwares’ Sherlock Holmes games before, with the fundamentals mostly the same. However, the core gameplay feels like a refinement of the studio’s previous game The Sinking City.

Love the Craftsmanship of this piece

Despite being set before his Baker Street heydays, Sherlock will need to use his powers of deduction to get to the bottom of several cases that come his way during his time back in Cordona. Evidence and clues can be found by simply exploring your surroundings, while other times you’ll need to use your power of persuasion or more scientific methods, such as Chemical Analysis, which are essentially puzzles requiring players to get the correct formula.

Pinning evidence is a new feature and allows Sherlock to ask the locals for help with a particular matter (although it annoyingly takes up a large chunk of the screen). However, given the divide between Cordona’s rich and poor, asking the latter for assistance while dressed as a suave Brit won’t yield positive results, meaning Sherlock will need to disguise himself to get the answers he seeks. Concentration is another one of Sherlock’s skills, and by pressing the right bumper, Sherlock will hone in on an area or person of interest to find out more information, such as what shoe size a print might be or the traits of an individual.

The Sherlock games have always had a reputation for being somewhat difficult and Chapter One is no different. Your Casebook is your most useful tool, as it stores all of your clues, and depending on the difficulty it will indicate what you need to do with certain evidence (such as search the archives, talk to locals and so forth). Quite often, the answer is fairly simple, but there were a few times where I felt dead in my tracks and it took longer than I would care to admit to proceed.

Once all the pieces have been found, Sherlock will need to put them together to figure out the order of events and get an understanding of what happened before coming to a verdict. The Mind Palace is where the key decisions are made, including who to accuse when closing a case. Primary cases will have two verdicts or two suspects for players to choose between and it’s here things can get a bit difficult. On one hand you want to see a criminal brought to justice but on the other hand sometimes turning a blind eye can be for the greater good, and in other cases it’s hard to know who the guilty party is either, so players never know for sure if they’ve imprisoned the right person. I do wish perhaps that there was some indication, even post-credits, as to whether you got it right or wrong.

You could read this pinned evidence from space, probably

If you get a taste for the detective lifestyle, there are a myriad of side cases waiting to be solved that will take you all over Cordona. These vary in size and scope, with some simply involving recalling lost memories while others will have you assisting the local police force and even your brother Mycroft.

Cordona is a big beautiful open world with several districts tons of stuff going on, but it does feel a little soulless at times. It’s not that it’s bad, but nothing is compelling about it, I simply fast travelled between locations. Crowd behaviour is something that Frogwares struggled with in The Sinking City, and while it’s improved in Chapter One it still has its issues. People walk around aimlessly at all hours of the day – there are so many people walking around carrying rugs, even at night. Seriously, who’s buying a rug at night? It doesn’t help that character models feel limited to the same dozen or so (you’ll recognise some from The Sinking City), and there’s only a handful of voice lines for each context shared between them. It’s a tough balance for any game to get right, let alone one with a AA budget.

For whatever reason Frogwares decided that Chapter One should feature combat sequences, which in itself is an odd choice. At least in The Sinking City they made sense, even though the mechanics barely scraped through with a pass. However, while Chapter One justifies its existence, the combat sequences are awful. I suspect Frogwares knew this because you can turn them off altogether, something I recommend doing. The sequences are called Bandit Lairs and task Sherlock with arresting several thugs who attack in waves. Arresting someone is done by shooting their armour off and performing a QTE. Sherlock Holmes is not James Bond, so killing, while possible, is not recommended. It’s not fun and it feels out of place, like it’s there for the sake of it.

Cordona is known for its late-night rug shopping

While Cordona looks like an island paradise at times, the game’s performance on the PS5 is a little rough, with frequent frame rate drops plaguing my playthrough (often in crowded places) and textures looking a little muddy up close. It’s certainly not unplayable and Frogwares says it plans to fix this with a patch, but it was a bit frustrating at times.

With the shackles of Doyle’s creations loosened, Chapter One is easily the best narrative Frogwares has crafted in its Sherlock series to date, with a lot of the heavy lifting done by Sherlock’s relationship with Jon. While the gameplay scratches that Sherlock itch, the game’s open-world issues, combat and performance on PS5 does hamper the enjoyment somewhat. That being said, I enjoyed my time in Cordona and the fresh take on Sherlock Holmes. I hope it’s something to studio continues to explore in the future. 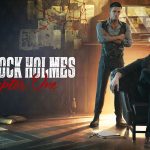 Sherlock Holmes Chapter One Review
My Island Holmes
A fresh and emotional take on the Sherlock Holmes property creates the best narrative in the series yet, but it’s let down by some ambitious design choices.
The Good
The relationship between Sherlock and Jon is excellently written and acted
Fresh and emotional narrative
Solid detective gameplay
Cordona often looks beautiful
Speaking of beautiful, young Sherlock
Combat can be turned off
The Bad
Combat is terrible
Open world feels a little soulless
Some performance issues
Too many people buying rugs
7
Good

Sherlock Holmes Chapter One Review
My Island Holmes
A fresh and emotional take on the Sherlock Holmes property creates the best narrative in the series yet, but it’s let down by some ambitious design choices.
The Good
The relationship between Sherlock and Jon is excellently written and acted
Fresh and emotional narrative
Solid detective gameplay
Cordona often looks beautiful
Speaking of beautiful, young Sherlock
Combat can be turned off
The Bad
Combat is terrible
Open world feels a little soulless
Some performance issues
Too many people buying rugs
7
Good
In this article:frogwares, Sherlock Holmes, sherlock holmes chapter one, sherry, Zach Jackson