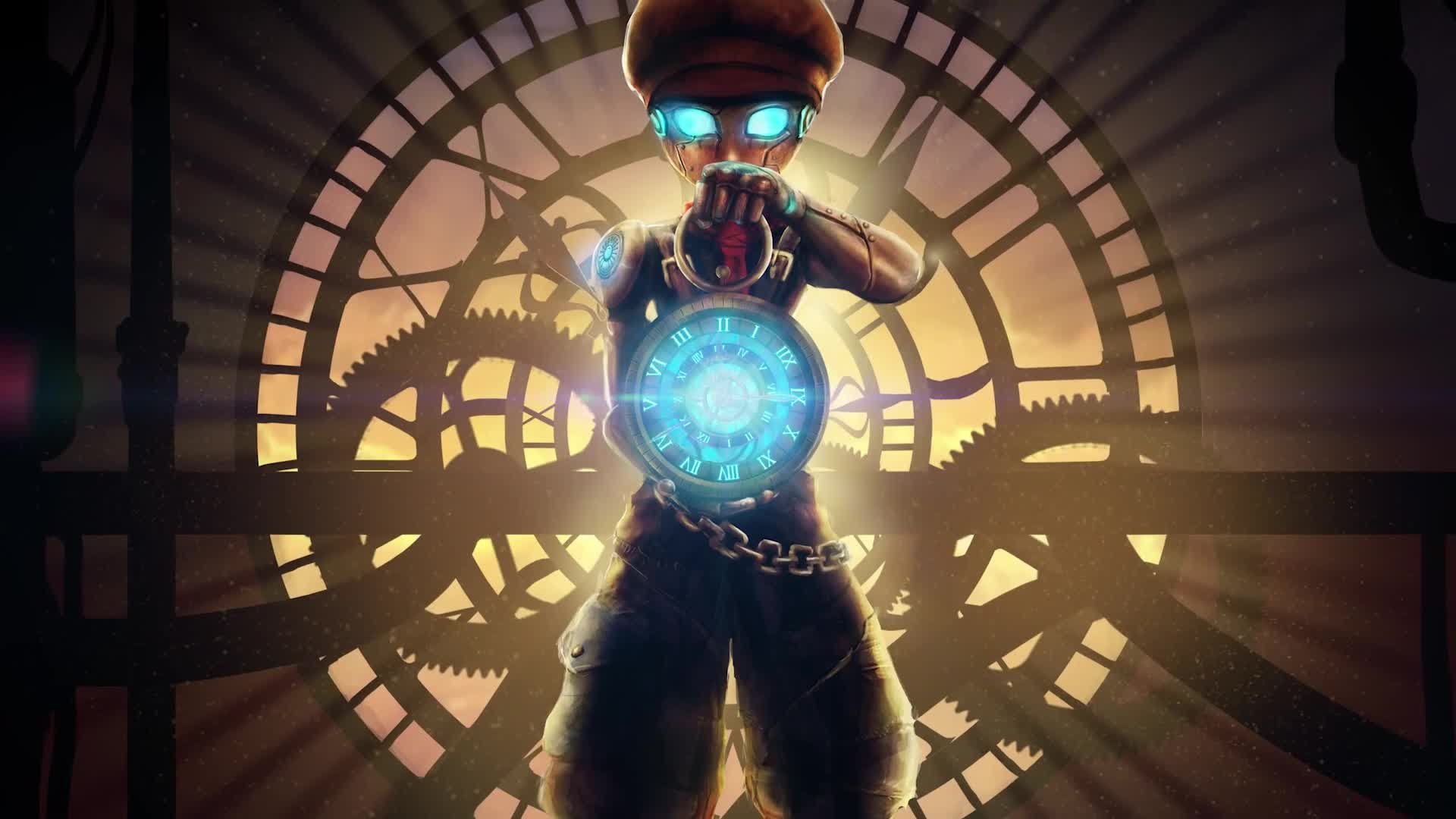 Clockwork is a time-bending 2D puzzle platformer set in a steampunk-inspired mechanical world from up and coming independent Aussie developers Gamesoft. I got to play a preview build of the first act of Clockwork and am going to give some of my early impressions ahead of my full review when the game releases on PC in the coming weeks. In Clockwork you take control of Atto, a lonely robotic boy whose job it is to fix things around the mechanical city of Watchtower. The city is devoid of human life but filled with wild machinations that hum and whistle around you, just as they have done for the past four or so hundred years under the dutiful care of their robotic inhabitants. The story picks up with Atto discovering that there is a mysterious entity named Milli living inside the mechanically advanced pocketwatch given to him by his parents. Milli is a bit rude and bossy, and wastes little time in insisting that Atto do her bidding without really telling him why. The narrative doesn’t move too far in the first act and mostly serves to set up the relationship between Atto and Milli. She may be brusque in her demeanour and keeps her cards close to her chest, but you get the feeling she is good natured and not nearly as sure of herself as she makes out. Atto on the other hand is a bit of a pushover, and willingly assists Milli in her mission despite knowing he does not have the full picture. The two make an entertaining duo, and I’m interested to see where the narrative path takes them. It’s clear the two of them have a purpose in this crazy machine world, with both their pasts shrouded in mystery and their futures uncertain. The first act also serves to introduce you to the time manipulation mechanics, although these are fairly easy to grasp. Essentially there are time portals that once activated initiate a pseudo-recording of Atto, such that once you reset back to the portal, whatever actions you had performed previously are repeated. You can make a seemingly infinite amount of copies of Atto, but in the first act you only really use them for the timed pulling of switches. Most of the puzzles throughout the first act are fairly simple, and tend to rely on speed and timing rather than careful forethought. A handful of these are fairly frustrating in that their timing has to be really precise, and even the lightest touch of a hazard such as a crusher is enough to kill you. Upon dying you are treated to a load screen and have to start from the beginning of the section. While none of these sections are overly long, there is a bit of trial and error on occasion which makes this cycle of death and loading a bit of a grind. Clockwork does hit its stride with the mechanic, and when you’ve got several little Attos working for you and pulling switches in perfect harmony it feels quite gratifying. The end of the act concludes with an encounter with a nasty beast named the Hour which is reminiscent of Songbird from Bioshock Infinite. It’s all flight and no fight though, and in the first act you’ve no choice but to flee. Hopefully the puzzles evolve over the course of the game to keep the gameplay fresh, but at the moment it’s the beautiful art style and intriguing setting that are the most interesting elements. We’ll keep you posted on all things Clockwork as we gear up (because clocks) for a full release, but in the meantime you can check out the official website and have a gander at the gameplay trailer below.