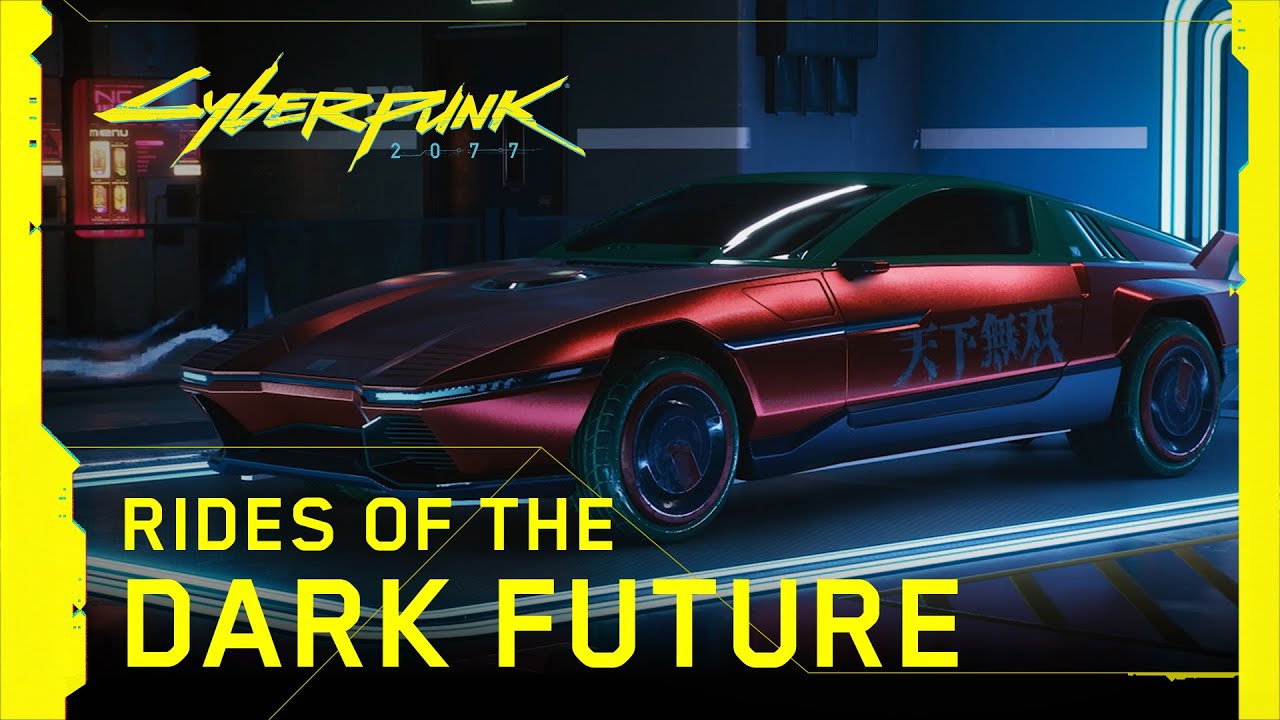 Cyberpunk 2077 is just around the corner now, with the game going gold at the beginning of the month. Now Within arm’s reach of release, we’ve been given another episode of Night City Wire, the series that has been breaking down the components of Cyberpunk such as gangs, life paths, music and weapons. From vehicles and behind the scenes looks to character style, let’s have a look at what Night City Wire: Episode 4 showed off:

Rides Of The Dark Future

The opening portion of this episode is a three-minute breakdown of the types of vehicles that we will have at our disposal in Night City. Seeing as though Cyberpunk is an open-world RPG, we’ll need some wheels to get around and it looks like CDPR are bring the goods. This short trailer goes through the different classes of cars that we’ll see roaming the streets:

Economy – You’re everyday, run-of-the-mill hatchbacks and sedans make up this class, providing a means to get from A to B, not in style but in…a car. If I’m feeling like I want to be fully immersed then this these are what I’ll be looking out for as they are the most like my excellently average Holden Astra. Side note, the little Mai Mai that’s seen blitzing up steps on the footpath is my new favourite car.

Executive – We’re looking a luxury, wealth-flashing mobiles here. Kitted out with all of the expensive trimmings and third sets of wheels (seemingly just for show), this class is built to be flashy above all else. Is it hugely practical? No, but damn do they look fine.

Heavy-Duty – Straight from one end of the scale to the other, this class is filled with trucks and tanks that are nearly unbreakable. Big, brutish and practical, these big lads will be handy if you’re not keen on stoping when someone cuts you off.

Sport – Now we’re getting into the true high-end machines. These sexy beasts have powerful engines and an eye-catching look to boot. If you’re keen on racing, or just like to show off the content of your wallet, the sports cars will be your go-to.

Hypercars – The cream of the crop, Hypercars are fitted with heavy armour, heaps of tech and some eye-wateringly sleek designs. Fast, mean and massively expensive, these rides are the pinnacle of performance and style.

Last but not least, the trailer ends on a cheeky look at a classic car that will be available in the game and its one that would make WellPlayed’s Zack Jackson blush. Johnny Silverhand’s own 1977 Porche 911 930 will be in the game, but no further details were given.

Behind The Scenes: Revving Up Night City

This being the scenes look at development focuses, you guessed it, on the ins and outs of capturing the audio for the cars in-game. CDPR went to some extreme lengths to get genuine audio from real-world vehicles that they could tweak and then use in the game. A whole host of different rigs were recorded, from sport and muscle cars, right through to rally and drift cars.

Each of these cars was strapped with multiple mics that were scattered around the body to pick up the nuances of the engine and exhaust. In total, over 40 vehicles were recorded for Cyberpunk, including the aforementioned Porsche 911 930, the only car to actually appear in-game as it was recorded.

By far the best shot of this video is the sound crew recording the window of the 911 being electronically rolled up. It’s an important sound capture that I’m sure we’ll all appreciate once the game launches.

Behind The Scenes: Arch Motorcycle

Everone’s favourite breath-taker Keanu Reeves appears in this video as he and Gard Hollinger step us through the collaboration between Arch Motorcycles and Cyberpunk 2077. Arch is co-founded by these two fine gentlemen and they talk pretty passionately about their bikes being in the game, albeit an advanced, fiction version of them.

Recording audio similar to the cars, CDPR are grabbing audio straight from the source and using it for the futuristic bikes that will be present in Night City. The bikes that will be available in the game are modelled after Arch’s Method 143, a very sleek and aggressive-looking machine that will fit right into the aesthetic of Cyberpunk.

The penultimate segment of the episode focuses on the individual styles that can be found in Night City. There are four distinct visual styles present, each with its own features and status within society:

Kitsch – This is likely what comes to mind when you think of Cyberpunk. Neon colours, heaps of chrome and over-the-top, illuminated tattoos, the Kitsch style isn’t too fussed about functionality, it’s more focused on aesthetics.

Entropism – Coming about after the Fourth Corporate War, Entropism is the polar opposite of Kitsch as functionality is the only objective here. Necessity rules this style, as it’s adopted by the lower classes who are just wearing what they have.

Neomilitarianism – Dominated by the darker shades, this style is seen in the wealth parts of town. Militaristic and brutal, those who sport this style are likely the cooperate types who like to show off their power and status.

Neokitsch – Speaking of wealth. Neokitsch is the style that has come full circle, worn by the wealthiest and most famous in Night City. Returning to the stylings of Kitsch, but injecting a new flair, this is a look that only those at the top are wearing.

It looks like there will be plenty of options to kit out your V in a variety of different looks, but I can’t imagine anyone passing up on Neomilitarism myself.

Wrapping up this episode of Night City Wire we have a short cinematic trailer. V walks into a diner and takes a seat with a seemingly important figure that tells him that taking over the city won’t be easy, or even possible without some upgrades. Not deterred at all, V has a think to himself, before replying with “I’m in”. This trailer is just as slick as all that has proceeded it, drumming up just as much excitement as well.

Give the cinematic a watch here:

With that, Episode 4 of Night City Wire comes to an end. If you’re looking to watch the full episode you can do some HERE.

What did you think of this episode of Night City Wire? Are you excited to play Cyberpunk? Let us know.