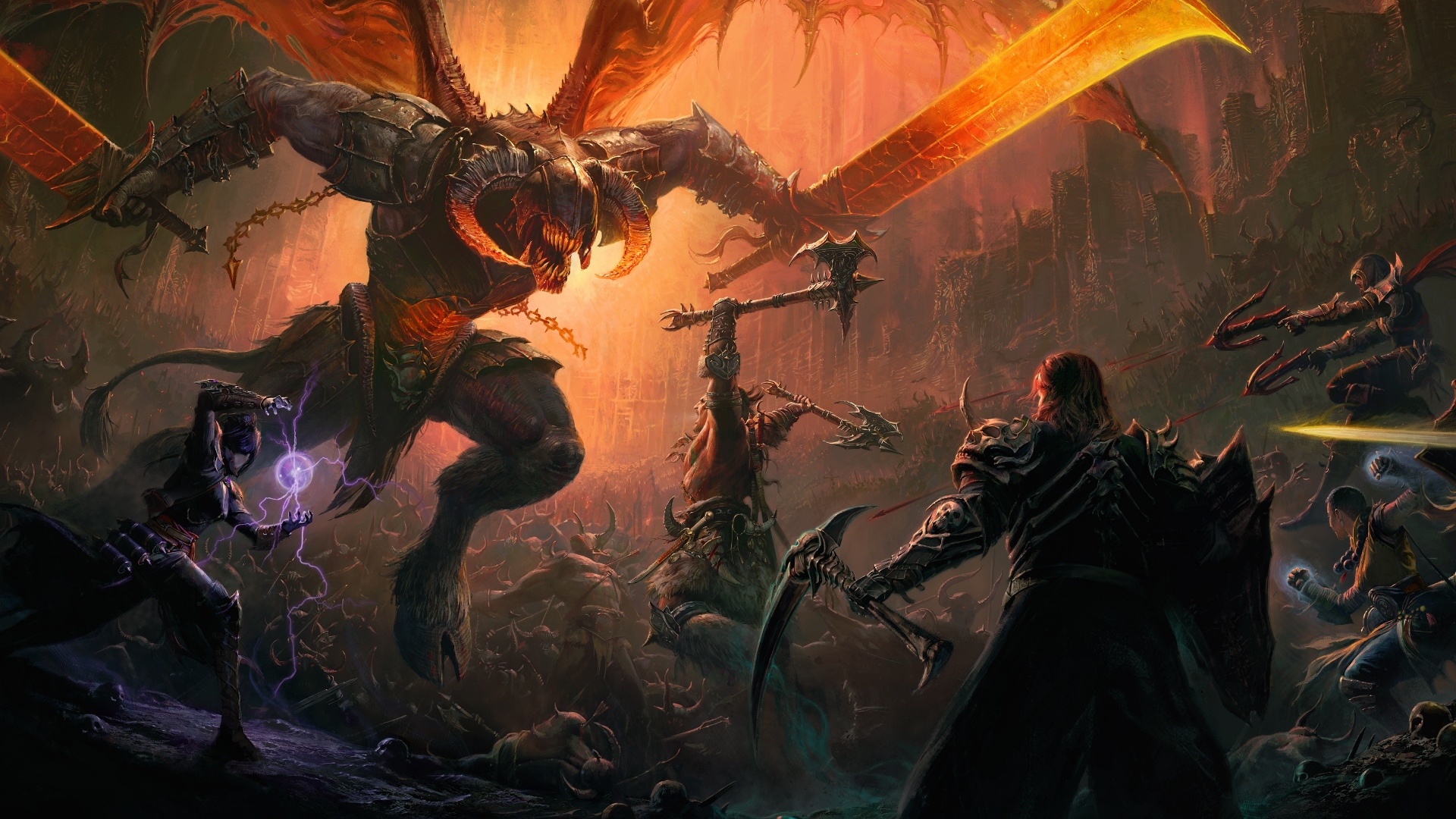 The closed alpha for Diablo Immortal ran for about six weeks, and I played it sporadically for probably four of them.

In truth, my original entry into the alpha had a hefty dose of consternation that I would become a Diablo pariah – admitting to enjoying the game that the gaming public had openly decreed is heresy.

The thing is, Diablo IV is still so goddarn far away that I need a fix of something  new, something different – and having just picked up a shiny new Google Pixel 5 I figure I needed something to make it sweat.

A quick overview of what was on offer – Diablo classes represented included the long time staple of Barbarian, then Diablo III’s friends in the form of Wizard, Demon Hunter and Monk. When I started playing they had just added Crusader – perhaps my favourite Diablo III ass-kicker, so the choice was obvious. Now, the alpha only had a level cap of 55, so ‘endgame’ content wasn’t going to be explored any time soon (the full release will see a level cap of 60) so instead I would put my booted feet to the group and smash some faces across Sanctuary. 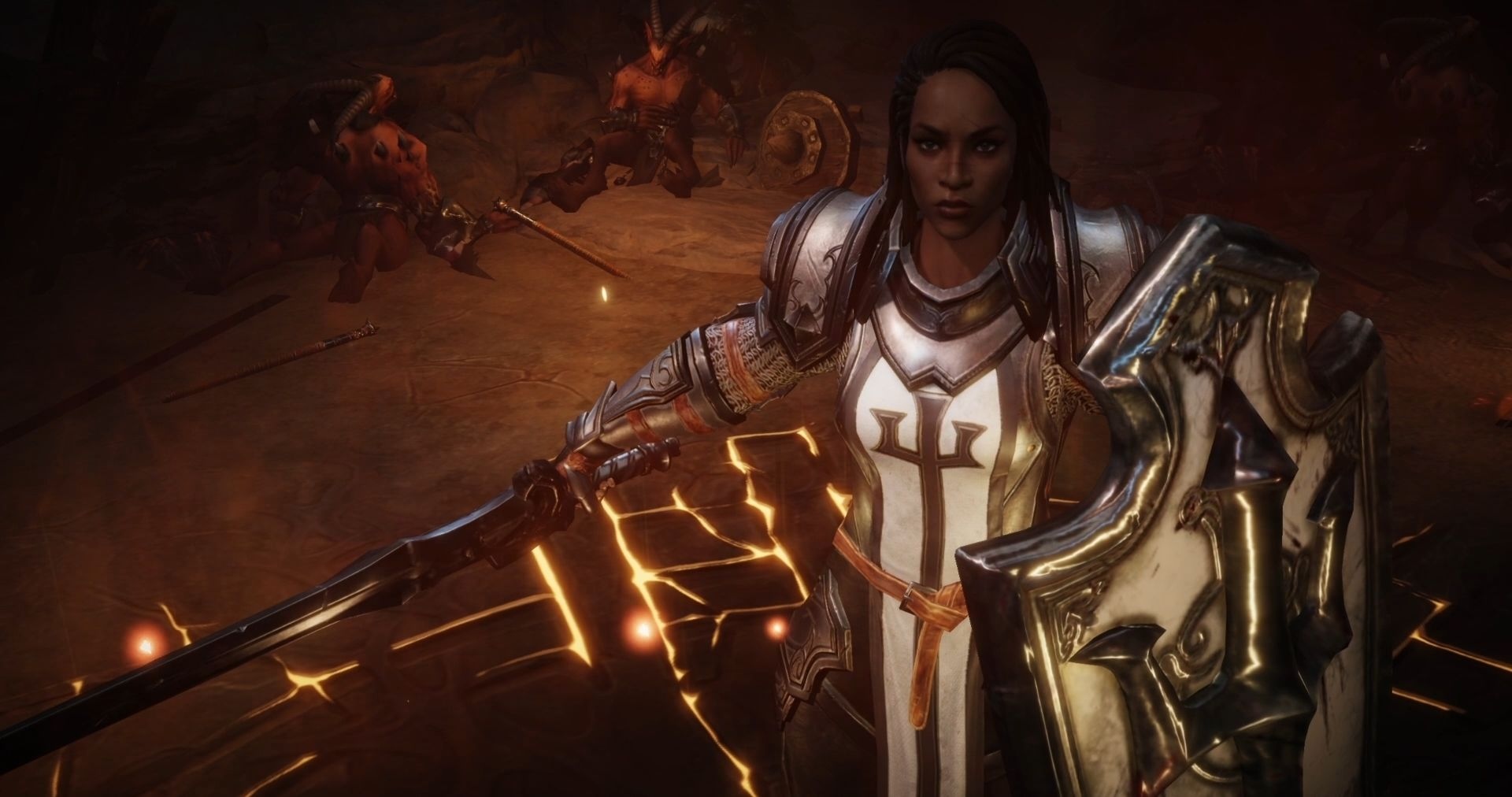 It’s… Diablo. The game plays remarkably well on a mobile device, and my usual gnashing of teeth towards mobile game inputs was almost entirely shelved. I was particularly impressed by how some skills can be competently ‘vector’ targeted (drawing between two points) without my thumbs becoming knotted and my boomer knuckles protesting. So far, so good.

Visually also, the game resembles a – dare I say it – prettier Diablo III. While there are clear visual choices made to make sure this game runs smoothly on little screens, in motion you barely notice the odd rough patch. I even spent an afternoon streaming the game to my TV via a ChromeCast device so that my mates could look at the title without rubbing their ears to mine. Spell effects are flashy and fun – pushing your buttons feels massively responsive as enemies go cartwheeling away from your point of impact, and generally you just have a good ol’ time.

But what of longevity?

Farming up new loot to adorn your 13 item slots is good fun – and I personally didn’t feel any gross ‘squeeze’ mechanics to frustrate me into running content forever. I generally tooled around completing bounties and witnessed routine dopamine hits when something shiny dropped. Many people considered that the true cardinal sin of Immortal would be some form of cash shop filled with the gear you like, but even I considered that to be too transparent of a bad idea to be considered, and thankfully it did not eventuate. While cosmetic items are promised, player power is not ‘directly’ purchased. Instead there are Crests, which serve as modifiers to some of the rift-based content in the game – which can arguably affect your loot, but I am guessing the jury is still out on how much of an advantage that would be.

Loot-wise, the more unique gameplay element is how legendary items more directly interact with skills within the game. Diablo games have always embraced the chaos of legendary items providing all manner of weird and whacky elements, but within Immortal the items almost seem to wholly replace the Diablo III ‘skill rune’ system. Instead of merely souping up an existing skill, many of the orange gear pieces will dramatically change the behaviour of an ability to offer some new player choice in its use – cleverly paving way for unique playstyles on the fly.

On one hand, you will be cursing the heavens as you farm up a particular item that will make your builds true potential align – but in reality this is something deeply ingrained in the Diablo experience, you can hardly leverage anger towards Immortal specifically.

Oh, I hate it when my desecrators are putrid

So I found myself enjoying a wide breadth of engaging (and free) content within the game, with little to no real pressure to purchase. I mean sure, the shop was not available to use when I was playing – but it’s a routine measure within mobile games to feel to pressure of a paywall, when the frustrating elements seem a little too transparent.

To its credit, there is information regarding a monthly Battle Pass to be available in the final product – which can be quite player-beneficial if implemented correctly. The natural evolution of a subscription model, a Battle Pass can quickly take a free-to-play product and make it nominally affordable and rewarding, benefitting both developer and player. However it remains a perilous balancing act.

In truth, I find this title to be treacherous to review – hence this haphazard opinion piece. The very nature of a beast that is both ONLINE and MOBILE means that it will likely change dramatically over its lifespan, and any initial impressions would age fairly quickly. But by the same token, as the game is entirely confirmed to be Free to Play upon release, you can take the time to experience it yourself and place whatever judgement you wish.

Not to mention it will be held at the mercy of App Store Reviews on whichever platform you desire, so if the game’s quality was to nosedive you’d be immediately privy to those opinions.

For now though? It’s fun Diablo Hacky+Slashy in the palm of your hand. And banishing demons whilst on the toilet is a fun novelty – if only sporadically.

Diablo® Immortal™ is a mobile Massively Multiplayer Online Action RPG (​MMOARPG) developed by Blizzard Entertainment in partnership with NetEase for Android and iOS smart devices. A release date within 2021 is expected.

In this article:diablo, Immortal, mobile