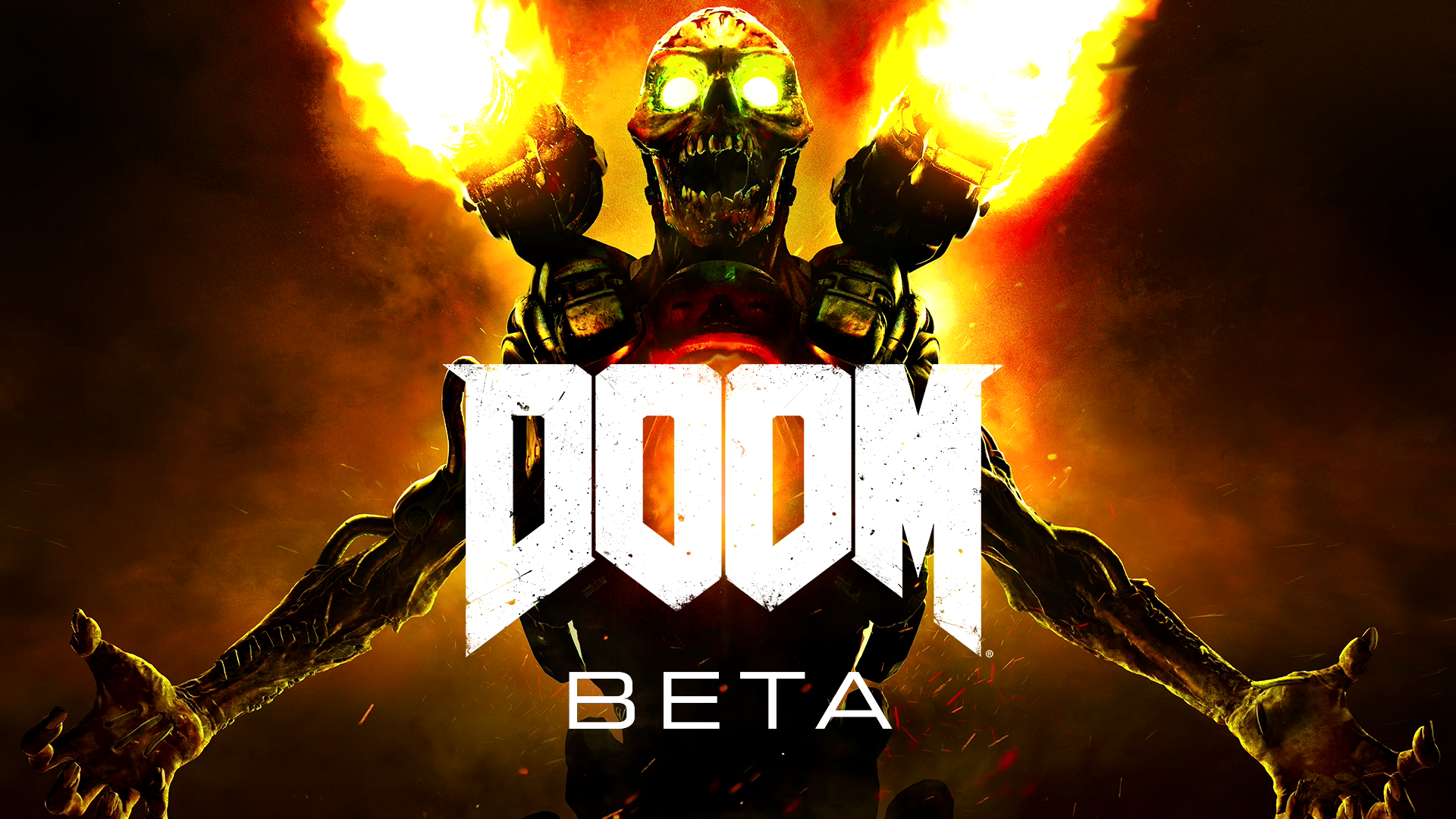 Read our impressions of the DOOM closed beta below or skip straight to the end for some grisly gameplay footage.

Finally delivering on a promise made almost two years ago, the multiplayer component of DOOM is now in closed beta and thousands of players across PC and consoles are currently shooting and maiming one another in gruesome style. DOOM seeks to bring back the twitch arena shooter vibe of yore, unsurprisingly (given the dev talent on the game) channeling timeless classics such as Quake and Unreal Tournament. It’s fast, it’s bloody and it’s a whole heap of brutal fun. It’s also beset by some technical and mechanical problems that will hopefully be rectified by the time of the full release.

In the beta, players are given access to two maps across two modes. The first of course is Team Deathmatch and the other is a (relatively) unique mode called Warpath. In Warpath you take control of a constantly moving zone which is moving along a predetermined track in the map. It’s a bit like Halo’s King of the Hill or COD’s Domination modes, but the fact that the zone is in constant motion does provide a bit of nuance, as when the zone is in certain areas it is much harder to defend than in others. The mode tends to focus the firefight to a certain spot which ups the chaos factor considerably.

The beta features seven different base weapons and overall the game is quite balanced. No one weapon feels like it is overpowered and you can pick and choose the weapons that suit your style of play. Typical of an id Software game, the weapons are quite unique in the way they deal damage, and for the most part they don’t resemble guns you’d normally encounter in your average FPS. One favourite tool of death that has emerged is the Lightning Gun, which shoots a constant beam of electricity and does massive damage at mid to close range if you can keep it on target. Personally my favourite is the Vortex Rifle, which is a sniper rifle that will charge up when you’re aiming down sights and deliver one hell of a kick to an enemy’s skull if you can manage to hit it. You’ll see a lot of people running around with the Super Shotgun too, a double-barreled dealer of death at close range. The game demands a high level of skill, you need to be able to aim and shoot with precision while constantly moving around. Stay still too long and it’s probably not long before someone wails on you with a rocket launcher before swiftly kneeing you in the face.

The Gauss Cannon: Not to be messed with

It wouldn’t be DOOM without OP power weapons and power-ups that spawn on a timer, and they are certainly here in all their glory. The Gauss Cannon is a particularly nasty bit of gear which delivers a one-shot kill (read: turns enemies into pink mist) from any range. It hits a wide area so if you see an enemy with one of these you should probably run in the other direction. There’s also classic power-ups like Quad Damage and Haste (increases movement speed and rate of fire dramatically) and there’s sure to be many more in the full release. Probably the most interesting power-up is one that allows you to take control of a powerful demon. In the beta you can only control the Revenant (but it’s heavily hinted that there will be several different demons), a hulking skeleton with a jetpack (what every hulking skeleton needs really) and twin shoulder-mounted rocket launchers. The power of the Revenant has thankfully been nerfed since the closed alpha, but he’s still a force to be reckoned with. Everyone is notified when a demon spawn is about to become available, and it becomes a mad scramble to get to the spawn point before anyone else and wreak some havoc.

While I’ve had a blast, the beta is plagued by some persistent issues. On the technical side of things, I found my ping and connection quality to be highly erratic (even though the game claims to use dedicated servers). This is not uncommon for Australians given our archaic internet infrastructure, but I have a wired connection that is amongst the fastest in the country, so I’m not sure why it’s so all over the place in terms of quality. Hit detection is another issue, shots simply do not register sometimes and is a source of frustration. Seeing as it’s only a beta these technical issues can probably be forgiven, but given the pace of the game it is paramount that the dev team settle on a smooth net code, or these frustrations may cause some to turn away from the game’s multiplayer. On the mechanical side of things there are a couple of negatives too. Currently the sounds of the weapons around you are simply too low or indistinct, and even with a pair of surround sound headphones it was difficult to discern where shots were coming from. One particularly annoying perpetrator in this aspect is the Super Shotgun. Even if someone is practically up your clacker with one of these, the sound of it firing is akin to an airy fart, and you’ll only know it’s a shotgun if you notice a large chunk of your health disappearing suddenly. There really needs to be some sort of feedback when you are being hit by a weapon. While there’s no flinch mechanic (which is preferable in a twitch arena shooter), a simple controller vibration coupled with a distinct sound would go a long way in giving you extra tools for situational awareness.

After sinking in many hours with the beta, I think DOOM’s multiplayer has the potential to fill a niche in adversarial FPS games. It’s been too long since we’ve had a fresh twitch arena shooter, and if the talented folk at id Software can manage to iron out the frustrating technical and mechanical problems, we might just have a bit of a gem on our hands. Look out for our review for DOOM closer to the game’s release on May 13th.