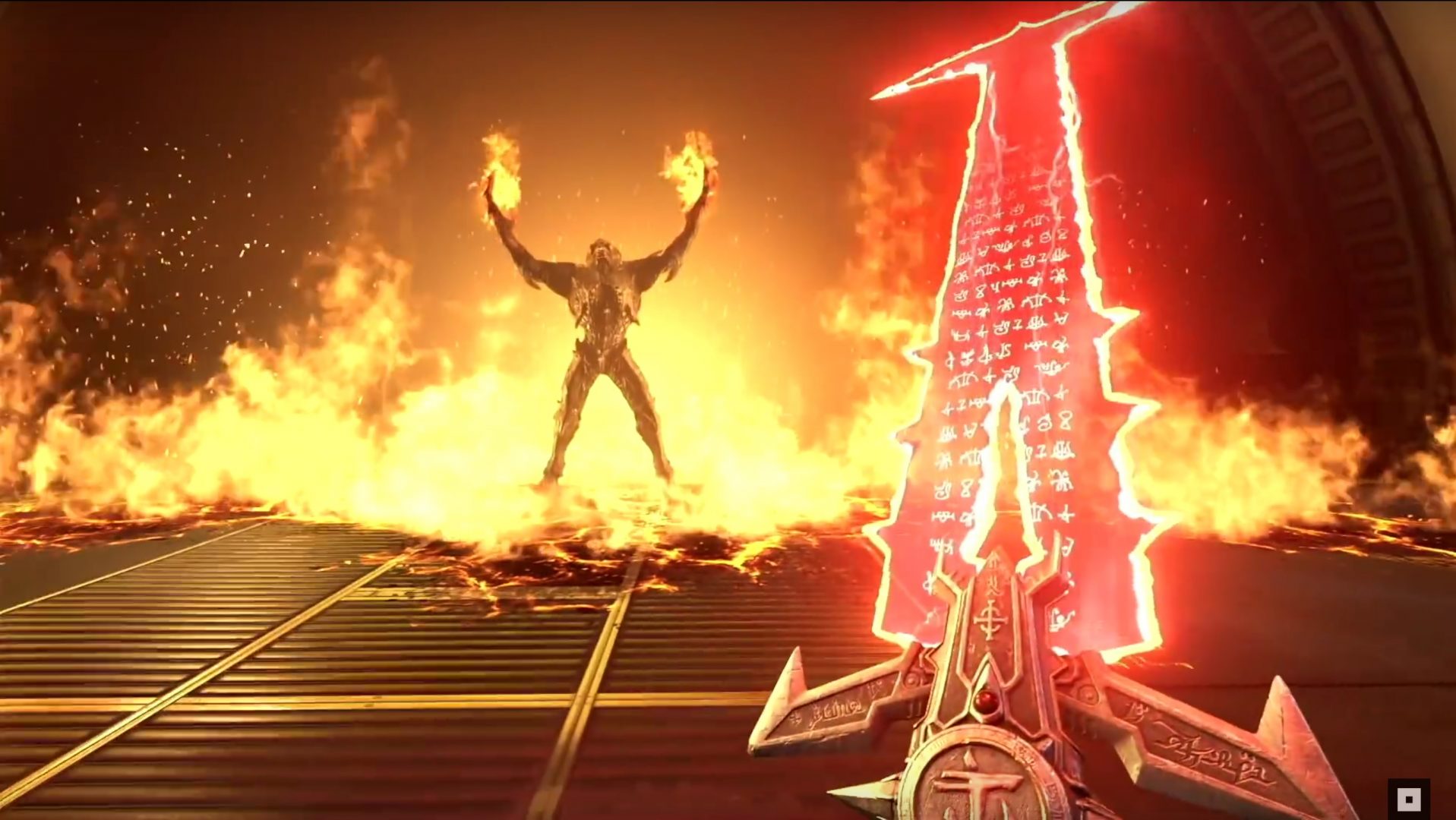 Publishing powerhouse Bethesda had a bit of a sleeper hit on their hands with 2016’s DOOM reboot, so it’s no wonder that a sequel was announced (to much applause) at this year’s E3. DOOM Eternal was officially revealed at Bethesda’s press conference that weekend, but fans have yet to see any actual footage of the game in action, until now.

With QuakeCon currently taking place, Bethesda took the opportunity to run a keynote covering some of their biggest current and upcoming titles, including Quake Champions, The Elder Scrolls Online and Rage 2. By far the biggest highlight of the presentation though, is a first look at gameplay from DOOM Eternal alongside some interesting details. Let’s get to the good stuff first though, here’s that sweet, blisteringly fast, brutal demon-slaying action:

There’s a tonne of detail to be gleaned from watching the footage. Things like the grappling, climbing, dashing, new weapons and enemies and more. Perhaps most interesting is the reveal of a Souls-like multiplayer invasion mechanic where players can take on the role of demons and band together to invade someone else’s game. Oh, and yes, DOOM Eternal will be coming to the Nintendo Switch as well as PS4, Xbox One and PC sometime next year.

Stick to WellPlayed for more DOOM Eternal news as it comes!