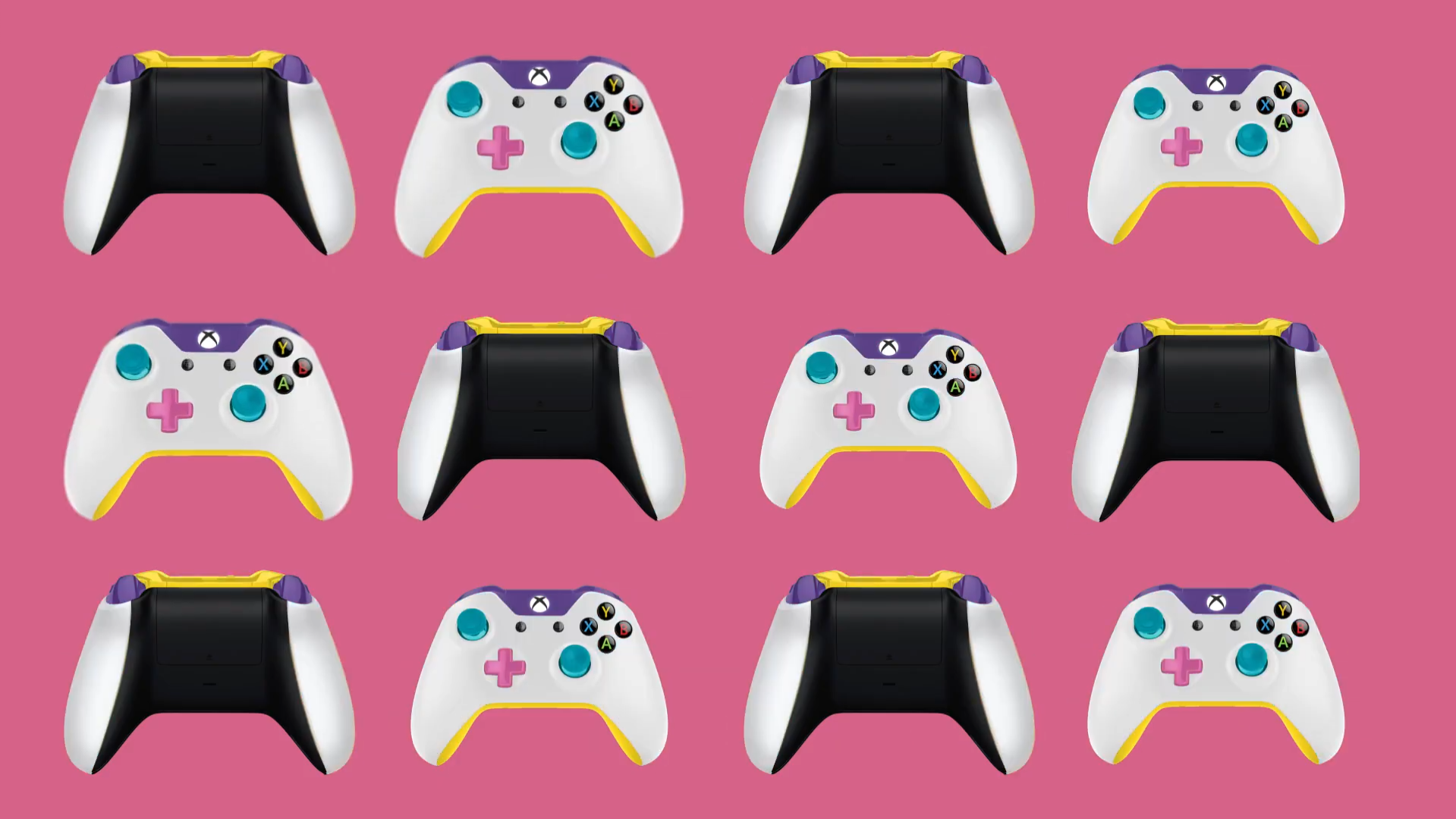 Ah, EB Games. I once knew you as ‘Electronics Boutique’, a place where I could go to spend $100 on a PS2 game I’d never heard of under the recommendation of the guy behind the counter. Those were good times, mind, that’s how I discovered Katamari Damacy. Nowadays, in a post-Gamestop world, the local EB staff member is more likely to convince you of the benefits of ‘disc insurance’ than to wax poetic about the genius of Ico.

Hang on, let me figure out where this was going again. Ah, yes. You may or may not already know, but the blokes at ‘EB’s’ actually have a pretty big side hustle in repairing and refurbishing used video game hardware, mostly to support their preowned product offerings. It seems they’ve upskilled the oompa loompas at the ol’ refurb factory though, because now old mates are offering something new; the chance to give your Xbox One controller a shiny new paint job!

Dubbed ‘Restyle’, the service lets you select from seven different colours to apply individually to seven different parts of the Xbox One controller, with a reported total of 800,000 different combinations. To do so, you just head to the Restyle page online, download and complete the form to select your colour combinations, then bring it in with your existing Xbox One controller to an EB Games store. After the staff relieve you of your controller and a cool $49, it will (presumably) be sent off to be pimped out by EB’s technicians.

I’m not sure if I’d be inclined to drop a $50 to recolour one of my controllers, but I’m sure the service will be of interest to anyone who’s considered either doing this themselves or paying exorbitant amounts to more ’boutique’ controller modding businesses.

Check out the promo video for Restyle and let us know what you think. Good deal or desperate cash grab by a struggling retailer?

WellPlayed is not affiliated with EB Games nor do we receive any compensation for the above story.