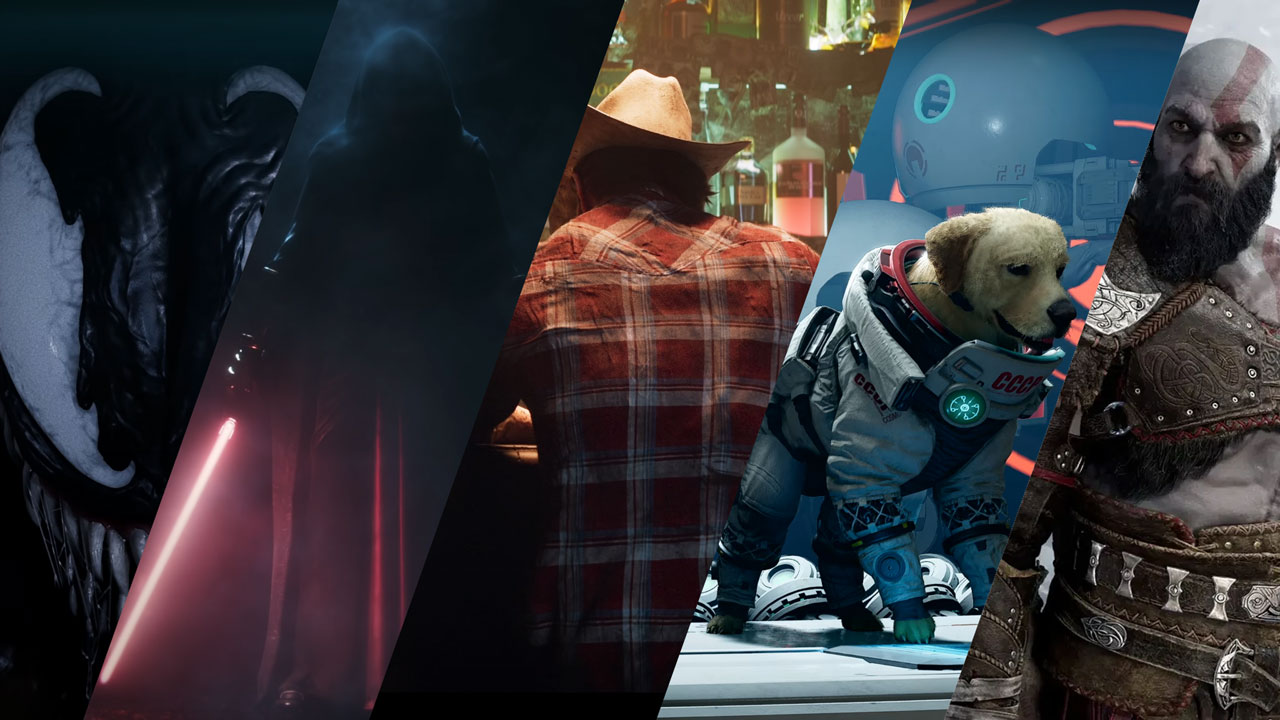 Play Has No Limits

Sure, an ad for PlayStation starting kicking off the event might not sound exciting on paper, but the high production value makes them a fun watch. A city-wide game of chess is being played, using people as pieces as a bunch of PlayStation references fly on by. So, yes, it’s an ad, but it’s a fun one.

The Showcase proper started with a huge announcement that had me falling out of my chair. Star Wars: Knights of the Old Republic Remake has been announced with a short and exciting trailer. Developed by Aspyr, the team that has remastered a number of older Star Wars titles in the last few years, this is a complete remake that’s being made from the ground up. The short teaser showed Darth Revan menacingly stepping out of darkness and igniting his crimson lightsaber. No date was given, but the KotOR Remake will be coming to PS5.

Announced back in 2019, we got an extended look at the action-adventure title Project Eve. This trailer kicks off with protagonist Eve going toe to toe with a big, evil-looking eyeball monster in space, which is a hell of a way to reintroduce the game. Showing off a devasted world that seems devoid of life, Eve does battle with a number of tentacle monsters in some very fast-paced combat. Project Eve doesn’t have a release date, but it’s confirmed to be coming to PS5.

We got our first look at gameplay for the Borderlands spin-off, Tiny Tina’s Wonderlands. The combat is still very Borderlands, with guns firing aplenty, but there’s also a heavy focus on magic and new abilities. The environments and situations are also batshit crazy, just as they were in Tiny Tina’s Assault on Dragon Keep. Tiny Tina’s Wonderlands is releasing on PS5, PS4, Xbox Series X/S, Xbox One and PC on March 25, 2022.

Forspoken, originally titled Project Athia, has been shrouded in mystery for quite some time now, but we got our first decent look here. Surprisingly, the tone of the game is far more lighthearted and modern than we expected. Protagonist Frey is transported from her home in New York to the lands of Athia, where she bonds with a sentient bracelet that imbues her with powerful abilities. Forspoken is releasing on PS5 in Autumn of 2022.

Following on from its announcement a few days ago, we got a look at Alan Wake Remastered in all of its next-gen glory. With flashlight in hand, PlayStation players can finally jump into this game for the first time when it releases on PS5 and PS4 on October 5.

You know what to expect here, we got another look at the re-release of GTA V and GTA Online. New features, better visuals and fewer load times are heading to this unstoppable monster of a game when it launches on PS5 in March of 2022.

This new trailer for the supernatural action game shows off more of Ghostwire: Tokyo‘s first-person combat while providing a hint at the game’s story. We get a brief look at what seems to be the main, oni mask-wearing antagonist, who puts his arm straight through our player controlled fella. Rude. Ghostwire: Tokyo will release on PS5 in Autumn 2022.

Marvel’s Guardians of the Galaxy

Set in the Vampire: The Masquerade universe, Bloodhunt is a free-to-play battle royale that allows players to choose from a number of vampire factions before shooting, blasting and biting their way to victory. Bloodhunt is coming to PS5 in 2021.

With the number of trailers and deep dives that we’ve seen from Deathloop I feel like I’ve already played the game. This trailer retreads a lot of what we already know about the title while showing off some more gameplay. Deathloop releases on PS5 on September 14.

Not a game announcement, but an experience. Kid A Mnesia is a digital universe featuring artwork and audio to commemorate the release of Kid A and Amnesiac, two iconic Radiohead albums. This experience is set to hit in November.

Inspired by New Caledonia, Tchia is an open-world adventure game that will have you playing as a young girl who can possess animals and objects around a beautiful island. Tchia is coming to PS5 and PS5 in 2022.

Not the Naughty Dog announcement that many were hoping for I’d say. The Uncharted: Legacy of Thieves Collection contains remastered versions of Uncharted 4: A Thieves End and Uncharted: The Lost Legacy for PS5 and PC in early 2022.

Here. We. Go. The first of two big Marvel announcements was Marvel’s Wolverine. The short teaser trailer didn’t give much away, other than Logn is a badarse, but it does confirm that it’s in development by Insomniac Games, which, if Spider-Man is anything to go by, is very exciting news. No date or release window for this one, but it’ll be coming to PS5.

We got a fresh look at GT7 and it’s gorgeous. From the car models and weather effects to the lighting, the long-running racing series has never looked better. The three-minute trailer shows off plenty of racing, as well as the deep customisation options for car visuals. Gran Turismo 7 will be releasing on PS5 on March 4, 2022.

Insomniac are trying to kill me with excitement I swear. We got the reveal for Spider-Man 2, featuring both Peter Parker and Miles Morales. The trailer shows the pair laying the beatdown on some thugs before we get the money shot of none other than Venom stepping out of the shadows towards the Spider-Men. Pure excitement, I cannot wait. Spider-Man 2 will be coming to PS5 in 2023.

There was only one way to close off this showcase and it was with the world’s greatest dad, Kratos. We got to see way more than I was expecting here, with gameplay being shown off and everything. We saw an older Atreus, a very angry Freya and a rideable sled that was being pulled along by wolves. A decent number of story detail were discussed in this short trailer as well, but I won’t spoil the surprise, give it a watch for yourself.

And that’s that, the PlayStation Showacse 2021. There were some big reveals shown off here and there’s certainly a lot to be excited about.

What was your most hyped moment of the showcase? Were you expecting something to appear that didn’t? Let us know in the comments or on our social media.