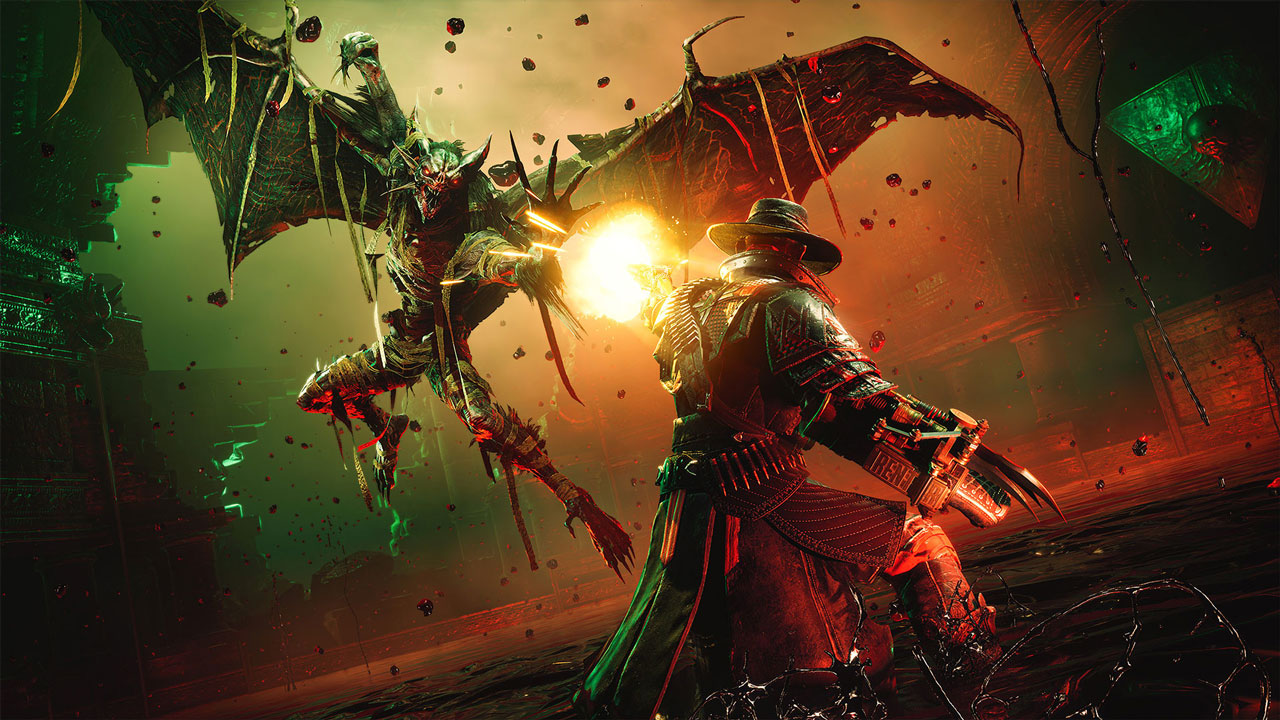 The trailer gives us our best look at the game yet, including its combat, which looks heavily inspired by titles such as Devil May Cry and DOOM. Hell, the melee combat has shades of God of War about it, which can only be a good thing. We also got a sneaky look at the weapon and skill upgrade systems, as well as the game’s narrative cinematics, which look great.

Evil West sees players take on the role of vampire hunter Jesse Rentier as he attempts to eliminate the vampire threat once and for all. Vampires aren’t the only creature that players will face, with other monsters out to stop Jesse. Luckily, Jesse has access to weaponry and supernatural abilities to come out on top. Best of all, if you feel like tackling Jesse’s mission with a mate, the game will support co-op.

If you’re a listener of the WellPlayed DLC podcast you’ll know that Evil West has been one of my most anticipated games ever since it was announced, and this trailer only makes the spurs on boots jingle harder.

Evil West will launch on September 20 on PS5, PS4, Xbox Series X|S, Xbox One and PC.

What do you make of Evil West’s latest gameplay showing? Let us know in the comments or on social media.