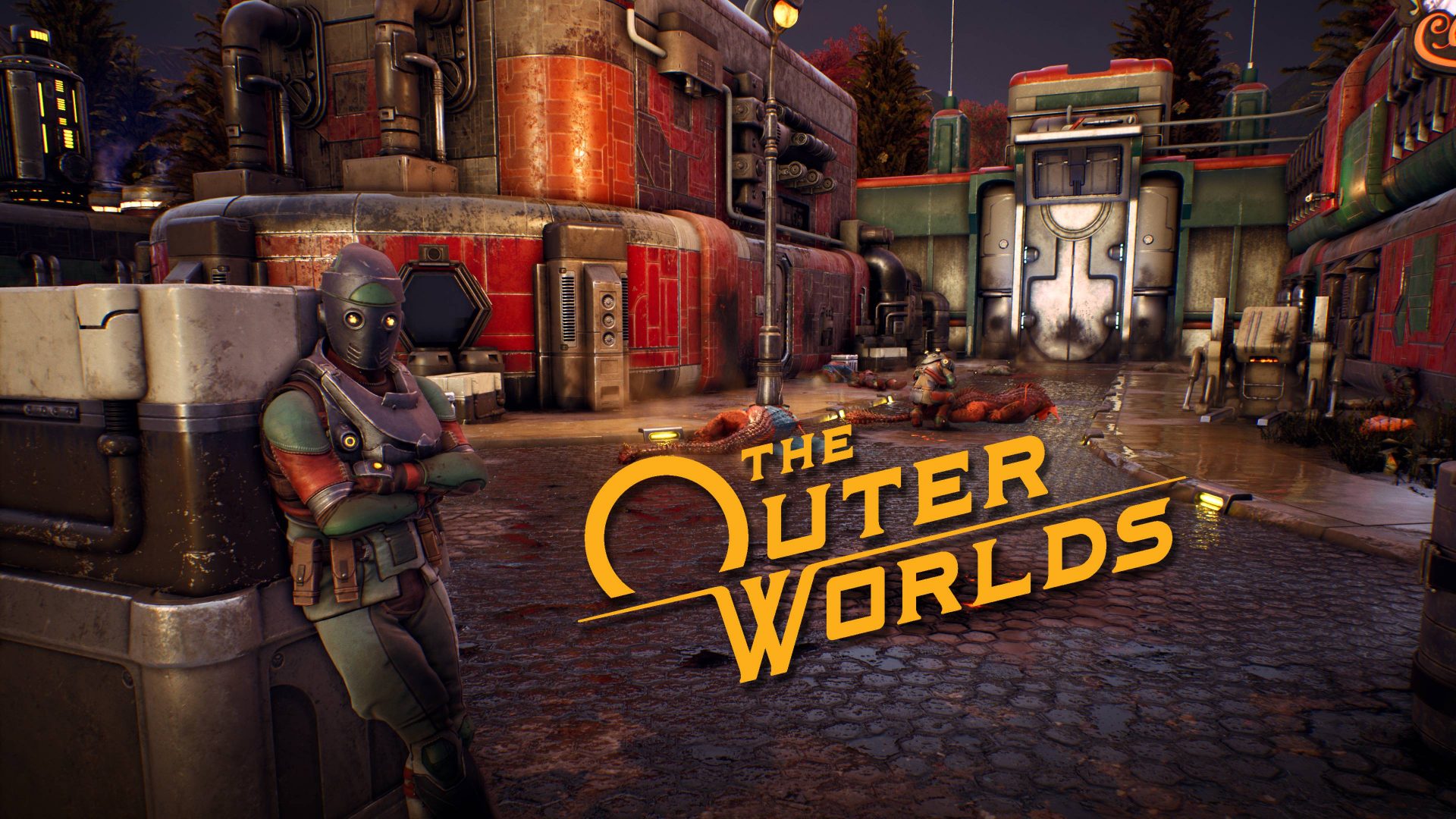 One of the biggest review mistakes that I have ever made had to do with my Fallout 4 review. I was admittedly consumed by hype for a game made by a team that made some of my favourite titles growing up. That hype led to me failing to see the immense flaws with the game, especially in the writing, the tedious busywork and the backwards step in the RPG mechanics which felt like a compromise for the improved gunplay. It’s not to say that Fallout 4 is exactly a bad game, it’s just that it is more deserving of a score of five or six out of ten, not the eight that I gave it. Obsidian were the original minds behind the Fallout series and they have a knack for creating interesting worlds rife with quirky characters, as shown with Fallout: New Vegas. The Outer Worlds is yet another one of these cases and, thanks to Koch Media, after spending a little time with it I can safely say it’s nice to be playing a good Fallout game.

After an introdcutory phase where I grew accustomed to the way the game handled I was thrust into a more advanced save file which was outfitted with skill points (which I’ll admit I forgot to apply until after a combat engagement or two) and more advanced weaponry and I was able to explore the world of Monarch at my leisure. Naturally, I didn’t head straight towards towns and settlements. Instead, I explored the environments, met some of the not-so-friendly inhabitants including some giant bugs (it’s weird writing about giant bugs in a game like this that are a legitimate feature and not a Bethesda “feature”), marauders and town inhabitants who objected to me stealing everything in their homes for some weird reason. I also got to experience the really cool atmosphere that The Outer Worlds presents to the player. To put it simply, the overall feeling that results from the sound design, visual design and music is something of a mix of Fallout and No Man’s Sky. That might seem weird on paper but in practice it’s actually pretty great and lends itself perfectly to the type of game that The Outer Worlds is. The calmer, more relaxing vibe that the background music conveyed most of the time was made all the more impactful when put in contrast to the frantic nature of the combat music. Both pieces of music were so different that they perfectly fit what they are being used for. The downtime in The Outer World’s gameplay is some of the best in any modern RPG. The aforementioned music really allows you to absorb the world and reminds me of some older games like Oblivion, where the inbetween moments are some of the most important parts of the game.

Now to paint the picture of The Outer Worlds as just “Fallout but good” would be doing it a massive disservice. It has more to offer than Fallout ever has, including different planets to visit. While I was only permitted to stay on Monarch, I did at least get to explore the ship which you use to visit the other planets that The Outer Worlds has to offer, Terra 2 and Tartarus (not related to the Brute Chieftain from Halo 2). This extra layer of exploration puts The Outer Worlds in its own league and I’m very keen to see what Obsidian’s interpretation of space has to offer as well as the other locales.

Visually speaking, The Outer Worlds is quite distinct. It employs an art style which is quite resemblant of something like Bioshock Infinite, where it’s steeped in realism but liberties are taken to communicate an almost cartoony vibe. Add to this is the very bright colour palette used for lighting which is best compared to No Man’s Sky and you have a unique set of visuals that set it apart from the rest, which allow for some of the more creative ideas for the worlds and their inhabitants to come into fruition and flourish without feeling out of place.

Another area where The Outer Worlds separates itself from the series it is generaly compared to is with its shooting mechanics. The Outer Worlds is an RPG first and a shooter second, but unlike other games of its ilk which are aggressively mediocre in the latter, The Outer Worlds really stands tall. The shooting is by no means as responsive as something like Titanfall 2 or Metro, but it also doesn’t need to be. The shooting still feels good enough to be fun and the other mechanics surrounding it mask its shortcomings. Tactical Time Dilation (TTD) is essentially The Outer Worlds’ form of VATS, but rather than doing the work for you the game just slows down time and lets you do the rest. So how else does it differ from VATS? TTD gives the player the freedom to aim wherever they like, whether it be a specific limb on one of the strange creatures that you are fighting or just at the head of a marauder. Every placement of a bullet or hit with a melee weapon during TTD has its own unique effect based on where it lands. For example, shooting a marauder in the head may not necessarily kill them but can at least leave them blinded for some amount of time, making them much easier to manage. It doesn’t really take long for you to get used to this mechanic BUT it is also very easy to completely miss it if you aren’t paying attention. After I grew accustomed to how TTD worked I found myself having an easier time tackling some of the more challenging enemies that my short session with The Outer Worlds threw at me, including a Mega Mantisqueen (it was not very nice).

Even with the better shooting mechanics available to the player, The Outer Worlds continues to vary the gameplay options available to the player by way of the companions. Companions and followers are nothing new to a game of this kind, in fact they’re a staple. But instead of them just being a mule, or fodder for the enemies or just something to help you kill shit in the world, you can actually coordinate effective strikes with them. The two companions I had in my session were using a laser rifle and a shock mace, respectively. The commands I could issue seemed impacted by their choice of weaponry. The companion using the laser rifle could unleash a flurry of strikes without any risk of being hit and the companion using the shock mace could stun the selected target with a heavy blow, allowing me to follow up with anything that could dispose of the enemy. The companions aren’t even solely meaningful to combat and gameplay, their chatter amongst each other is just another reason why the downtime in The Outer Worlds is so good. You get to learn about the characters you travel with and its a level of depth that is really nice to see in a genre that can be a little devoid of world connection like that.

I know that my time with The Outer Worlds barely scratched the surface and if Obsidian’s previous works like Fallout: New Vegas and Pillars of Eternity are anything to go by, we are really in for a treat come October 25, 2019, when it releases for the PlayStation 4, Xbox One and PC (via Epic). I am certainly looking forward to playing it and exploring everything the game has to offer. Bring on October 25th!