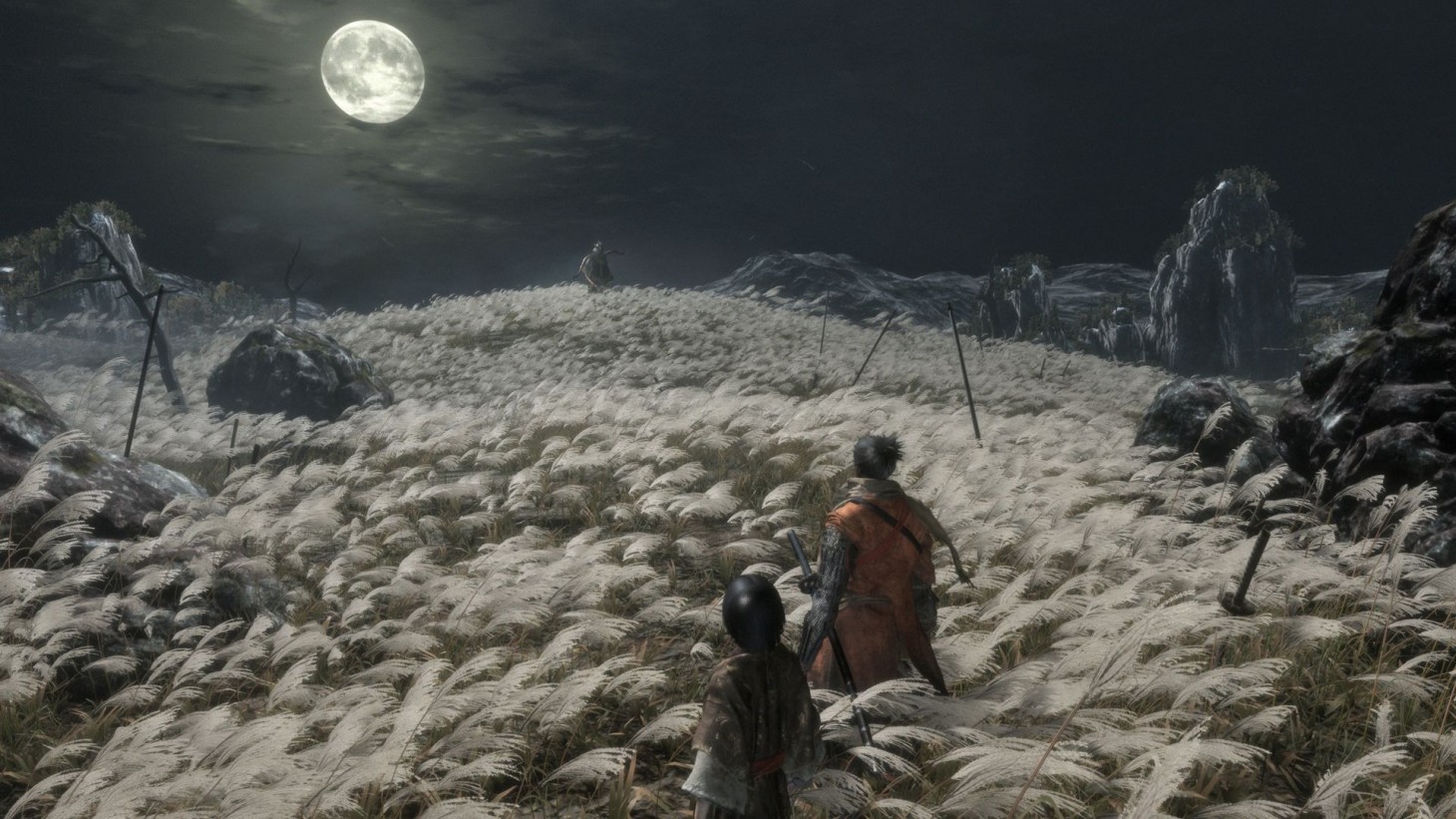 One of the more hot points of contention when discussing FromSoftware’s Soulsborne games is the way they approached storytelling. Sekiro: Shadows Die Twice’s world will be notably more colourful and brighter than the world of the Soulsborne games, which has allowed them to create environments with different atmosphere compared to the constant, unsettling atmosphere of something like Bloodborne. The Japanese developer really wants to convey the beauty that is the Sengoku Period of Japan.

It’s through art that a story can speak a thousand words without saying anything, like how in the Dark Souls III DLC, Ashes of Ariandel, the bell from the Bell Tower was cut down and buried amongst the Corvian Settlement as a ways of stopping any future unkindled from going inside the painted world and igniting the flame. Artists use their skills to give meaning and sense to otherwise foreign worlds. Now taking into account that Sekiro will be notably brighter than Dark Souls or Bloodborne, that doesn’t mean that the underlying store and lore will match the tone of the art. In tru FromSoftware fashion, the story is centred around contrast and how whilst there is beauty, there is also death. The choice of setting was also very intentional, to fit more into FromSoftware’s style.

Edo is more like Japan coming back from the brink, and really kind of revitalising itself, and everything’s a lot more early-modern [stuff]. Sengoku is much like Dark Souls and such, more medieval Japan, and allows us to play with those medieval concepts and those more mystical concepts.” – Yasuhiro Kitao, Marketing and Communications Manager at FromSoftware

FromSoftware are taking a similar page out of their own book from when they made Bloodborne, taking inspiration from Japanese history for Sekiro in terms of looking at the architecture and vegetation, but not as to include any historical locations or characters like Nioh did. According to Kitao, we should expect the usual wierdness that we normally get from a Miyazaki game.

FromSoft have also been allowed to tell a more linear story as Sekiro has seen the departure of its traditional RPG builds and progression.This is something that a lot of people got lost with when it came to the Soulsborne games, as they tell the story of their worlds, whereas most games focus on the story of a character or group of characters.

If you want to read into more detail about how FromSoft’s approach has changed, head on over to the GameInformer article.