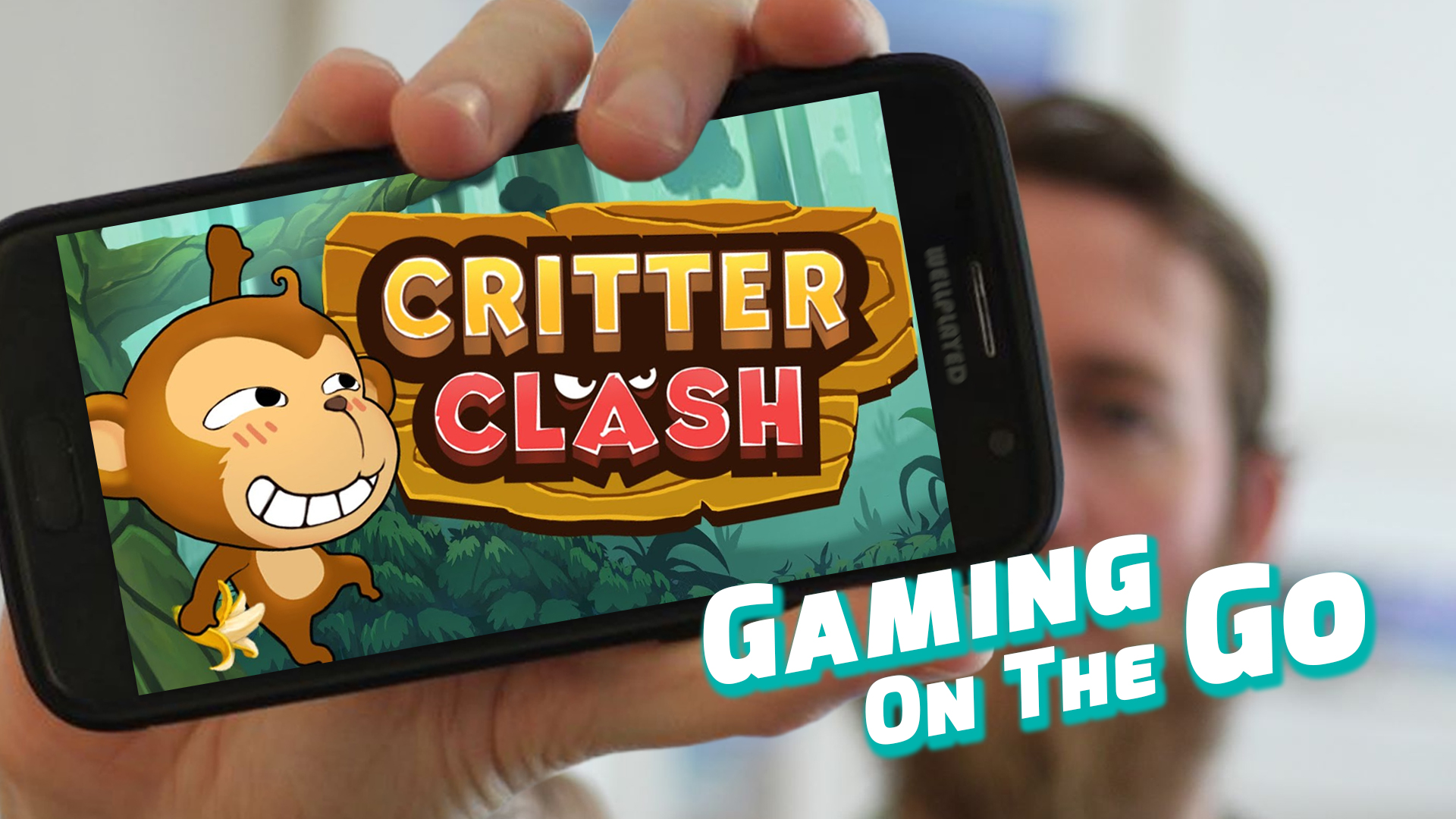 It seems every new game I pick up is much like the last in almost every way. These days, mobile gaming is a massive cash cow and developers are more concerned with making a quick buck than a game that stands up to scrutiny. There are however, some games which can make money but are still pretty fun to play. Enter Critter Clash: Slingshot Battle. A game by the Melbourne-based Lumi Interactive on Android/iOS that give players an opportunity to build a team of critters that hang from tree branches, that then kill other critters hanging from tree branches. A simple PvP game with PvE elements that offers hours of replayability. At the time of writing I have invested roughly 20 hours into the game at varying times and I’ve found it to be an excellent way to pass the time, but I suspect I may be at the limit of wanting to play. Still, 20 hours isn’t bad for a free mobile game.

The game mechanics are extremely simple to learn but tough to master. Select an animal, pull back to wind up and release their particular weapon. There are elephants with boomerangs, cats with darts and sloths with some sort of chomping mouth that eats branches. The aim is to defeat the opposing team of six before they beat you. Really simple, really fun. Outside of the game there are level-ups you can buy with diamonds or Fire Stones (the in-game currency), or with each win you get a chest of varying rarities to open. You also have achievements and tasks to do that will provide you with animals or branches needed to level up your team.

Connection with opponents is stable and matchmaking rarely takes long but it does appear that the majority of the people you face are bots. Either that or there is a disproportionate amount of stunningly attractive women with names like TallBoar73 or FatBat105. I’ve also only ever faced people apparently from Canada, the Republic of Ireland or Australia. This is by no means a deal breaker, but it does seem odd. When the game first launched there were issues with the friend system whereby requests would never be accepted and adding Facebook friends was all but impossible. The devs have since updated the game quite significantly and this is no longer an issue.

On updates, the development team has clearly worked hard in trying to finesse the game and have added a number of exciting modes and have fixed most of the early-release bugs that were present.

All in all, a good game to pass the time as you need to, and one that will give you at least a week of enjoyment. Get on it.

Critter Clash is available now on Google Play and the Apple App Store.