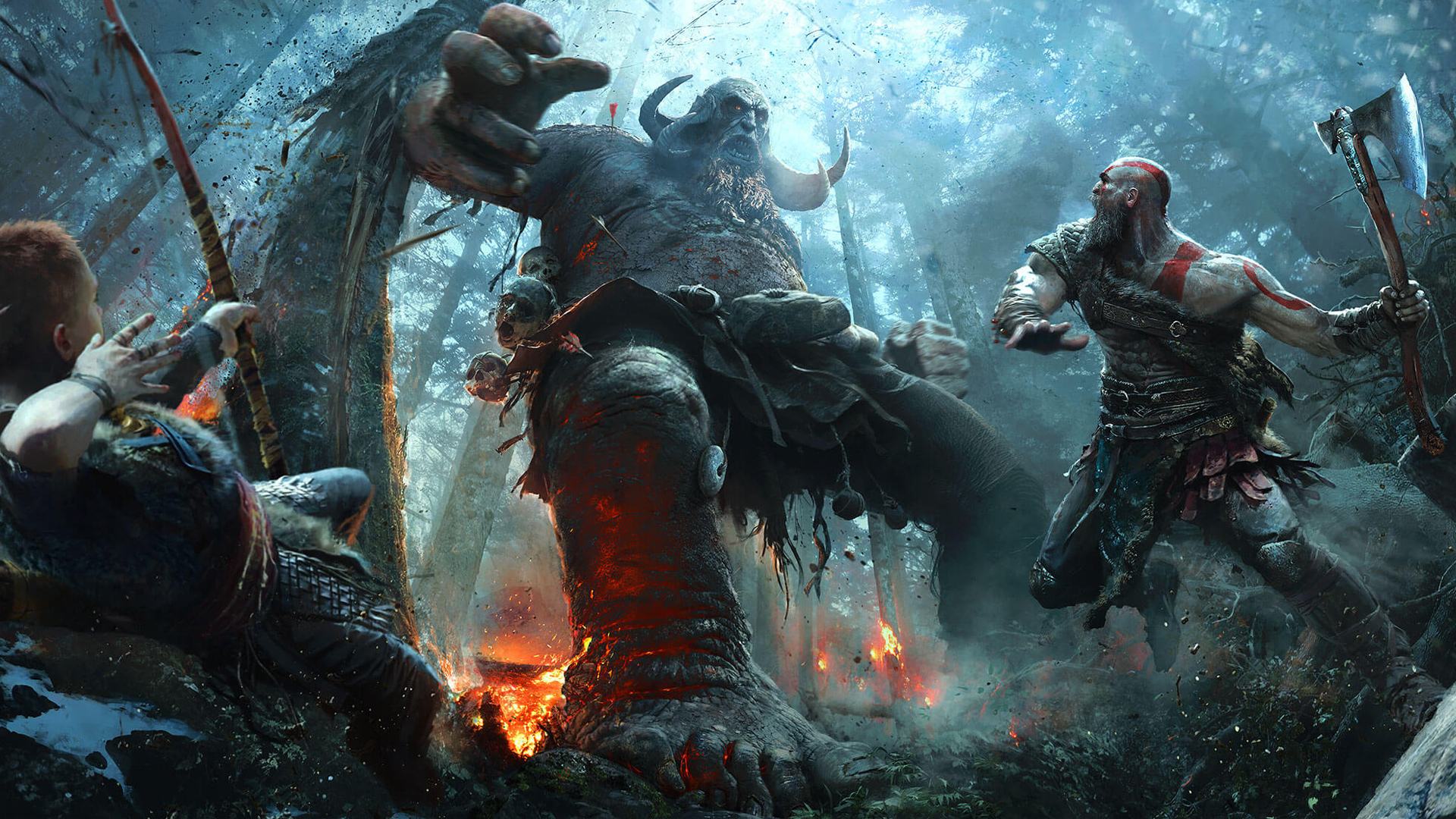 There are many aspects you can point to when trying to determine Sony’s secret sauce for dominating this generation of home consoles. Some might say it was their gamer-focused marketing campaign. Others might look to their key third-party deals such as Persona 5 or Destiny marketing deals. Others point to how it was able to trump its competition in size, power (prior the Xbox One X, of course) and price. However, there is an undeniable sense that Sony’s major first-party studios are an important factor in what keeps its fanbase loyal to the PlayStation ecosystem, and for a while this claim was really limited to just one studio in particular: Naughty Dog. It hasn’t been until recently that we can start to see that the success of the Uncharted developer did not happen by accident, and that there’s a certain formula to how Sony’s top-tier first-party developers earn their stripes.

Realising the importance of strong first-party studios, Sony is taking the same approach to the one they took in building Naughty Dog’s success and applying it to their other first-party studios. Guerrilla Games, who after years of developing the hit-and-miss FPS series Killzone, became the second developer to join the upper echelon thanks to last year’s exhilarating adventure Horizon Zero Dawn, which received industry-wide praise and nominations for several awards. Even the game’s technical ability was lauded with the legendary Hideo Kojima deciding to use their Decima engine for his upcoming title Death Stranding. Without a doubt Sony is one of the industry’s best (if not the best) architects of single-player experiences (publishing-wise), and in an effort to solidify that position, it seems that the upcoming God of War ‘reboot’ from Sony Santa Monica is harvesting from the same fruits as Naughty Dog and Guerrilla Games.

When Sony announced God of War at E3 2016 it was apparent that both Sony and Sony Santa Monica were aiming to create something bold and provocative whilst maintaining a benchmark of quality in terms of presentation, performance and narrative. While all three of the aforementioned studios indeed create different styles of games and went through their own trials and tribulations to get to this point, there are some very key similarities that almost develops a formula for Sony’s first-party studios going forward, and in 2018 God of War will be Sony Santa Monica’s magnum opus and ticket to the upper echelon of game development studios.

Everything shown so far looks colossal

In order to recognise a formula, it is important to go back in time and identify the first of these studios that got it right and how that has translated into the other studios work. Firstly, the crème da la crème, Naughty Dog. Naughty Dog is widely considered to be one of the best developers in the world. Its last four titles have received nominations for Game of the Year awards and they are yet to develop a full title that receives an aggregate score below 90 on Metacritic. Critical praise aside, their games are among some of the generations bestsellers, which is remarkable given that they’re single-player focused games exclusive to a single console.

The veteran developer hasn’t always been in this position though. Prior to the PS3 they developed a number of 3D platformers for Sony’s first two consoles, and while they do have their nostalgic-induced fanbase, they weren’t exactly masterpieces. I’m talking about Jak and Daxter and Crash Bandicoot, games that focused on colourful visuals, silly humour, platforming mechanics and level design. Both were solid games, but when people look back at what made these consoles so successful, they think of games like Grand Theft Auto, Metal Gear Solid, Tekken and Final Fantasy. However, a new console generation brought a more mature and less animated venture with Uncharted: Drake’s Fortune.

Described at the time as a passion project that the team members themselves pitched, it was a completely different setting, in a completely different genre with a focus on entirely different elements, such as high-fidelity visuals, immersive storytelling, cinematic set pieces and character development. Then came the much vaunted Uncharted 2: Among Thieves, which was showered with Game of the Year awards, as was its successor, Uncharted 3: Drake’s Deception. Their next franchise, the critically adored survival horror title The Last of Us showed further growth for the studio, with Naughty Dog and TLoU receiving praise for being something unexpected and brave. Then we had Uncharted 4: A Thief’s End, which combined the series’ iconic gameplay with the mature storytelling of TLoU. In fact, Naughty Dog has been on such a high that the rest of Sony’s studios felt like a step below in almost every aspect. That was until last year.

Naughty Dog were the first to embark into this Uncharted territory

Just like Naughty Dog and Guerrilla Games before them, Sony Santa Monica are taking a more direct focus on storytelling and character development

Guerrilla Games were the next developer to take their game to the next level (pun intended). Known for their gritty first-person shooter Killzone, Sony acquired the Dutch studio to fill a gap in the company’s portfolio at a time when the FPS genre was becoming increasingly popular, and no doubt to rival Microsoft’s juggernaut FPS IP Halo. While the game had fantastic presentational values, engaging combat and an intriguing premise, the gameplay was linear and the plot/characters lacked depth.

Guerrilla was anxious for a change as much as we were, and instead of sticking with what they knew they decided to do a complete 180 and create an open-world action RPG set in an exotic post-apocalyptic world with giant dinosaur robots and a focus on storytelling and character development. Just like Naughty Dog they opted for something completely different, something they were passionate about and showed that they had matured as a studio and weren’t a one-trick Thunderjaw. Putting genres aside, Horizon is a lot more ambitious, way more engaging and mesmerising in the same way that Uncharted and The Last of Us were for Naughty Dog.

Guerrilla were next on the Horizon, taking a rest from their Killzone series

That brings us to Sony Santa Monica, a team that has been through a few of its own growing pains since it released its largest production title, God of War: Ascension, back in 2013. After having a new IP cancelled last year and a bunch of mildly successful production agreements with independent developers, the once A-list studio has fallen down the pecking order. But now it’s their turn to tear the stage down, and what better renaissance than to do it with God of War.

Just like Naughty Dog and Guerrilla Games before them, Sony Santa Monica are taking a more direct focus on storytelling and character development. We can see the influences of TLoU and the relationship between Joel and Ellie, as well as HZD and how it centred its whole world around Aloy, and how that is being woven into the fabric of God of War’s themes, with the spotlight on Kratos and his relationship with his son Atreus.

It’s no secret that by the time God of War: Ascension released the series in its current formula was becoming a little stale. From what we’ve seen so far, the team at Sony Santa Monica have done a marvellous balancing act by keeping the fundamental pillars that made the series special, while reimagining the game’s settings, story and its mechanics. Even the game’s Community Strategist (who we spoke to recently, read the interview here) Aaron Kauffman said how the company did not take the core pillars away but managed to innovate them. You will still have the exotic locales, the intense combat and the colossal enemies, but other aspects such as the focus on exploration, emotional storytelling (even though most of us thought it was impossible to make Kratos a character with layers that people could relate to), side characters, world building and over-the-shoulder camera perspective are all meaningful and intentional changes to help the franchise grow in a way that makes sense and appeals to this generation of gamers. Whether or not these elements are executed well is anybody’s guess (but our recent hands-on left us incredibly impressed). From everything we’ve seen so far, the fact that there is the intention to give the series evolution is encouraging for both the series and game development in general.

We did not take away the core pillars that make up a God of War game which are the intensity of the combat, incredible creatures and monsters and that larger than life feel

Another similarity between Sony’s high-profile studios is the fact that they aren’t necessarily trying to reinvent the wheel when it comes to the gameplay. The Last of Us, Horizon Zero Dawn and certainly God of War aren’t trying to do anything particularly new. Instead, the studios are focusing on making good single-player story-driven games, which leads to very polished titles filled with soul. HZD has more heart, life and personality than all the Killzones combined. Similarly, the reveal trailer for God of War resonated with me more than any of the previous games ever did. Immediately, you can sense this invigorated confidence oozing from every aspect of the game shown thus far.

The attention to detail and the maturity in its presentation shows that God of War will be more than the sum of its parts. These games are labours of love and hearing Neil Druckmann talk about characters in The Last of Us or Hermen Hulst gushing about the world of Horizon just cements that notion. I have seen interviews where Cory Balrog (Santa Monica’s Creative Director) talks in a similar fashion. He really cares about this game and comparing certain moments in the game to his own relationship with his son makes me want to play the game to experience that aspect alone. Furthermore, it will also release in the early half of the year (which proved to be a successful period for The Last of Us, Uncharted 4 and HZD), landing it just under two years from when it was originally revealed. There is a clear formula that works here, and Sony Santa Monica is taking advantage of that.

There is no guarantee that God of War will be held in the same league as Naughty Dog’s and Guerrilla Game’s latest ventures but having read the signs and seeing the similarities between the studio’s strategies, it is a safe bet. God of War looks confident, engrossing and full of soul. Sony Santa Monica has been patiently waiting, grinding their axe and making sure that God of War lands its mark. They’re growing and it’s clear to see, using Kratos’ story as an allegory for the journey the development team went through. I am glad we are all invited to watch this coming of age tale, Sony Santa Monica just likes to be fashionably late.