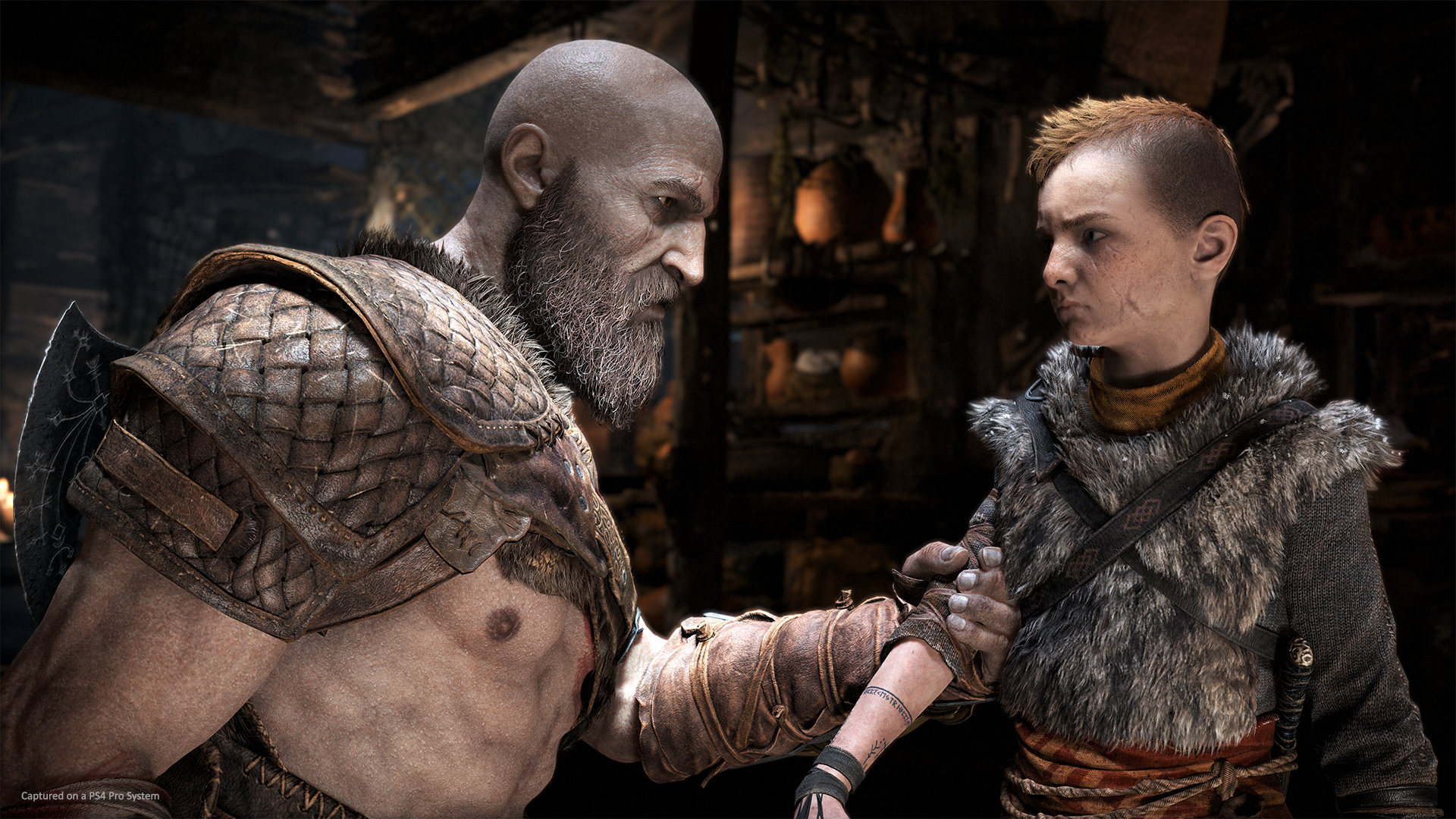 God of War is a franchise that I would consider to be synonymous with the PlayStation brand. People have been clamouring for a new game and ever since E3 2016 where the new God of War was announced, which left fans buzzing at the direction the new game was heading. Since then people have been anticipating the release of the Kratos’ next adventure, myself included, and the masses have been very quick to digest any news regarding this title as it really looks like a solid game. Thanks to the cool cats (not that there is such a thing as an uncool cat) at PlayStation Australia, I recently had the opportunity to preview the first couple hours of the game and a distinct shift in tone and style compared to the God of Wars of yore has me more than intrigued, and I can safely say that I am looking forward to the finished product. I was also given the awesome opportunity to interview one of the team members from Santa Monica Studio, Aaron Kauffman, who is the Senior Community Strategist and Marketing Producer, which I’ll be sharing with you in the near future. So let’s move onto the game.

Instantly the game feels different compared to its predecessors. There was a raw, mature tone that was made apparent right from the get-go. Everything from the intentionally shaky camera to the gritty nature of the art felt right. Starting off in some snowy woodlands amidst the mountains of an unnamed region, the game wasted no time with getting me acquainted with the two main characters: Kratos and his son Atreus. Kratos has no choice but to father Atreus as the boy’s mother has passed away (something which occurs before the game starts), but he also needs to take the ashes of his deceased wife to the peak of a nearby mountain (normal deceased wife stuff). Naturally this isn’t an easy journey and the game focuses on the development of the two main characters as they come to terms with one another. Kratos seeks to show his more human side, instead of just being a hateful and vengeful behemoth of abs and biceps. Atreus seeks to prove himself to his (seemingly) impossible to please father, despite the fact that he’s been absent most of the time.

It isn’t hard to see that there’ll be a focus on the development of father and son, and I can imagine that with the quality of the writing already on show in the small snippet I played that it’s a relationship that will have a genuine emotional weight (aspiring to the likes of Joel and Ellie in The Last of Us). I’m looking forward to seeing how this bond develops and how it weaves into the narrative. In mentioning the narrative, it should be noted that you do not have to have played the previous games to understand what is going on in this game as the story stands alone (but of course it helps).

One of the biggest questions in the back of the minds of God of War veterans is whether the gameplay is good. It’s clear that Santa Monica are messing with their own tried-and-true formula with this new iteration, with the difference between God of War: Ascension and the latest offering being night and day. The easiest comparison that I can make for this game is with Hellblade: Senua’s Sacrifice. The over-the-shoulder camera, slower and more precise movements and the way the gameplay is redesigned allows for the game to become a more intimate experience as it is a lot easier to see the world how Kratos sees it. In terms of combat, you have your basic block, light/heavy attacks, rage and dodge. Where the game tries to vary itself is with being able to use Atreus to shoot and distract enemies with his bow and also allowing you to throw your axe into enemies. That last mechanic is something that is used both in combat and with the puzzle solving. The small puzzles that I encountered during my time playing seemed fairly well designed but weren’t overly complex. There’s a bit of lack of variety in the puzzle solving though I’m hoping that they’ll switch things up later in the game. I’ve no doubt that as the two main characters become more connected that more gameplay avenues and mechanics are opened up to the player and this will extend to the puzzles. One the more notable examples of the puzzles using the axe throwing mechanic is where you have to freeze a gate mechanism with the axe, walk past the open part of the gate and recall your axe which frees the mechanism and allows the other side of the gate to open.

Visually, the game is impressive. Boasting 4K HDR visuals whilst doing a decent job of maintaining 30 frames per second. There were some odd hiccups here and there (the game was still in development at the time) but it’s clear that a lot of effort has gone into making the action smooth. The detail put into the textures is incredible, with a photorealistic feel that’ll have your significant other asking what movie you’re watching. Most of the cutscenes are rendered in-game which is great as it stops those scripted moments from breaking immersion. The snow effects are gorgeous, with Kratos’ and Atreus’ character models featuring an incredible level of detail. Lighting is also very good (the fire for instance looks fantastic), it’s an all-round great looking game.

In terms of level design, Santa Monica Studios are touting it as ‘wide linear’. What they mean by this is that there are supposed to be various avenues for you to approach progression, but all that I found was that there were various avenues to explore that give neat rewards but they don’t actually progress you in the story. I explored outwards as much as possible, but I was generally shuffled down a linear path. This may be something that opens up more the further you get through the game.

God of War also features a pseudo-levelling system, where over the course of the game you will earn XP, but instead of meeting thresholds to increase a number that displays how strong you are, you accumulate the XP and spend it on various skills and perks. The only perk I managed to get added a few moves to the light attack move set, but it’s safe to say that this will be fairly expansive. You also meet a merchant early on in the game from whom you can purchase gear of various sorts and upgrade currently equipped gear, increasing stats like attack and defence. To add to this, you get various rune-like items that add effects to your weapons and/or armour. The rune that I equipped made it so if I held a block and then used a light attack I would create a burst of ice energy. Hopefully this system allows various gameplay strategies to form and give some depth to the moment-to-moment hacking and slashing.

All-in-all, God of War looks to be another Sony heavy hitter. While they’re taking risks in messing with the God of War formula, all indications are that this will be a welcome reinvigoration of the brand. Gods be willing we will have our hands on Kratos’ latest foray April 20th. All aboard the hype train.