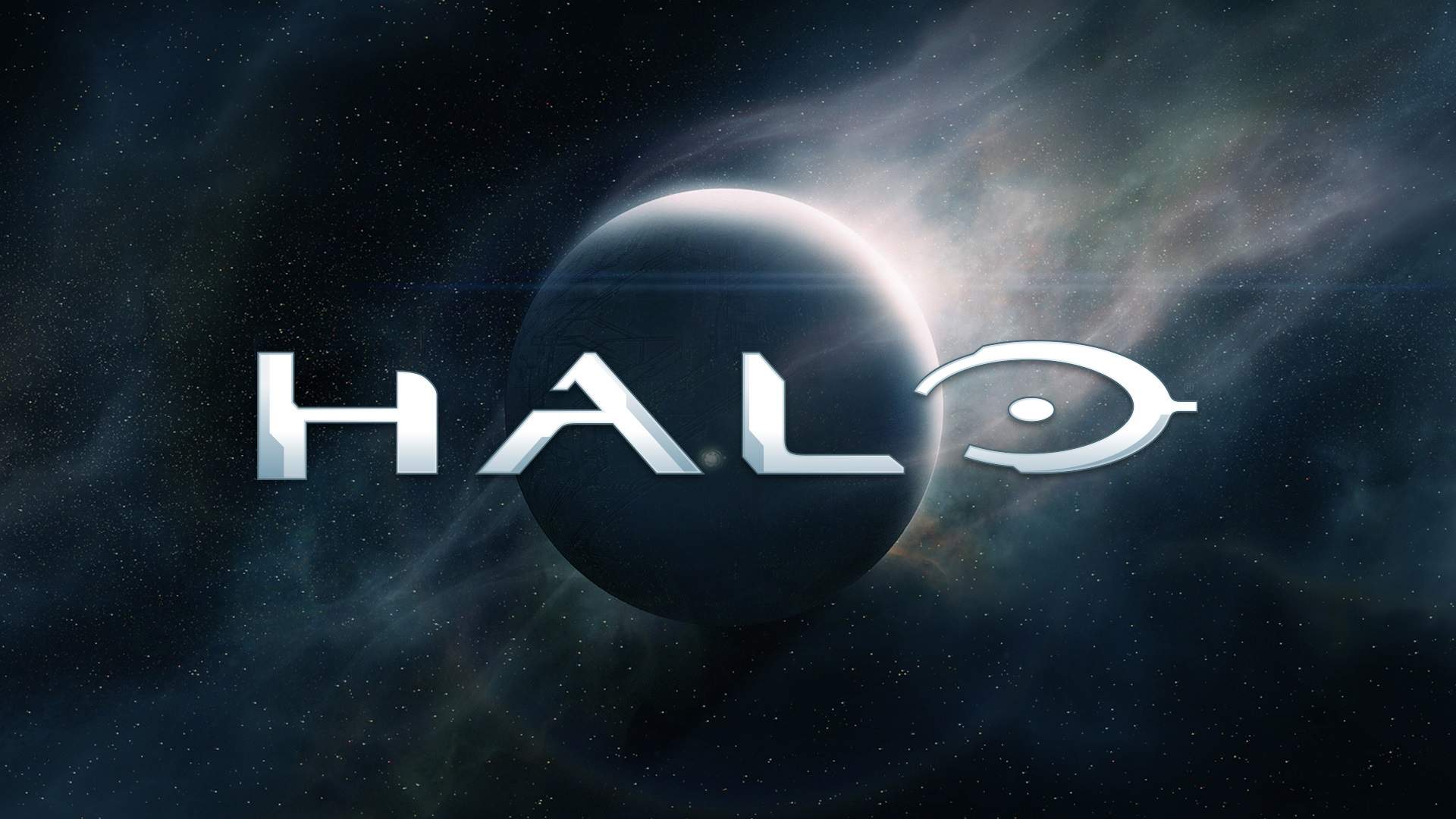 It’s been a long time coming. Years of April Fools prank videos and cancelled productions later, the big green garbage bin finally gets his full-blown series, with Pablo Schreiber assuming the role of cloned super-soldier John-117. There are some bold and controversial choices in this adaptation, and the first two episodes of Halo season one, Contact and Unbound, set it up for a Lone Wolf and Cub adventure by way of The Mandalorian.

Let’s start by addressing the elephant in the room — this is not the Halo you’ve grown up with or, like me, casually enjoyed from a distance. This is a gritty, gory sci-fi drama that begins by following the resistance colony on Madrigal, living in the tyrannical shadow of the UNSC. The lead, Master Chief, plays second fiddle in “Contact” to the political power players manoeuvring the genetically enhanced Spartan soldiers for their own imperial gain.

Patience is rewarded with fan service, wasting no time before we meet the Chief and his Silver Squad duking it out against a Covenant cell on the hunt for their sacred alien artifacts. Fan service is the substance from which this adaptation draws from its source video games. The costumes and props all look bang on, with sound effects and visuals to match. The more kinetic action sequences show the television budget of the production though, as those 7″ Spartans try their darndest to somersault and dash about but are betrayed by the imposing immobility and bulk of the suits. The evil aliens, the Covenant, fare a little worse with their heavily CGI models at times looking cartoonish against the more grounded settings. While heavy on explosions and blasted limbs to really sell this as a ‘blockbuster’ series, the cheap-looking sets don’t quite create a stage that captures the dramatic, gravity-defying combat that the games’ skirmishes are famous for.

Nevertheless, the uninitiated will be immediately on board with the status quo of the Covenant being lethal and tactical operators, while Spartans need only seconds of screen time to assert their dominance as unstoppable war machines.

The series begins early enough in the Halo timeline that Reach is still operating and the UNSC is a borderline fascist superpower in their prime. The drama at the heart of the premiere centres on Kwan Ha, the sole survivor of a Covenant attack on her community in Madrigal.

Despite the recognisable Halo characters and iconography, it is quickly apparent that these Spartan suits are just rentals. No sooner does the bloodletting cease that the show and its characters are eager to shed the set dressing and oversized armour to pivot to a character drama that could have been an entirely different, original series without the Halo license.

An olive branch to long-time Halo fans is the effective character portrayal of Master Chief’s surrogate mother figure, Dr Catherine Halsey. Natascha McElhone’s Halsey evokes the same pragmatic yet protective demeanour as her counterpart in the games, and she’s set up as a relatable face to the Halo universe that the series needs. She is the conduit to how these otherwise subservient Spartan soldiers grapple with their subdued humanity and the political machinations of the space opera playing out. Master Chief and his Silver Squad posse are initially introduced as a bunch of paper-thin GI Joes with Halsey tying their action sequences to a political landscape that reeks of overzealous colonisation in the face of an alien threat.

Kwan Ha and John’s journey becomes the focal lens of Unbound, the second episode that follows these two in exploring John’s convictions and the implications of an ancient alien artifact that has John straying from command.

The showrunners see fit to put an ethically frazzled and sensitive Master Chief front and centre and relegate Halsey to the ongoing (and unclear) political plot and looming mystery that doesn’t yet establish stakes beyond teasing an arms race for the titular Halo superweapon. For a series that relies on Master Chief being the leading man, the second episode seeks to give us John-117 as we’ve never seen him before. The upside to this is that John’s character and humanity are teased by reuniting with his charismatic old comrade Soren-066, with an episode-stealing performance by Bokeem Woodbine. The downside is some awkward and padded flashback sequences to a scrawny young John playing the obedient boy scout, juxtaposed with the Master Chief’s revolt from the UNSC command to pursue his own barely justifiable side story with the teenage Kwan Ha.

The costumes and props all look bang on, with sound effects and visuals to match

Worse is the lack of any bristling or impactful score from a series with such a notable hum. The opening teases viewers with the iconic tune that opens the Halo theme, only to take a sharp left turn into an unidentifiable generic sci-fi opener that feels like a missed opportunity.

Schreiber has the task of pushing against a couple of decades worth of character expectations behind the mask. Yet though we’ve never previously glimpsed under the helmet in a meaningful way before, Halo looks set to create stories and flashbacks to flesh out the human in the suit. Schreiber sounds the part, and all the kitted-out Spartans and aliens look appropriate outside of the action. When the battle rifles do light up, there is no shortage of visceral, at times even confronting, action. With a cynical political subplot about the implications of a far future’s military-industrial complex in the first episode, the second episode dutifully conducts an effective if familiar lone wolf and cub story where John is developed as a reflection of the vulnerable and hopeful humans around him. This focus on character development makes for a nice weekly snack, but the fans are going to be disappointed by the otherwise meandering hour-long episodes without clearer stakes where the Halo and looming Covenant war are concerned.

Halo’s first season debut wears its video game veneer with confidence. The scale suffers from emphasising its decent character drama at the cost of establishing a core plot hook, and it rests in the shadow of greater modern sci-fi television such as Battlestar Galactica and The Expanse. While its starting mark is early enough in the Halo timeline to tease a rich future, it is not yet interested in trying to bottle the lightning that is the grand cosmic adventure of its source material. 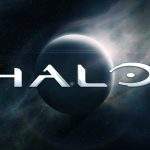 Halo Season One Premiere Review
Mask on. Fuck it, mask off
Make no mistake, Halo’s first season kicks off with enough bold choices to justify its existence in the canon. A slow start and an identity crisis stop it from standing out in the prestige sci-fi landscape.
The Good
Costumes and fan-service visually appeals
Popular Halo side characters carry the plot
McElhone's Dr. Halsey and Woodbine's Soren have scene stealing charisma
The Bad
CGI buckles during action sequences
Derivative space opera lacks identity
Too many subplots without clear stakes
6.5
Has A Crack

Halo Season One Premiere Review
Mask on. Fuck it, mask off
Make no mistake, Halo’s first season kicks off with enough bold choices to justify its existence in the canon. A slow start and an identity crisis stop it from standing out in the prestige sci-fi landscape.
The Good
Costumes and fan-service visually appeals
Popular Halo side characters carry the plot
McElhone's Dr. Halsey and Woodbine's Soren have scene stealing charisma
The Bad
CGI buckles during action sequences
Derivative space opera lacks identity
Too many subplots without clear stakes
6.5
Has A Crack
In this article:343 Industries, Halo, master chief, Microsoft, Nathan Hennessy, paramount, steven spielberg, viacom