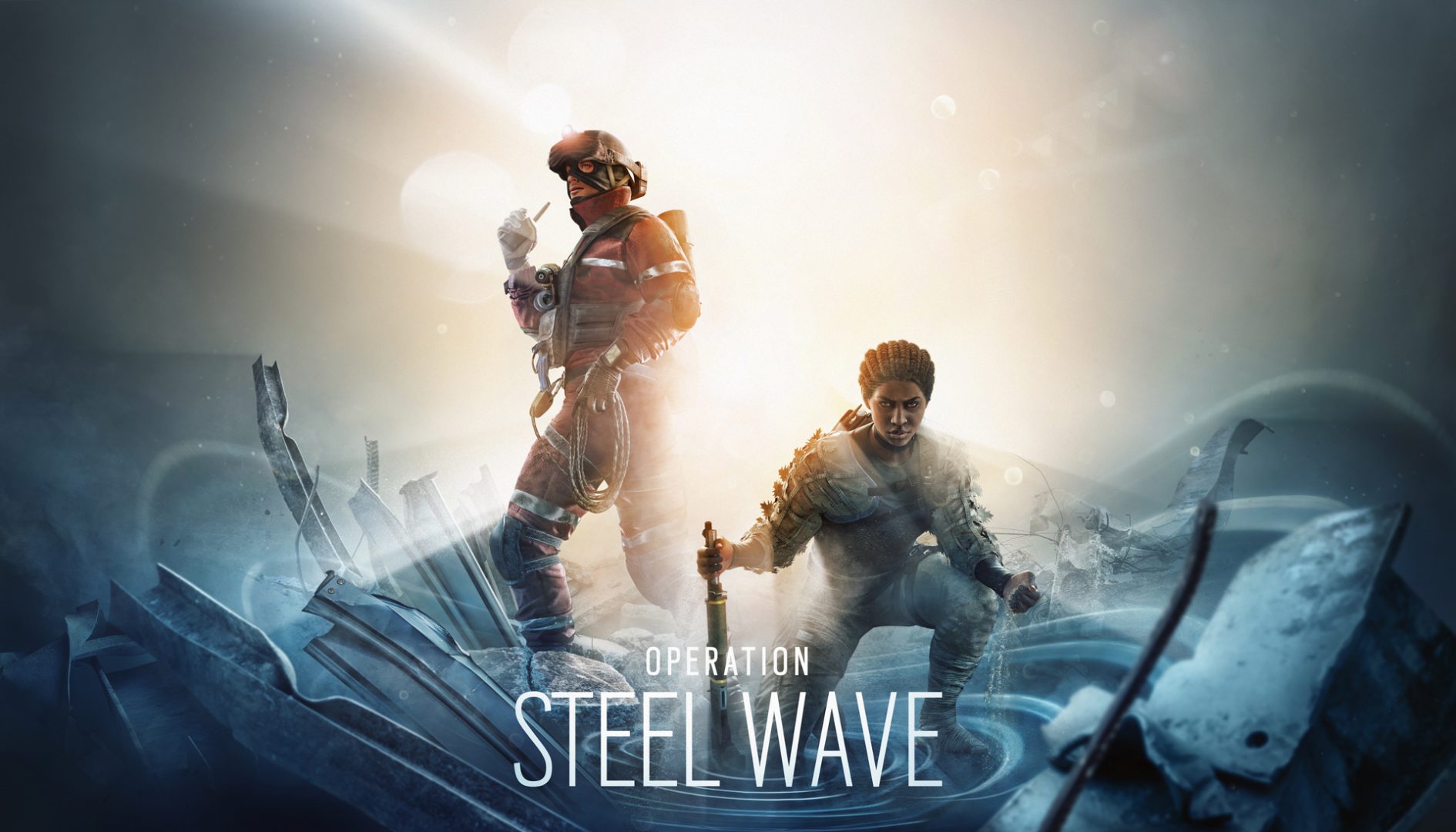 It’s both amazing and easy to see why Rainbow 6 Siege can stay relevant for half a decade. Not many games get to keep a thriving community for five years – even more so for shooters where it feels like the next HOT NEW THING is right around the corner. But for the developers at Ubisoft Montreal, a mixture of pure passion and inspired creativity keeps the blood flowing in their tactical shooter beast.

I played Siege when it first released, and was floored by how it managed to serve up such a unique FPS experience – I couldn’t imagine how it could be improved. But over the years we have seen all manner of new gadgets, operators and maps fleshing out the game in new and exciting ways. So to have the opportunity to come and preview what comes next was super exciting – especially considering some of the people I’d be playing both WITH and AGAINST would be markedly better than I was. Hoo-boy, I have never been more excited to eat shit.

Our hosts took us through a presentation of what awaits players as part of Operation: Steel Wave. I had done my research to catch up on what had changed in Siege recently, but I still had a tinge of nervousness that I might be too far out of touch. Instead I was stoked to see that alongside every mechanical explanation, there was a tasty dose of proper character narrative – both for the new operators and the new n’ improved ‘House’ map. Melusi, the new defender operator, hails from South Africa and has a background in preventing poaching operations. She comes equipped with a gadget known as the ‘Banshee Device’ – a bulletproof pyramid that mounts on walls to emit an aura that causes an attacker’s screen to shake, their ears to hum and to have their movement speed slowed. Sporting a hefty range, the banshee aura can create some interesting killbox situations for the defending team.

Coming to the aid of the attacking operators we have the hotshot rescue-bot, Ace. Ace is a Norwegian Home Guard hero, known for his daring rescues and social media presence – his in-game artwork even shows him taking a rad selfie while winching someone to safety. As an attacker, Ace has a fun ranged toy to hard-breach through surfaces known as the S.E.L.M.A. In my time playing with the Ubisoft gang, I actually referred to it as ‘the nibble’ several times, because it works by being thrown on a surface – where it then deploys and starts to ‘nibble’ it’s way through the surface. If left to its own devices it will eventually make a hole big enough for a player to pass through – but even if interrupted it will provide a big enough gap to gain a bullet-friendly sightline to your hidden defenders.

There is also a super neat new secondary piece of equipment – the Proximity Sensor, which will beep when someone is close to it. A nice warning for your unprotected rear if ever I saw one – and particularly fun when combo’d with the Banshee device, meaning I got an early warning to someone approaching me and got to encounter them in the middle of the Banshee’s slow. For a BRIEF moment, I almost felt competent at Siege.

The other neato thing being dropped with the Steel Wave content release is that the staple map ‘House’ has had a makeover. In-universe, the map was always in the middle of a renovation, with unfinished rooms and scaffolding elements. In the remake, the renovations have been completed and additional areas to the house have been added and souped up – it’s a laugh that it took the builders half a decade to finish the work, but man it looks good now. It’s a shame that our preview event gameplay saw us tearing the place apart with thermite charges and bullet holes galore.

Not pictured on the winning team: Me

It’s a risky move updating what is considered to be an iconic map for the game, but the way it has been done feels more like a remix of the level. None of the interesting areas have been compromised, and instead there has been an additional level of flow added to the areas that needed better access for players. The additional verticality was a lot of fun (as in, I enjoyed watching the more accomplished players make great use of it, while I was busy being, well, dead). I am even envious of the new ‘Pink Room’, a colossal little girl’s room that I can’t help but feel is bigger than my IRL lounge room. Rich people, am I right?

Operation: Steel Wave is every bit as amazing as any other past content release for the Rainbow 6 team. The creativity at work is pure genius and it’s no wonder the game is as popular as it ever has been – the new gameplay elements that come with each operator work beautifully within its unique ecosystem of moment-to-moment gameplay. Where many titles that incorporate this kind of release system would eventually feel bloated, it’s hats off to the lads (and ladies) working on Siege, who manage to somehow balance balls-out amazing new gameplay mechanics with a reserved interest in keeping the game on the level. Well done you magnificent bastards.