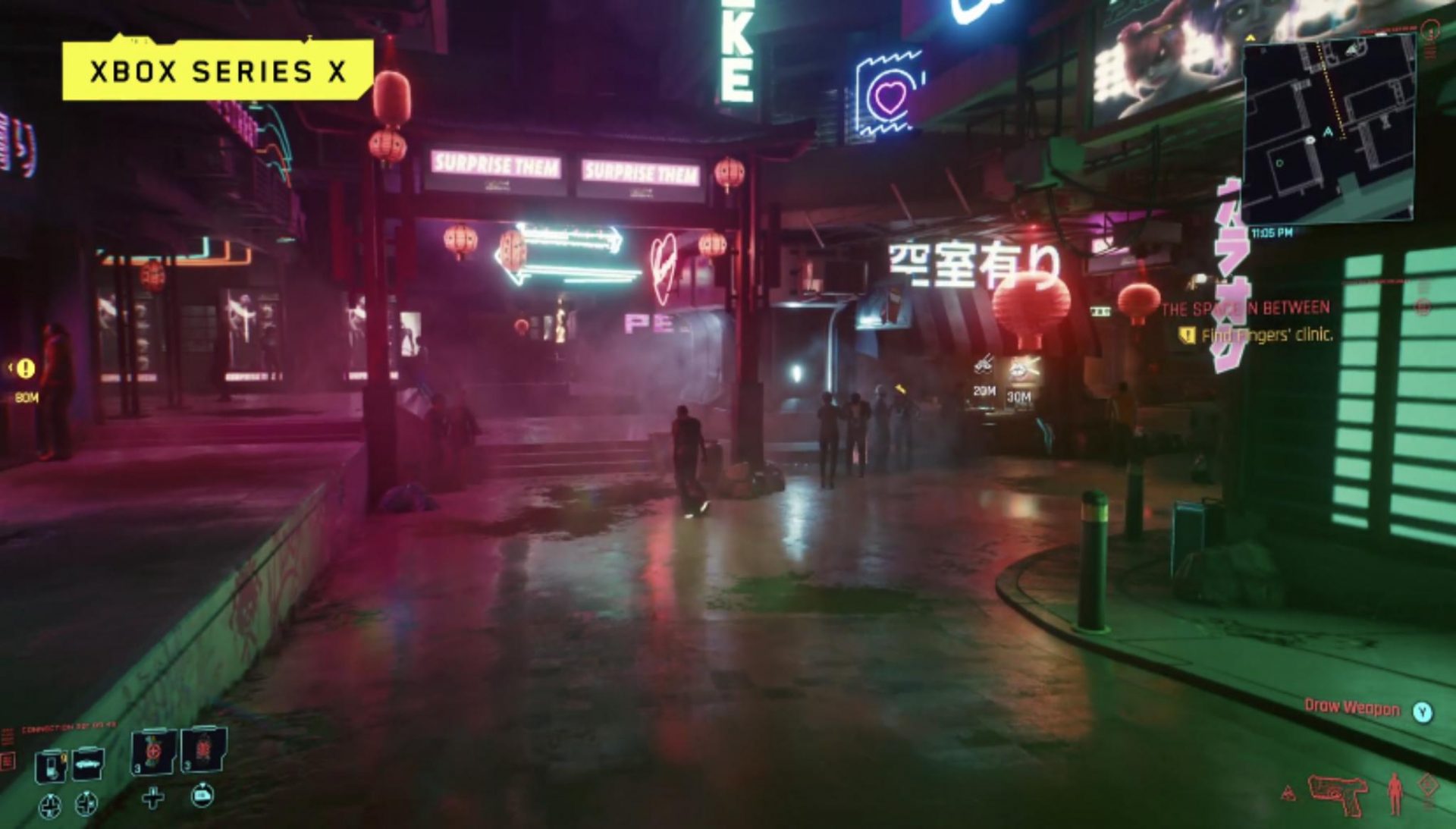 Now that we’re inching closer to the release date of Cyberpunk 2077 (and much further away from its original release date), it looks like developer CD Projekt Red is finally ready to start showing the world what the game looks like running on both the previous and current generations of consoles.

In a new Night City Wire Special, over ten minutes of footage is shown running across the Xbox One X and Xbox Series X (no PlayStation footage, sorry). The video comprises of a series of scenes from different moments of gameplay from a mission named Automatic Love, and takes main character V through a variety of location types as well as into a bit of combat.

Running on the Xbox One X the game definitely seems a little shakey by comparison, mostly in the more open areas like the streets of Night City, and it’s somewhat telling that the video tends to focus those bits more on the Series X. Footage captured on the base model Xbox One, where the word around town suggests the game’s development troubles are stemming from (along with base PS4) is also conspicuously absent.

Check out the footage below and let us know what you think: