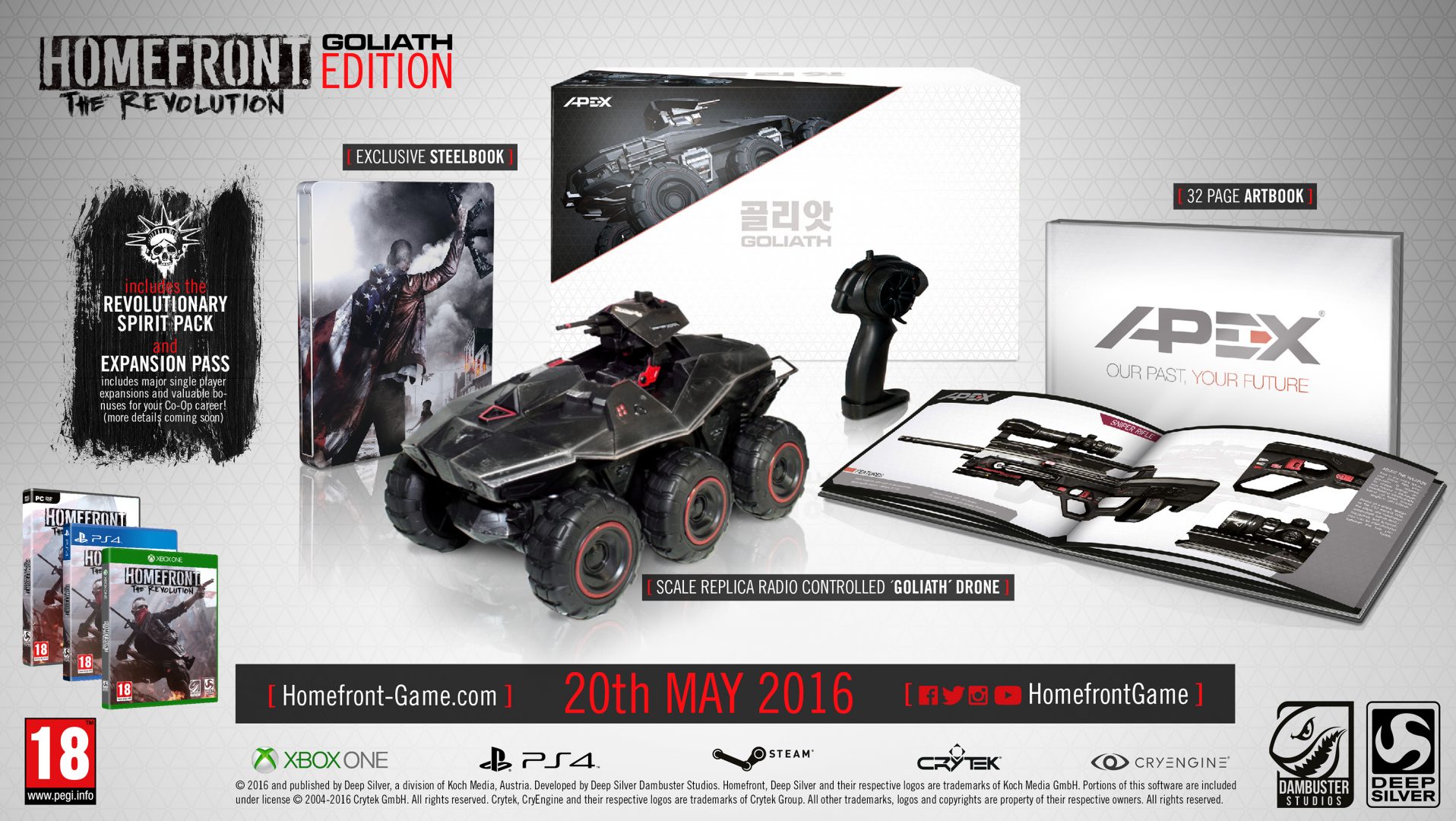 Even after its tumultuous closed beta, Homefront: The Revolution’s publisher and developer (Deep Silver and Dambuster Studios) are not taking their foot off the pre-launch promotion pedal.

Last week it was announced that the game would be receiving an expansion pass:

Not only that, but the title will be receiving its very own collector’s edition, known as the Goliath Edition. This edition will include a radio controlled  scale replica ‘Goliath’ Drone, with working lights and six-wheel suspension. The Apex-manufactured Goliath is one of the most fearsome weapons in the KPA’s Counter-Insurgency arsenal. Other treats in the Goliath Edition are:

And as stated previously, the game’s multiplayer mode, Resistance Mode, will have continued free support for twelve months:

All post release content for Homefront’s co-operative Resistance Mode including new Missions, challenges, features and additional items and equipment will be delivered FREE as part of Dambuster Studios’ commitment to supporting this mode for 12 months.

Homefront: The Revolution will release in Australia on May 20th.