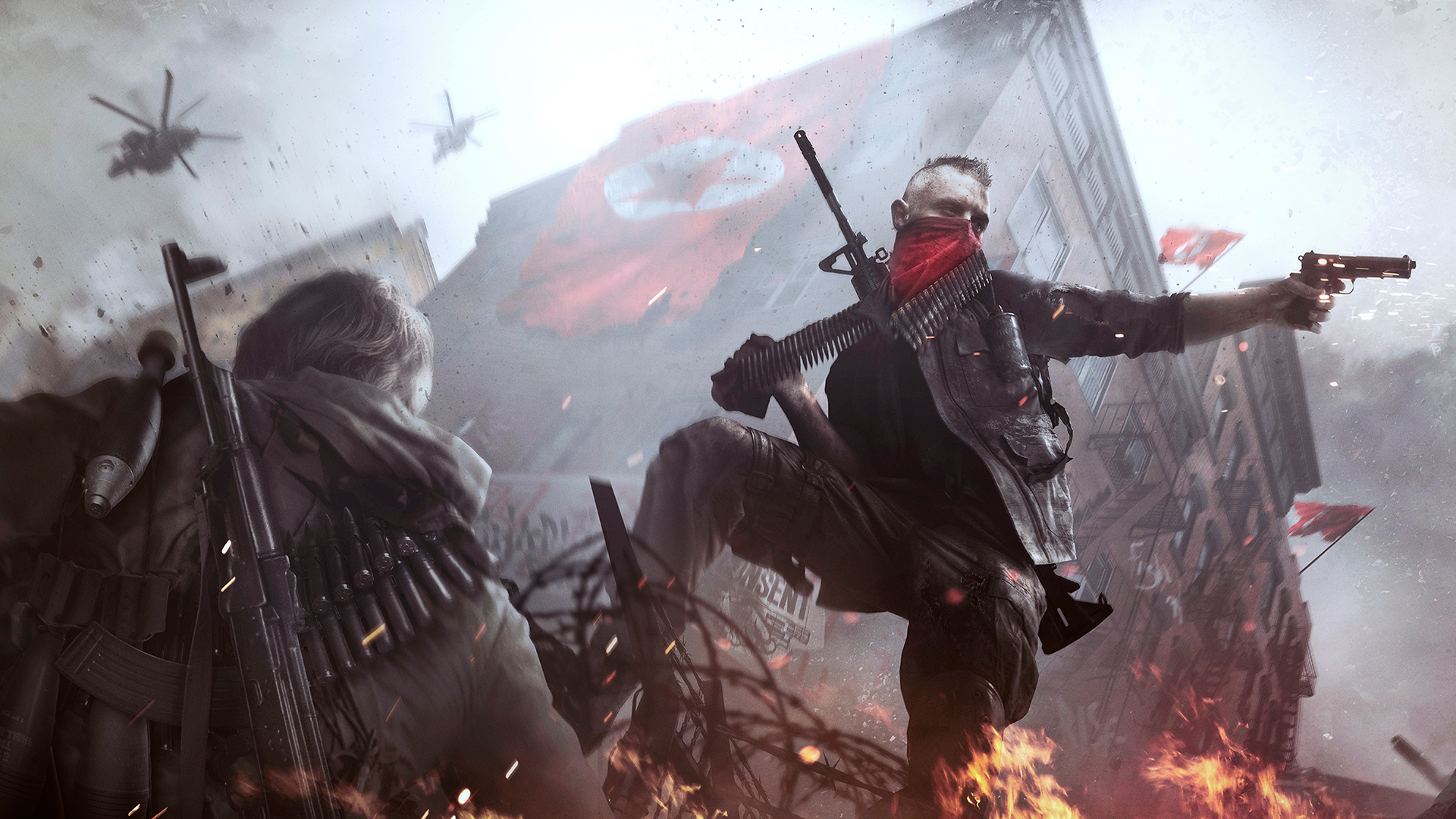 Hot off the heels of announcing the release date for Dambuster Studio’s Homefront: The Revolution, publisher Deep Silver have now revealed the dates and details for the game’s closed betas, as well as what tasty treats you’ll receive if you pre-order the urban open world game. Deep Silver also gave a rundown on the game’s Resistance Mode:

Form a Resistance Cell with your friends online, and wage guerrilla warfare against the military might of the KPA in thrilling narrative-driven Missions across occupied Philadelphia.

Unlock new skills, earn weapon blueprints, rare equipment and combat gear to upgrade and customise your personal roster of Freedom Fighters, as you and your teammates go from rookie civilians to battle hardened soldiers.

“Homefront: The Revolution is this team’s most ambitious project yet” said Hasit Zala, Game Director at Dambuster Studios.

“In addition to our epic 30+ hour single-player campaign, we expect to launch Resistance Mode with twelve Missions, packed with re-playability, and hope to release another twenty Missions within the first year.  And to ensure our community can always play together, all Resistance Mode Missions will be free to download.”

Yes you read that right – twenty free DLC missions. What is this madness?!

The game’s first closed beta will be a server stress test and will run from Friday the 29th of January until Friday the 5th of February. Those that have registered for the official closed beta may be lucky enough to participate, so keeping checking your inbox for the golden ticket.

Homefront’s official closed beta will run from Thursday the 11th of February until Sunday the 14th of February. In the closed beta you will get a hands-on look at the game’s Resistance Mode. Just a reminder that the closed beta is Xbox One Exclusive. The best way to gain entry into the beta is to register at the Homefront community, which you can do here.

The game, much like every other game these days will have its own flavour of pre-order goodies. This will be in the form of the Revolutionary Spirit pack, which will include:

:: The Golden skin for your pistol for campaign

:: Instant unlocks of the Marksman Rifle, Sniper Scope and Remote Explosives for your Resistance Mode character

Lastly, Deep Silver have also released a new trailer, entitled “Freedom Fighters”. Check it out below:

Homefront: The Revolution is scheduled for release on  20th May 2016 in Australia and New Zealand on Xbox One, PlayStation 4 and Windows PC.

Native Mac and Linux versions are also in development.