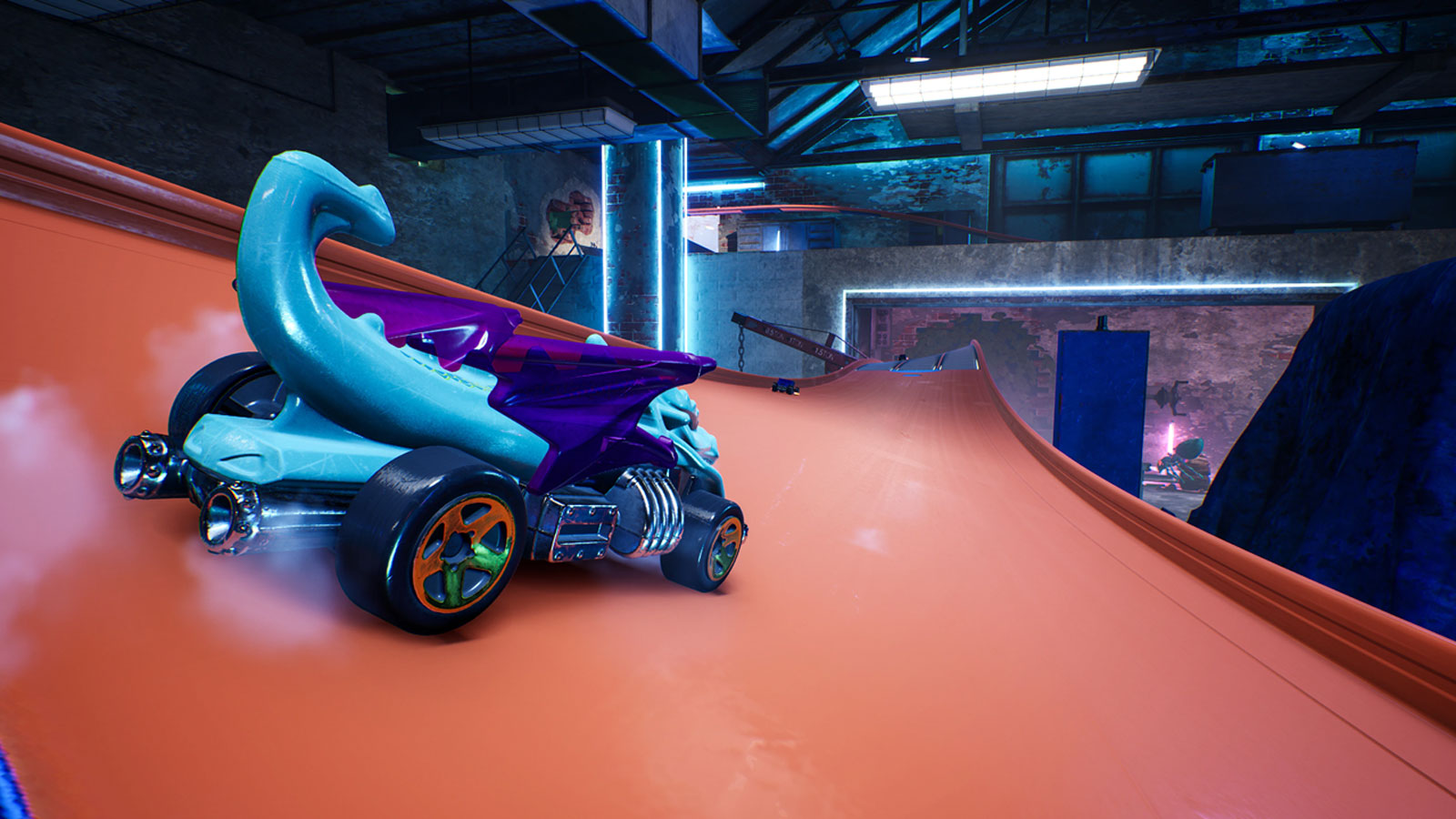 When I look back on my childhood, I tell myself just how good it was to grow up in the nineties. It may surprise some of you, but before the rise of the Internet and video game consoles and/or iPads were in nearly every household, kids (and adults) had to make their own fun. Sounds boring I know, but that’s how it was ‘back in our day’. For some of us, toy cars were a staple of our playtime diet and Hot Wheels was always a favourite for those lucky enough to have them. Despite traditional toys suffering a decline in popularity over the years, Mattel’s famous toy car brand has still remained a household name thanks to several adaptations in various mediums including over 30 video games or crossovers. Milestone is the latest developer to bring the toy cars to life with Hot Wheels Unleashed, and I was able to get a taste of what they have in store for players when the game launches on September 30, 2021.

The preview build had 33 different cars available and the attention to detail is amazing, with the car models being incredible recreations of their die-cast toy counterparts. Seriously, it’s nuts. You can actually see the different materials, such as plastic or metal on the cars, and Milestone has also included details on when each model was released. The full release will see 60 different cars feature, and with all the cars in the preview being from between 2011 to 2021, I do hope they include some older models.

When it comes to racing games, I’ve always preferred arcade racers over simulations and unsurprisingly Hot Wheels Unleashed falls into the former. Different cars have different levels of speed, acceleration, braking power, handling and boost, but it never shies away from its arcade roots – it focuses on what Hot Wheels is known for and that’s having fun. Still, there is an element of challenge to the gameplay, with the drifting mechanics in particular difficult to master. The one downside to the racing is that there no option to race in first-person, my preferred camera view. 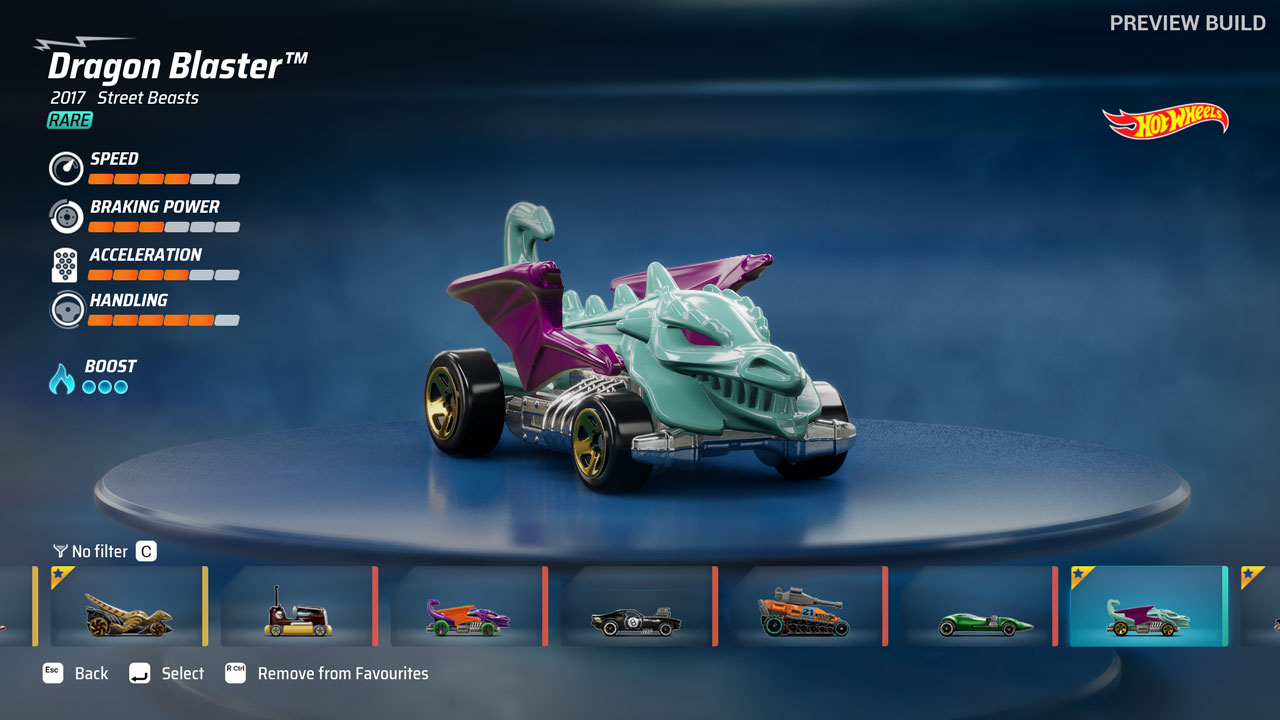 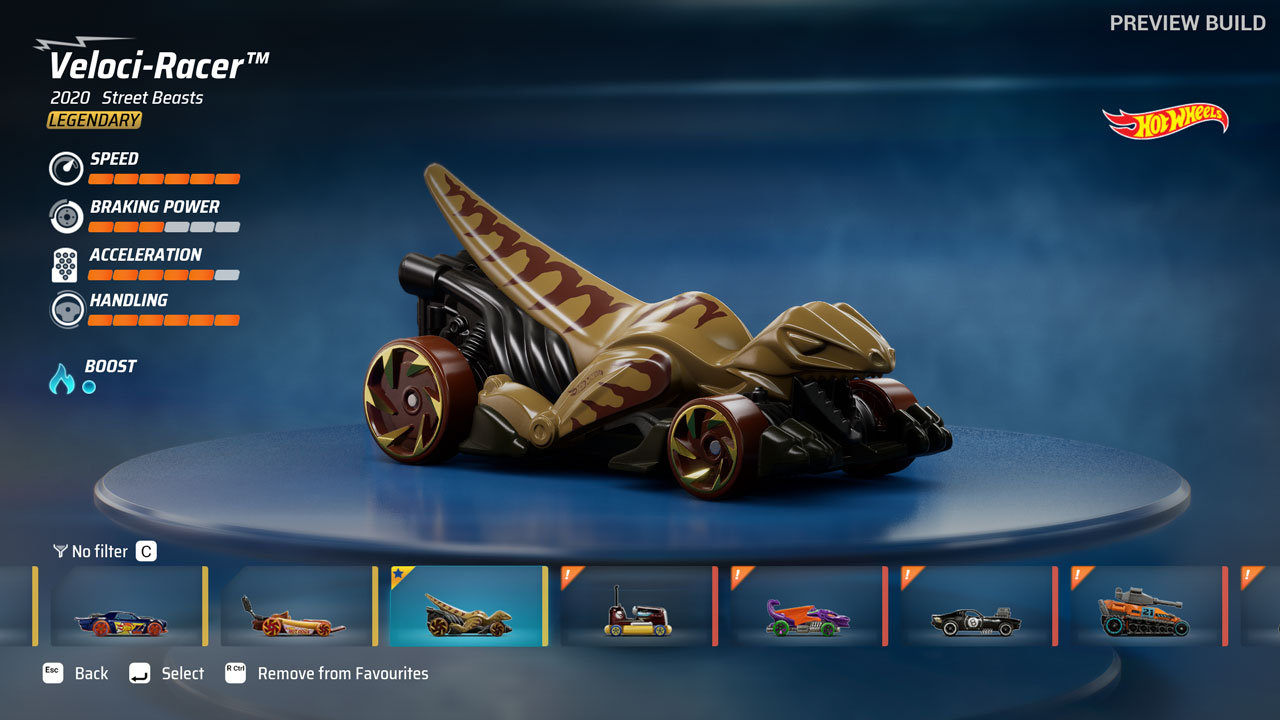 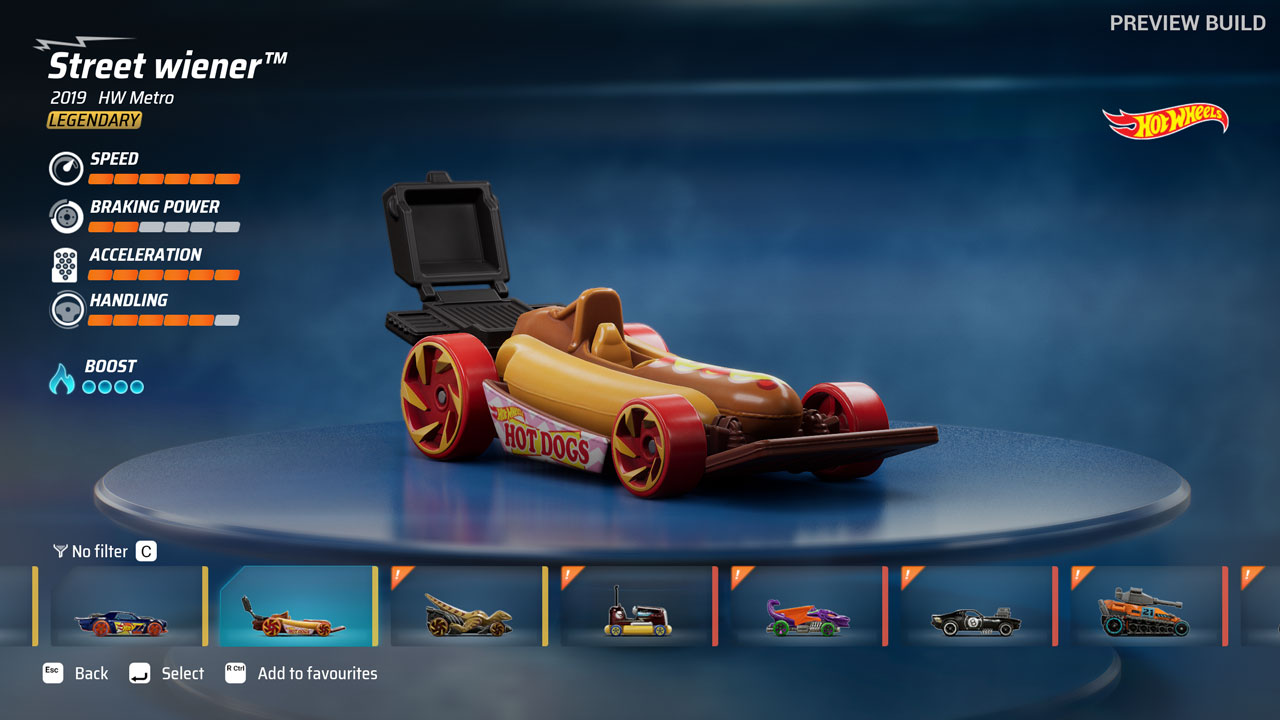 The detail is incredible

If you’re keen to fang around tracks that remind you of the ones you built when you were young then you’re in for a treat. In the preview I had access to nine tracks across four locations, and like with the car models, Milestone has done an excellent job at making you feel like a kid (or big kid) again, with tracks including loops and jumps, as well as obstacles like spiders shooting webs or blocks that will stunt the regeneration of your boost that need to be avoided. There are also speed boosts built into the tracks that players can take advantage of and using these with your car’s boost can lead to some serious speed. However, you’ll need to learn when is the best time to drain your boost juice, because doing so at the wrong time can send you flying off the track when going over a jump, forcing you to respawn and setting you back in the pack. But that’s where the fun with Hot Wheels lies, building up crazy speed, getting enough airtime that you start netting frequent flyer points and doing it all a car designed as a  hot dog or dinosaur.

Track design varies between the famous orange plastic (and other colours) Hot Wheels track and environmental aspects. So for example, while it’s mostly played out on the race track, the garage level will utilise air vents as part of the track whereas the college campus level will see you race on tabletops. The tracks could probably use a little more use of real-world environments to mix them up a bit, but it’s not the end of the world.

While the preview build only gave me access to the Quick Race and Split Screen modes, Milestone has said that when Hot Wheels Unleashed launches in September it will include a track builder, online multiplayer and a career mode. Furthermore, there will be no microtransactions, with all in-game upgrades and purchases made from the currency you’ve earned.

Without a doubt Hot Wheels Unleashed is shaping up to be one of the year’s most enjoyable titles; it looks great and plays great, the two main things you want from a racer of this type. It probably won’t have the long-term appeal of a Forza title, but Hot Wheels Unleashed could be that quick little adrenaline rush we all need once in a while, and most of all, it reminds us just how much fun it is playing with toy cars.